South Africa: UPL Was Only There to Kill Us, Say Shack Dwellers 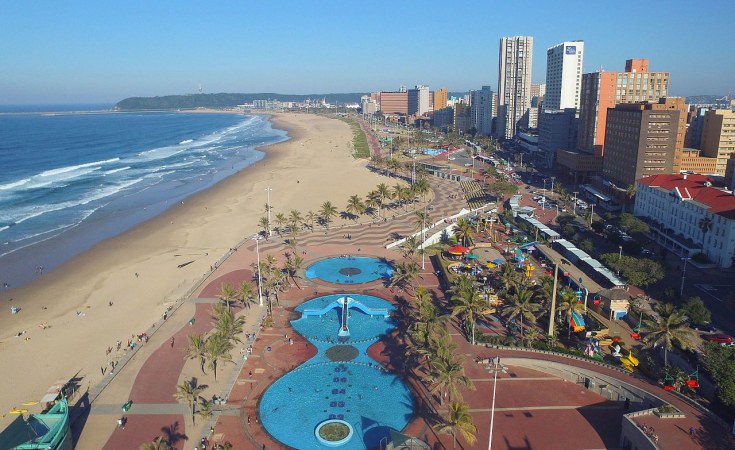 Residents of a shack settlement in Cornubia on the North Coast of KwaZulu-Natal continue to suffer from ill health after a toxic chemical spill. And the company responsible does not seem to care.

South African environmental activists as well as residents of Cornubia, a mixed-use area north of Durban, have slammed Mumbai-based agrochemical company UPL for its conduct before and after a chemical spill that has been described as one of the biggest disasters in the country in the past "30 to 40 years".

Rajen Naidoo, an occupational and environmental health specialist at the University of KwaZulu-Natal, used these words when he was testifying about the spill that followed an arson attack on UPL's warehouse during the July riots in the province. His testimony formed part of the South African Human Rights Commission's investigative hearings on the riots, which are taking place in Umhlanga.

The UPL warehouse was set ablaze on 12 July and then exploded, causing extremely hazardous and toxic agrochemicals to spread to the beaches, rivers, soil and air to the north of Durban for several days. Contaminated beaches were only partially reopened for recreational purposes on 2 November to ensure the safety of beachgoers.

Following the explosion, social justice groups and residents demanded that the company take responsibility for the environmental effects of the spill and called for stricter regulations - which were seemingly ignored when the warehouse was established - to be enforced.

Representing the UPL Cornubia Fire Civil Society Action Group that was established after the chemical explosion, Naidoo said the company tried to place the blame solely on the arson attack, but there were questions about whether it had been complying with environmental regulations before that.

"There's one narrative that the company tried to push along the way and that was they had a diminished responsibility. This [spill] was largely a result of this protest and it had nothing to do with them. We would like to go a step back ... and [ask] when UPL set up this warehouse, what were the parameters and did they follow all the national and local regulations? We argue that, to a large extent, they did not do this and this then resulted in the consequences that followed," said Naidoo, adding that the warehouse was always "a disaster waiting to happen".

Naidoo said the longer-term health implications of the chemical spill were still unknown because the results of an investigation by private consultants hired by UPL had been withheld from the public.

"Primarily, the company failed to provide information and clear direction on how the community should respond. Massive dispersion of the most hazardous chemicals, some of which are banned internationally, some which cause extreme health implications... The community had no information. They were only told to stay indoors and wear a mask."

At the mercy of pollution

Kwanele Msizazwe, speaking on behalf of residents from the Blackburn Village shack settlement, testified that they continued to bear the brunt of the effects of the spill, with complaints about eye irritation, chest problems and blocked noses. Their health was still deteriorating and their children remained afraid of a nearby river that is used to irrigate crops and for fishing, washing and swimming.

Msizazwe said the harmful effects of the spill were worsened by the lack of healthcare in Blackburn Village, which is home to about 8 000 people. "We don't have access to a clinic, we only have a mobile clinic that comes to the community once a week."

He also said the company had never given residents "employment opportunities", adding: "They were only there to kill the people of Durban north."

According to Msizazwe, the river's water changed colour three days after the spill and residents were warned to stay away from it. "After a week or two, we saw some government representatives and then later those who were cleaning the river. Someone from UPL gave us forms and about 400 of us signed [them]. We thought we would be able to get medical attention and compensation after that, but we were later told that the company would only take responsibility for those with direct health effects. UPL did their analysis and never came back to us."

A report on the findings of an interdepartmental investigation into UPL published in August said the volume of chemicals stored in the warehouse significantly exceeded 500m³. It therefore constituted a listed activity that may not commence without environmental authorisation in accordance with the National Environmental Management Act.

"It is the view of the investigative team that UPL may not have undertaken the necessary assessment required in terms of the Occupational Health and Safety Act read with the Major Hazard Installation (MHI) Regulations ... Considering the volumes and nature of the chemicals stored at this particular location, it is reasonable to conclude that the facility fell within the definition of an MHI and was subject to the legal requirements for such installations," the report said.

Minister of Forestry, Fisheries and the Environment Barbara Creecy opened a criminal case against UPL at the Verulam Police Station on 6 September.