Botswana: To Reveal or Not to Reveal Omicron Origins, Botswana's Dilemma 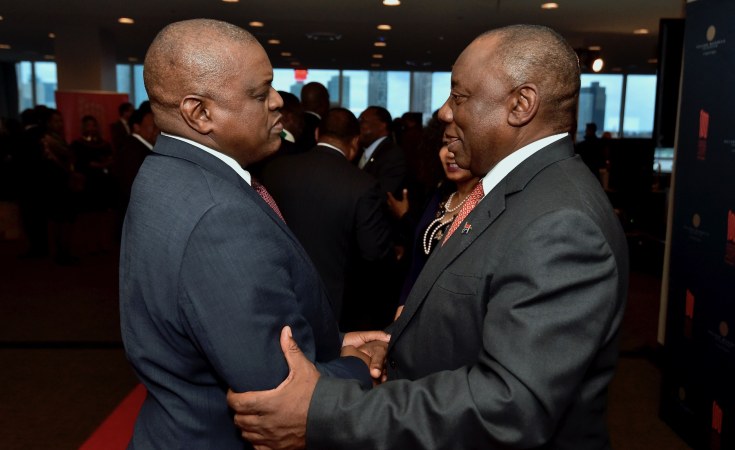 Gaborone, Botswana — World health experts are still searching the origins of the omicron variant of the coronavirus. But in Botswana, where the variant was first reported, officials say what matters is that it was discovered, not where it came from.

Amid questions over the origins of omicron, a new and highly transmittable variant of the coronavirus that causes COVID-19, Botswana says the focus should be on finding solutions to the pandemic.

Botswana and South Africa were the first to report the new variant, which is said to be highly contagious and has spread around the globe.

Initially, omicron was thought to have originated from Botswana, but the southern African country was quick to dismiss the reports.

President Mokgweetsi Masisi, in an interview with CNN Thursday, said the variant was detected in diplomats who visited Botswana but had passed through Europe.

But some scientists, including South African-based Richard Lessells, who was part of the team that discovered the new variant, say it is key to tracing the origins of the variant.

They argue, one key way out of a variant puzzle is to trace genetic origins, which is why it is matters to know where omicron originated.

Trevor Bedford, a computational virologist and professor at the Fred Hutchinson Cancer Research Center in the U.S. city of Seattle, is also involved in researching omicron's origins.

He told U.S.-based National Public Radio that identifying the source of the virus would help scientists assess the potential threat of the variant through educated guesses.

For instance, he says, if omicron had been evolving out of sight in a large population of humans over a period of months, it could suggest the variant is less transmissible.

But Botswana Minister of Health Edwin Dikoloti says tracing the variant's origins will only stigmatize the country where it is traced.

"Where the virus originates from is not important. We are not going to be geo-politicizing this virus," Dikoloti said. "What is important is to applaud our scientists, who have discovered or found this virus to make the world aware of it so that we can act quicker to reduce transmission."

Dikoloti says Botswana will not disclose the nationalities of the four diplomats and their countries of origin.

President Masisi says Botswana and South Africa are paying the price for the discovery of omicron, after other countries placed travel bans on several African countries following the announcement.

Instead, he says the scientists who discovered and reported the variant should be celebrated.

"I would like to applaud our scientific community for their efforts in monitoring the variant and being the first to sequence the omicron variant of concern and making information available to the international community," Masisi said. "The response by some countries to our detection of the omicron variant is unfortunate as it appears to have caused unnecessary panic amongst the public across the world."

President Masisi describes the ban on mostly visitors from southern Africa as divisive.

"Even if they did not originate in Europe, I make no sense of these travel bans. These travel bans, if I were to be more candid, are nothing but a manifestation of neo-imperialist thinking," Masisi said. "These travel bans, if I can be very direct, are very paternalizing and very divisive, and they undermine our belief systems in multilateralism. They question our confidence in proclaimed addiction to principles of human rights."

While the new variant is said to be highly infectious, in Botswana, with a population of about 2.4 million people, the infection rate has been rather slow, with only 24 reported cases, all of them with mild symptoms.

While Botswana maintains it is not important to report the place of discovery of the omicron variant, scientists like Bedford and Lessells argue it is critical to find out where it came from in order help fight it.