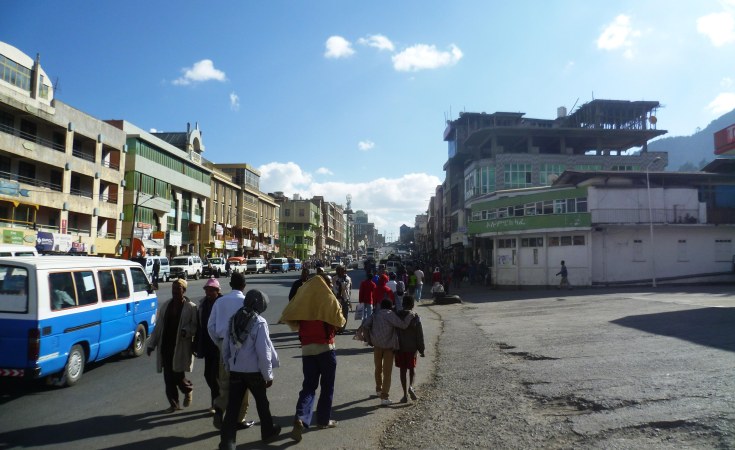 Dessie and Kombolcha are now the front lines of the ongoing Tigray conflict. Ethiopian forces have claimed they have taken the key towns but Tigrayan forces say they made a planned withdrawal.

Ethiopia's government claimed on Monday it had recaptured strategic towns from forces aligned to the Tigray People's Liberation Front (TPLF).

Dessie and Kombolcha have been "freed by the joint gallant security forces," the government's communication service tweeted.

TPLF spokesman Getachew Reda, however, tweeted their forces left the two towns "as part of our plan."

The towns are on the main road about 400 kilometers (249 miles) from the capital Addis Ababa and were taken by the TPLF forces just over a month ago.

Ethiopia Prime Minister Abiy Ahmed, himself now on the front lines, told the state-run Ethiopian Broadcasting Corporation that TPLF forces suffered "heavy losses and (were) unable to cope with the strike by allied forces."

The Nobel Peace Price winner added: "The enemy will be hit and the victory will continue."

Gains could be temporary

When Dessie and Kombolcha were captured in October there were fears that the TPLF and its ally, the Oromo Liberation Army, were marching on the capital.

A counter-offensive has since seen the Ethiopian military push the TPLF forces back in the Amhara region.

Last week pro-Abiy forces recaptured the UNESCO World Heritage site of Lalibela, as well as the town of Shewa Robit.

"I think it's a question if the Tigray forces can hang on to the remaining strongholds they have in the Amhara region, or will they possibly be pushed back completely to Tigray," William Davison, senior Ethiopia analyst for the International Crisis Group, told DW on Monday.

"Is this just a temporary sort of tactical maneuvering, a temporary setback, and soon they will be back on the offensive? We'll have to wait and see."

The conflict is having a devastating impact

The conflict, which started in November 2020, has displaced more than two million people. The UN says it has driven hundreds of thousands into famine-like conditions.

There have been reports of massacres and mass rapes by both sides.

Last week, the UN undersecretary for humanitarian affairs, Martin Griffiths, warned the violence that could "fracture" the country.