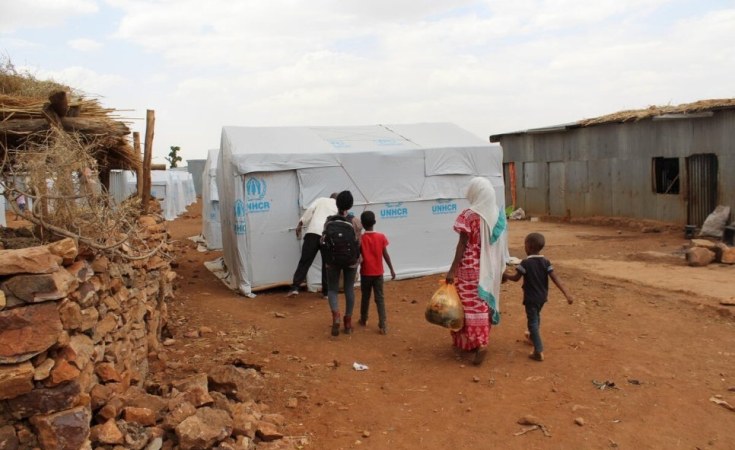 Abuja — The United Nations High Commissioner for Refugees (UNHCR) has revealed that Cameroonian refugees in Nigeria are now over 70,000.

UNHCR, while stating that of the over 70,000 refugees, added that nearly 80 per cent of them are women and children.

The UNHCR's Country Representative, Chansa Kapaya, in a statement on Monday, said: "This is not just a number, these are people behind these numbers, mothers, fathers, brothers and sisters, people just like you and I, that have been forced to flee their homes to seek safety and save their lives. 70,000 refugees are 70,000 daughters and sons."

She lamented that their dreams and plans were disrupted by violence in the North-west and South-west regions of Cameroon where a conflict between secessionist non-state armed groups and the army are displacing people from their homes since 2017.

She noted that recent arrivals and UNHCR's protection monitoring confirmed killings, abductions, forced evictions and other forms of violence, with armed groups attacking schools and hospitals.

She said over 8,000 Cameroonian women, men and children have arrived in Nigeria's Akwa Ibom, Anambra, Benue, Enugu, Cross River and Taraba States in the past 12 months, many in hard-to-reach rural areas.

She disclosed that UNHCR, together with the National Commission for Refugees, Migrants and IDPs, registered them, with 59 per cent refugees found in local communities and the rest live in four settlements which UNHCR helped built on land generously provided by the government.

The statement said Nigeria has a progressive open-door approach to refugees, allowing refugee girls and boys to go to school just like nationals and their parents to work where they can, and with support from UNHCR, Nigeria provides primary health care to refugees and nationals alike.

Kapaya said: "UNHCR commends Nigeria because it is on its way to become a champion in implementing the Global Compact on Refugees, but Nigeria needs support."

She said the most pressing needs of Cameroonian refugees are food, shelter, improved health care and education as well as livelihood opportunities.

She said with rising food prices, the economic impact of COVID-19 and the refugee influx, needs are on the rise with serious risks of gender-based violence and negative copying mechanisms such as begging and survival sex.

The amount of support UNHCR can deliver is increasingly falling short. Cash for food, for instance, had to be reduced since 2019 due to insufficient funding.

The statement said $97.7 million is needed to respond to the needs of a total of some 78,000 refugees and asylum-seekers of different nationalities and to IDP needs - protection, camp management/coordination, shelter and non-food items such as blankets and jerry cans.

The statement lamented that so far, not even half of this amount (45 per cent, as of 23 November) has been received.