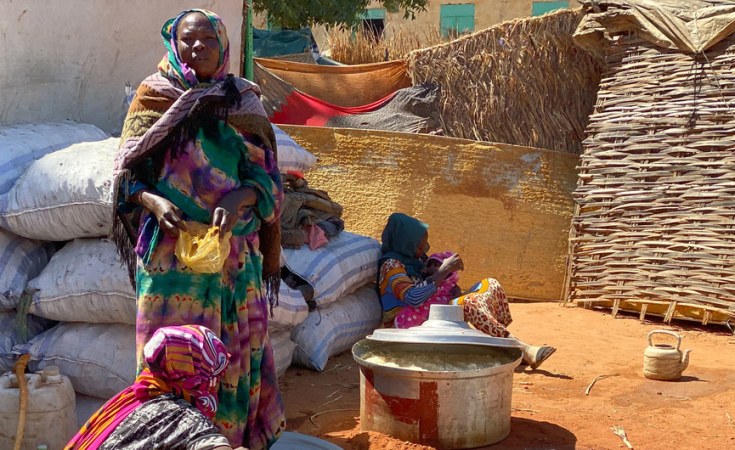 Kereinek — An as yet unknown number of people have been killed and two others were injured as a result of and attack launched by armed men on Kereinek in West Darfur on Sunday. People from Kereinek said that the attackers surrounded the town from the early morning and launched an attack with heavy weapons, and burned the Abuja camp for the displaced and a number of northern and western neighbourhoods.

The attack continued for long hours on Sunday, and smoke covered the sky of the town amid the sound of heavy weapons. It was not possible for the people to count the number of casualties due to the continuation of the attack, while a large number of people and IDPs were displaced due to the attack.

"A force affiliated with the Sudanese Alliance led by Khamees Abakar, was ambushed on its way to Kereinek on Sunday. Sources told Radio Dabanga that the ambush resulted in the death of three people and , wounding of 10 more. The ambushers destroyed two vehicles and seized three.

People in the area accused affiliates of the members of the Rapid Support Forces (RSF) militia of transporting the attackers to the Kereinek border, and they accused RSF groups of actually participating in the attack.

They explained that the forces from El Geneina provided security for government facilities only and did not contribute to securing the public. They pointed out that the attack came against the backdrop of a quarrel in the town market on Saturday that escalated into clashes that killed more than four people and wounded five.

For his part, the medical director of Kereinek Rural Hospital appealed to all medical personnel to immediately go to the hospital to treat the injured cases due to the lack of medical staff, while medical sources indicated a significant increase in the number of wounded.

On the other hand, people of El Geneina reported to Radio Dabanga that an employee of the West Darfur customs office in the city, while El Geneina witnessed tensions and the closure of the market and government and private facilities against the background of the attack on Kereinek.

Gunmen opened fire on the forces stationed in front of the West Darfur government offices in El Geneina and fled.

The precise toll of dead and wounded is still being ascertained. The Jebel Moon region has witnessed successive attacks since November, which have resulted in deaths and injuries and in the displacement of thousands of people.

The Acting Governor of West Darfur Mohamed Aliyu acknowledged the existence of security problems in North and West Darfur this week and said that they were perpetrated by those "taking advantage of the deteriorating security situation in Khartoum".

Protests After Farmers Are Murdered in South Darfur