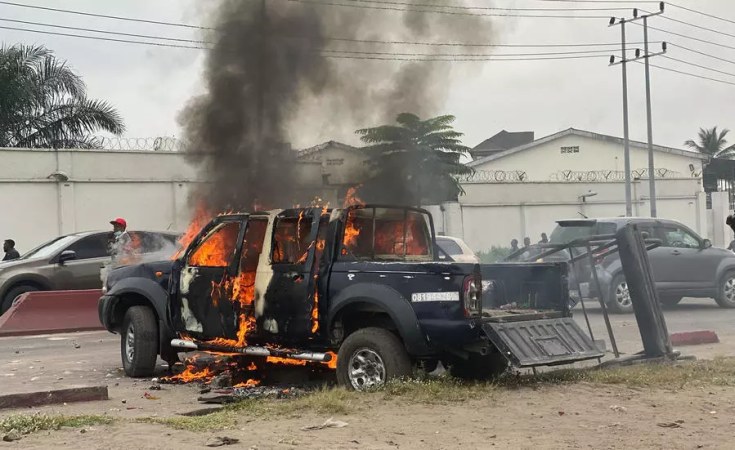 The United Nations Security Council will on Monday afternoon meet for a briefing on the sanctions against the Democratic Republic of Congo as the African nation battles renewed insurgencies.

Of immediate concern is the 'State of Siege' imposed on two eastern provinces of Ituri and North Kivu since April to contain an insurgency.

Both provinces have experienced an upsurge in attacks by militia, including a recent massacre of more than 50 people in a refugee camp in Ituri.

DRC has been under restriction from the UN Security Council, and countries are barred from shipping arms or weapon-making material, providing professional advice to the military, FARDC or training, unless with express permission from the Sanctions Committee of the Council. These measures are due to expire next July.

Faced with the current situation, however, the 15-member organ is likely to support a 2021-2023 action programme endorsed by DR Congo's parliament to implement reforms in security forces, justice system and constitutional affairs, seen as the long-term solution to the country's problems.

The Council has invited Bintou Keita, the Special Representative of the Secretary-General and Head of the United Nations Stabilisation Mission in the DRC (Monusco), and the Chairman of the 1533 DRC Sanctions Committee, Abdou Abarry of Niger, to brief the Council in the open, before venturing into closed discussions.

Bintou Keita is expected to give an overview of the latest report of the Secretary-General on the Democratic Republic of Congo, which was issued on December 1, covering the two previous months.

In that period, the DRC appointed the 12 members of the National Independent Electoral Commission (CENI), including its chairman Denis Kadima, after protracted wrangling in the National Assembly.

The Catholic Church, which had opposed Kadima's appointment, left the Religious Denominations platform in protest.

Father Donatien Nshole, Secretary General of the National Episcopal Conference of Congo (CENCO), said he regrets a "climate of mistrust that could lead to elections that are contested in advance and which would therefore seriously undermine national cohesion and social peace".

Mistrust still exists in the electoral process that has just been launched. Opposition parties are demanding "consensus" on electoral reforms. Former President Joseph Kabila's Common Front for the Congo reiterated its refusal to send members to the Electoral Commission.

The land and aerial bombings have already raised concern as to whether there is precision to avoid targeting civilian residences. A Uganda People's Defence Forces (UPDF) spokesperson on Saturday denied allegations of indiscriminate bombing.

The duration of the joint operation has not been made public.

Matthias Gillmann, spokesman for Monusco, told The EastAfrican, "there must be coordination between what is going to be done in the framework of these operations and the presence of Monusco in the same theatre of operations".

Monusco's mandate is expected to expire on December 20 but there are negotiations to extend it, albeit by altering its focus to go beyond humanitarian and security issues. It may all depend on how convincing Keita is at the Council, including explaining an elaborate plan with Congolese authorities to implement a transition plan.