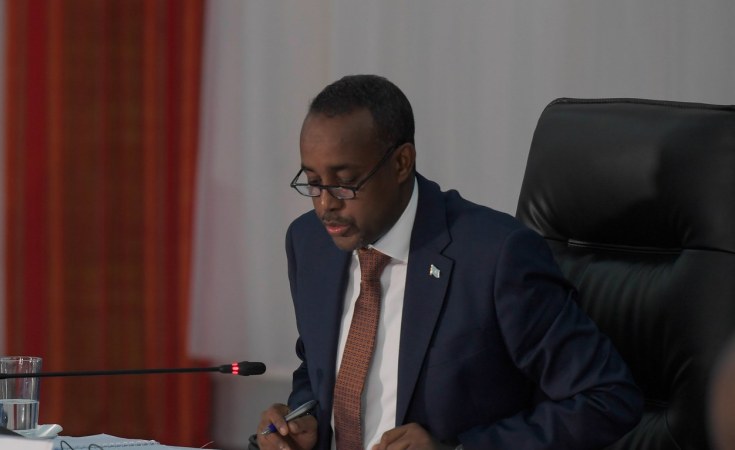 Mogadishu — Somali Prime Minister Hussein Roble has welcomed a decision taken by the Federal Electoral Implementation Team (FEIT) to suspend confirmation of election to two seats of House of the People (Lower House of the Parliament) that were the subject of a dispute.

"I appreciate your decision in respect of the trustworthiness of the FEIT's actions," PM Roble said.

FEIT said the election of the two had not followed the right procedure.

The PM also urged the Federal Electoral Dispute Resolution Committee to discharge its functions in a legitimate manner, consistent with the agreements and procedures on the electoral disputes.

Roble reacted to the FEIT decision to review the outcome of two seats of the Lower House elected in Baidoa town, the interim capital of South West State. The seats were labelled HOP# 154 and HOP# 103.

On Sunday, FEIT issued a statement addressed to the State Electoral Implementation Teams (SEIT) and copied to PM Roble saying the election for the two positions did not follow the laid down procedure.

"The seat HOP# 154 elected in Baidoa town on 29 November is inconsistent with a procedure established on 1st October 2020. Therefore, its result is nil and void," FEIT said.

FEIT suspended the outcome of an election of seat HOP# 103 that also took place in Baidoa town. Ahead of the voting, the Federal Electoral Dispute Resolution Committee considered a complaint and ordered the postponement of the election, which the SEIT of the South West State ignored.

The FEIT also underlined that there were a number of complaints related with elections in Galmudug State, Central Somalia, that are under review.

Government Spokesman Mohamed Ibrahim Moalimu, who read the prime minister's statement, said Roble attached a lot of value to the importance of all electoral stakeholders respecting the procedures and agreements reached.

The parties mentioned in the statement included the National Consultative Council and various levels of the electoral teams.

The premier reiterated the magnitude of having a clear authority to choose the election delegates.

"Before any voting takes place, the delegate-choosing authority must be established, including identification of the clan leaders and representatives of the civil society," Roble said in the statement.

"Nobody is allowed to interfere in the delegate selection process by the clan leaders and the civil society representatives to whom the seat belongs."

The PM reiterated that the electoral teams at federal and state levels and the dispute resolution team should ensure that clan leaders, civil society representatives and the electoral candidates all meet the set criteria.