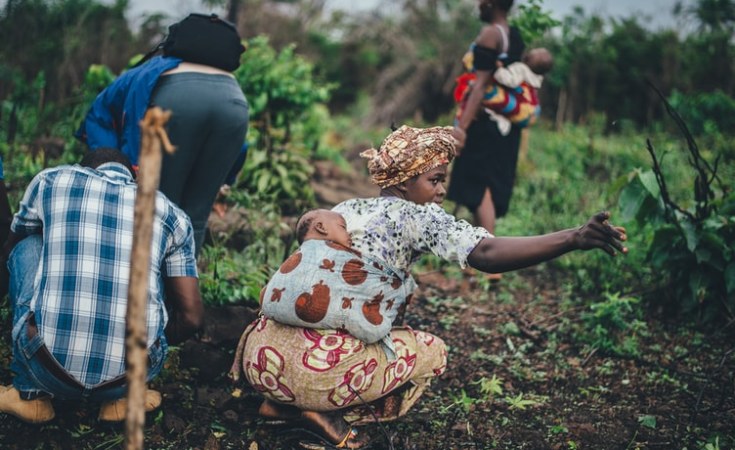 Monrovia — BRAC Liberia has begun the Liberia Food Security and Rural Capacity-Building Project. The initiative that is expected to target new smallholder farmers' household in Margibi, Bong and Nimba Counties for a period of three years.

The project which is worth US$3 million is being funded by the King Philanthropies, a philanthropist organization founded by Bob and Dottie King in 2016.

Giving the overview of the project, the Interim Country Director of BRAC Liberia Madam Paroma A. Husain said the project is in its second phase since its launch in January 2021.

"The project started January 2021 but due to the COVID-19 we could not have an in person event until now," BRAC Interim Country Director disclosed.

According to her, the lesson learned from phase one has influenced the design of phase two. The goal, she says is to improve food security while reducing poverty and malnutrition in Liberia.

"We do acknowledge that the food and agriculture sectors have a long way to go in Liberia. So, today we are privileged to have many of the key actors in the sector in this room and I want us to have the opportunity and learn from each other," Madam Paroma said.

"Agriculture contributes to the livelihood of our people - constituting 60 percent. Investment in into agriculture will go a long way to reduce poverty," George said.

George further stated that Liberia is a huge import-based country. He said, investment in agriculture will do well for Liberia.

The Central Level Animal Health Surveillance Officer also frowned on the use of traditional equipment by farmers, something he said is hampering the farming activities in the country.

"BRAC Liberia has been our partner since 2008. They have done well to reach in the areas where government cannot reach and we want to say thank you for the good work," George said.

He added: "Today, the Agriculture Ministry is here to honor this initiative. We are aware of the huge milestone."

Also, the Program Manager of BRAC Adolphus B.W. Doe said the project has a plan to build linkages with the Ministry of Agriculture to provide sustainability to farmers throughout the country.

"Our mission is to empower people and communities within situations of poverty, illiteracy, diseases, and social injustices. Our intervention is to have positive changes through economic programs to enable men and women reach their full potential," Mr. Doe said.

Also, speaking, the Superintendent of Bong County Esther Walker praised BRAC Liberia for the level of work done especially regarding farmers in the country.

"When BRAC Liberia presented documents at my office I was so skeptical but for the past eight months, my visitation to the various sites and what I have seen for myself and to come to see today's presentation -I just want to say to BRAC Liberia bravo under the Ministry of Internal Affairs, because I mention the project in my report to my boss and he had been wondering how far is the project and so, let's continue to work together. I want to Congratulation you again and we are satisfied with your works based on our visitation on those sites," Madam Walker said.