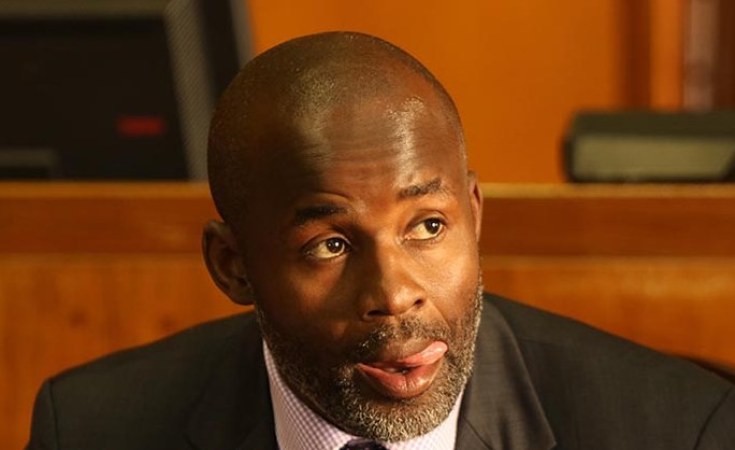 The Grain Marketing Board has seized more than 40 tonnes of maize belonging to Norton Member of Parliament Temba Mliswa that was destined for private buyers despite the fact that the inputs used were funded through schemes mandatory for the GMB, legislators heard yesterday.

The committee chaired by Gokwe Nembudziya MP Cde Justice Mayor Wadyajena had invited officials from the Ministry led by Permanent Secretary Dr John Basera and its parastatals, including GMB, for a post budget consultative meeting.

Cde Wadyajena asked Mr Mutenha if he had not misled the public by implicating Mr Mliswa over illegal sale of maize given that the legislator had denied the allegations.

But Mr Mutenha said he stood by his words that Mr Mliswa was among those people whom they had intercepted with maize and soya beans destined for private buyers.

"The record that we have is very correct, that Honourable Mliswa was caught by our staff delivering or taking maize to Selous, Chegutu, that there was no movement permit at all, and we have documentary evidence if the committee wants that information and we know where it was going. That is why up to now he has not even sued me because he knew that what he was saying was not correct. And the matter is before the courts right now," said Mr Mutenha.

Mr Mliswa had denied the allegations saying the accusations smacked of an agenda.

"Failure to do so, I'll be suing them. No maize has been seized and it's there at my farm. If it was seized then it should be in their possession and I put this to the strictest proof thereof," said Mr Mliswa on his twitter handle at the time.

Government has invoked Statutory Instrument 97 of 2021 which restricts selling of maize and soya beans only to registered buyers.

In terms of the provision no one is allowed to sell maize to anyone other than GMB unless the farmer was financed by a bona-fide contractor registered by the Agricultural Marketing Authority.

All maize grown under the Pfumvudza and Command Agriculture schemes must be sold to the GMB and this is the vast bulk of the crop. Offenders found to be in violation risk forfeiture of the grain they try to sell in side marketing deals and pay a fine three times the marketing value of the controlled product in their possession.

Mr Mutenha said there was need for more funding to GMB so that the country had a large enough strategic grain reserve.

"This means that sales to millers and stockfeed manufacturers will go down from 716 000 tonnes to 435 000 tonnes and also social welfare will go down," he said.

In his evidence, Dr Basera said they will properly capture grain deliveries so that they correctly reflect place of origin.

Mberengwa North MP Cde Tafanana Zhou (Zanu-PF) had raised concern that statistics for grain delivery in terms of provinces were not accurate because some provinces were credited for having high deliveries despite the fact that some farmers from other provinces would have delivered to depots in that province because of their proximity.

Dr Basera concurred and gave examples of some commercial farmers, in Kwekwe whom he said preferred to deliver in Chegutu or Norton where there are silos, rather than at collection points near their farms, given the convenience of a silo delivery.

Maize for silos either does not need to be bagged or the bags can be immediately returned to the farmer.

Contacted for comment Mr Mliswa said he was keen to give his side of the story in Parliament.

"I am waiting for the chairman of the Parliamentary Portfolio Committee to call me to give my side of the story. If they are saying I have broken the law, then why are they not calling me to answer to my case," he said.