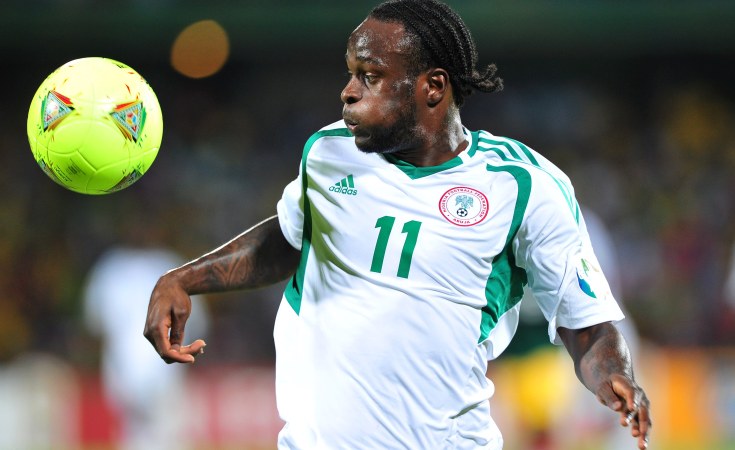 After Odion Ighalo made a U-turn on his international duty with Nigeria after two years in the cold, Victor Moses appears the next one in line to also return to the Super Eagles after three years he quit to concentrate on his club career.

The 30-year-old former Chelsea wing back who has regained his form and doing well with Russian Spartak Moscow last played for Nigeria against Argentina's Albiceleste in final group game at the St. Petersburg Stadium during the 2018 World Cup in Russia.

Moses scored from the spot in that game Nigeria lost 1-2 to the Lionel Messi inspired Argentina and failed to progress to the second round.

Uyi told The Football Showon YouTube yesterday that Moses is returning to don the green-white-green again for another one year.

"He (Moses) will come back, but he's not fussy about it," began the Edo-born football agent.

"He is a professional, he will always deliver.

"I remember I got him an endorsement around the time he quit the Super Eagles and because the deal was tied to the national team, they pulled the plug on it," Uyi revealed in YouTube video.

With 12 goals from 37 international matches with Nigeria, the former England junior international may, perhaps, increase his tally with appearances in both the AFCON and the final World Cup playoff slated for next year.