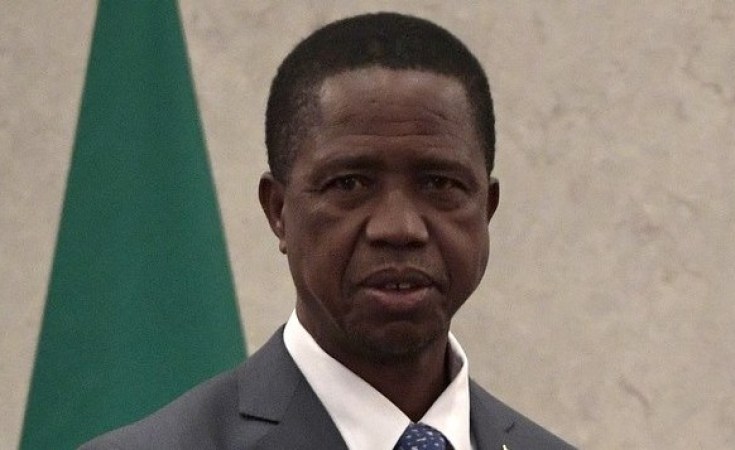 The question of whether to engage International Monetary Fund (IMF) for funded programme or not has been outstanding for some time now.

In political terms, it has been with us since the departure of Movement for Multiparty Democracy (MMD) from Government.

Indeed, this issue has been with us for nearly 10 years and I have written on it for myriad times and using expert information I have answered the question of whether Zambia needs an IMF package or not.

While late President Michael Sata's Patriotic Front (PF) administration seemed barefacedly averse to it, the Edgar Lungu one was merely eluded by it, mainly because of indecisiveness.

As they say 'one cannot have the cake and eat it', but it seems that was what the previous government wanted to do in this matter, resulting in divided or lukewarm attention to the issue.

When the country's economic situation, particularly the financial one, had become direst that was when the administration realised that it needed some external support.

The administration's main motivation at that time seemed to have been the money but the IMF package offers more than just that!

So on January 27, this year we embarked on a two-week article on Zambia's prioritising of getting an Extended Credit Facility (ECF) from the IMF to stabilise the economy.

I indicated that the Zambian government would meet with the IMF officials from February 11 to 13, this year to start negotiations on the matter.

That was according to then Secretary to the Treasury Fredson Yamba.

For some reason, which I am not privy to, the IMF staff team led by David Robinson held virtual meetings, instead, from February 11-March 3 2021.

In the first recent article I looked at a country's eligibility for ECF and other issues surrounding the facility since IMF has a number of other programmes which it can offer to a member country and the ECF is just one of them.

Using the aspect of quotas which are normally reviewed, and possibly adjusted, every five years, I arrived at $1.4 billion as the maximum amount Zambia can possibly can interest-free under the ECF.

I thought that the background is cardinal so that we could all move at the same level in terms of knowing what is at stake before we look at the outcome of last week's meeting.

In its latter era, the PF administration vainly pushed for the IMF ECF.

At one time there were speculations that that were because the IMF did not believe the economic and financial reports from Zambia particularly on issues like debt stock.

For instance, I was assigned to cover then Finance Minister Felix Mutati at the IMF/World Bank annual October meetings at the World Bank headquarter in Washington DC in 2017 where this became apparent to me.

I have told a situation where every time after Mr Mutati addressed a meeting some experts from various United States (US)-based organisations would come to Zambians like me saying:

"We like what this man (Mr Mutati) is saying but do you think he is being supported by everyone back home, especially his president?"

In the end there were meetings after meeting which did not yield much as far as getting a package was concerned.

Some of the thorny issues were economic developments within Zambia, the near-term macroeconomic challenges, and policy options to return Zambia to a sustainable macroeconomic position over the medium-term.

Others were efficiency of the use of public resources, including through debt and expenditure transparency, halting the rise in the cost of domestic arrears and ensuring that the social protection scheme was fully funded with timely payments.

Some of the key challenges that needed to be addressed were detailing the fiscal reform agenda to achieve the large and sustained fiscal consolidation needed to correct current fiscal imbalances.

The others were securing increased fiscal revenues to provide the fiscal space for government to meet its development objectives and bolstering governance as well as the efficiency of the use of public resources.

Amid that, Zambia received $1.33 billion from the IMF's Standard Drawing Rights (SDR) 937.5 million in August this year and last week the country reached a staff-level agreement with the International IMF, inching closer to cutting the US$1.4billion three-year bailout deal under the much-talked-about ECF.

The $1.4 billion is in additional to the $1.3-billion-SDR allocation from the fund.

According to Finance Minister Situmbeko Musokotwane, the package, subject to board approval, will be provided over the next three years and is key in reinvigorating the country's ailing economy.

Reaching the staff-level agreement is one of the new government's objectives set by President Hakainde Hichilema who clocked 100 days in office last Thursday.

As the result of the policies underpinning the IMF programme, the Government will prioritise human development and meet critical Government programmes including social sector spending in health and education.

According to the government, the policy package reflects the Government's objectives such as the provision of bursaries and meal allowances to vulnerable students as well as implementation of the decentralised programmes under the K25.7 million Constituency Development Fund.

Politically speaking, by clinching this deal, the United Party for National Development's New Dawn will have achieved the feat that has eluded the PF administration for at least last seven years of its 10-year rule.