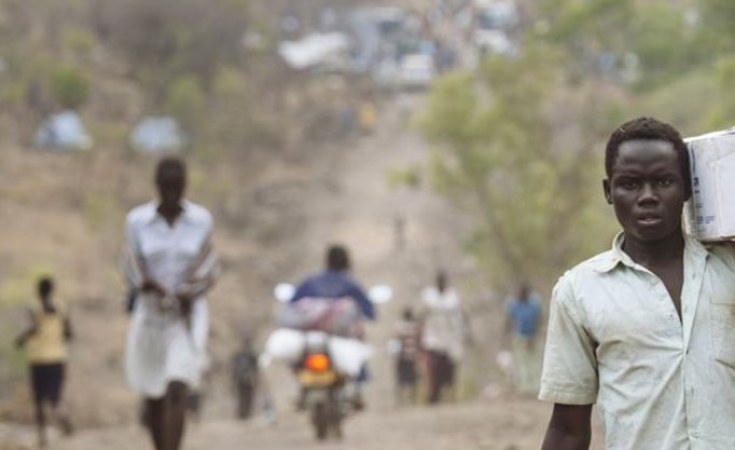 A resurgence of violence between herders and fishers in Cameroon's Far North region - in which at least four people have died - has forced several thousand people to seek refuge over the border in Chad.

Cameroonian authorities say conflict between fishermen of the Musgum community and ethnic Arab Choa herders around the town of Kousseri has claimed at least four lives.

The clashes were sparked by disputes over access to water, RFI's correspondent Madjiasra Nako reported.

The market was burned down and the town cut in two.

Jean-Lazare Ndongo Ndongo, prefect in Cameroon's northern Logone-Chari region bordering Chad, told CRTV state television that "despite the security provisions that had been made, a mob managed to enter the town ... with around 20 shops looted and four people losing their lives".

By Thursday evening at least 5,000 people had fled the violence, crossing the Chari river into Chad, near the capital N'Djamena.

"People are continuing to leave their homes to find refuge here in Ndjamena," said Khalat Ahmat Senoussi, president of the Red Cross in Chad. "They panicked and fled. We are worried because people spent the night outside, with nothing to drink or eat."

A Chadian police source said that "refugees are still arriving, some of them by boat".

The leader of Chad's military junta Mahamat Idriss Deby Itno said the situation was "worrying" in a statement Wednesday, calling for "solidarity and hospitality" for the refugees but also asking the international community for aid.

The Red Cross in Chad said some 14 centres for IDPs have been set up along with the UNHCR and Chadian government.

During a week in August in Cameroon's Far North, 32 people were killed and dozens wounded in clashes between Musgum fishermen and Choa Arab herders.

The authorities said the clashes were sparked by disputes over access to water.

The volatile Far North region of Cameroon is in an area where the Cameroonian army has been battling Boko Haram and fighters linked to Islamic State armed group.