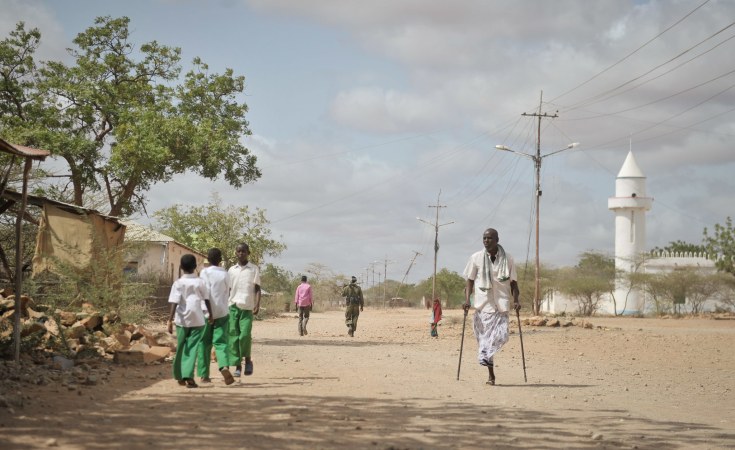 Somalia's Transition Plan, one in which the country hopes to start carrying its own obligations more than donors and international partners, has started taking shape.

And in spite of the fiasco surrounding the much-delayed elections, officials have started meeting regularly to discuss possible working cooperation between the federal government and federal member states often known as FMS.

This week, a two-day consultative meeting held in the Somali capital Mogadishu agreed on the inauguration of the Somali Transition Plan Strategic Steering Committee (STP SSC) on Thursday.

The Federal Government of Somalia led the meeting, but attracted representatives from the Federal Member States, Benadir Regional Administration (Governorship of Mogadishu and surrounding areas), the Somali Security Forces and Somalia's key partners supporting the security sector of the Horn of Africa country.

"After constructive dialogue, the participants have reached an agreement on the mandate of the Strategic Steering Committee (SSC) Secretariat," the statement explained.

Various portfolios including the prime minister's office, the foreign affairs, internal security, interior affairs, chief of defence forces and the police commissioner have all endorsed the key decisions that were reached by the SSC Secretariat on the agreed priorities of the STP for the next quarter.

Somalia's initiative is to have a transition plan to see the peacekeepers serving under the auspices of the African Union Mission in Somalia (AMISOM) exit the country completely by 2023, having begun transferring security duties to local authorities from January next year.

The STP has become one of the uniting issues among Somali politicians despite the AU Peace and Security Council adopting, a couple of months ago, a proposal for a hybrid extension. The African Union organ says AMISOM should transit to an AU-UN peacekeeping force with more technical and humanitarian personnel than combat troops as it is today.

But Mogadishu's leaders say that ignores the concerns of Somalia. In a statement to the UN Security Council last month, Somalia said it will reject any proposals that do not consider its position: That which places Somalia at the centre of the transition by ensuring it takes over gradual duties on security and rebuilding of institutions until it is completely able to run own affairs by the end of 2023.

The country has struggled to hold its elections on time and the UN and the African Union have said this delay was also adding a new hurdle to Somalia's proposed reforms: In security, constitutional review as well as plans to hold the first ever universal suffrage since 1969, by 2025.

The election was initially scheduled to be done by February this year, from November last year. But it has dragged on as parties haggle over which model to adopt. From September, however, the political stakeholders agreed on an indirect formula where the Senate, or Upper House, is voted for by members of local federal state legislative assemblies, and special delegates from each state to vote for MPs in the Lower House.

The Senate polls were completed early last month, but the Lower House vote has been bedevilled with allegations of rigging. Last week, the Prime Minister, Hussein Roble, endorsed a decision to cancel all elections for seats where rigging claims have emerged.

With Somalis generally united under the STP, however, government officials have tended to speak with one voice. The consultative meeting was chaired by Somalia's new Foreign Minister Abdisaid Muse Ali who has recently replaced Abdirizak Mohamed in a limited cabinet reshuffle conducted by Prime Minister Mohamed Hussein Roble.