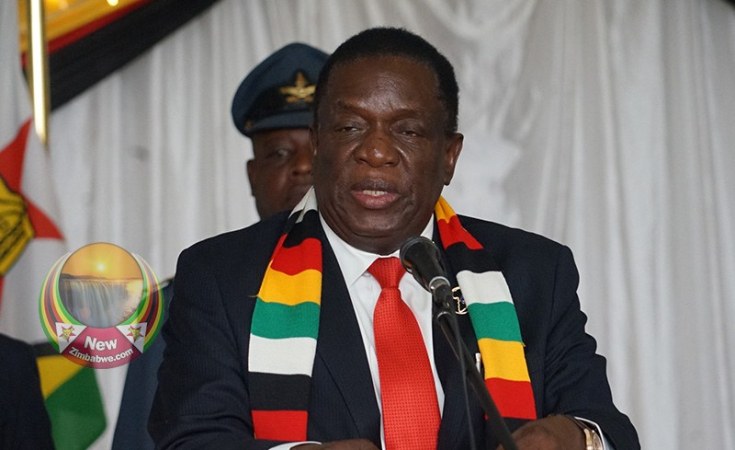 Reports from South Africa indicate that President Emmerson Mnangagwa's administration is fighting hard to keep Zimbabweans domiciled in South Africa there despite Tswane threatening to send them packing.

The South African government has indicated it will not be renewing the temporary work permits given to Zimbabweans based there, implying hundreds of thousands will have to trek back home when they expire at the end of the year.

But, it appears, Harare is not keen to have its citizens back anytime soon amid a worsening economy which could struggle to contain the sheer volume of returnees, with its officials burning the midnight oil in an effort to thwart their return, especially with general elections looming.

Home Affairs Minister Aaron Motsoaledi is reportedly fending off pressure from his Zimbabwean colleagues who are pleading with his government not to deport over 250 000 people awarded the permits.

A lot more are living and working in the neighbouring country illegally.

The Zimbabwean Exemption Permits (ZEPs) were awarded to Zimbabweans already in South Africa and a recent announcement by the South African cabinet revealed they will not be renewed after expiry on December 31, with every holder expected out of the country by end of next year.

"Home Affairs Minister Aaron Motsoaledi has vowed to push ahead with the termination of the Zimbabwe exemption permits issued to asylum seekers, when they expire at the end of this month, despite "tremendous" pressure from the Zimbabwean government and lobby groups not to," popular South African media outlet, News24, reported Monday.

Another publication, The Citizen, also reported: "It also reported that South African government officials were facing pressure from Zimbabwean politicians to withdraw the decision. Motsoaledi said if South Africa did this it would be abusing its own immigration laws."

Capacity to handle millions more of unemployed Zimbabweans, used to making a living has been pointed as another factor not only by government but lobby groups fighting the expulsion.

"Zimbabwe remains a country in turmoil and continues to experience serious economic and political challenges and violence, given that this special dispensation covers a time span of over a decade, many Zimbabweans have built their families, lives, and homes in South Africa," reads a statement by an amalgamation of associations that include Wits University's Centre for Applied Legal Studies, fighting for the reversal.

"Estimates indicate that up to half a million children will be affected by this decision resulting in severe trauma through uprooting their lives in South Africa and exposing them to trauma and suffering in Zimbabwe, undermining the best interests of the child principle enshrined in South Africa's Constitution."

The return might however be in favour of opposition MDC Alliance and its leader Nelson Chamisa ahead of the 2023 elections as they have considerable support in South Africa and the rest of the diaspora.

'Come Back Home' - Govt Urges Zimbabweans Based in South Africa