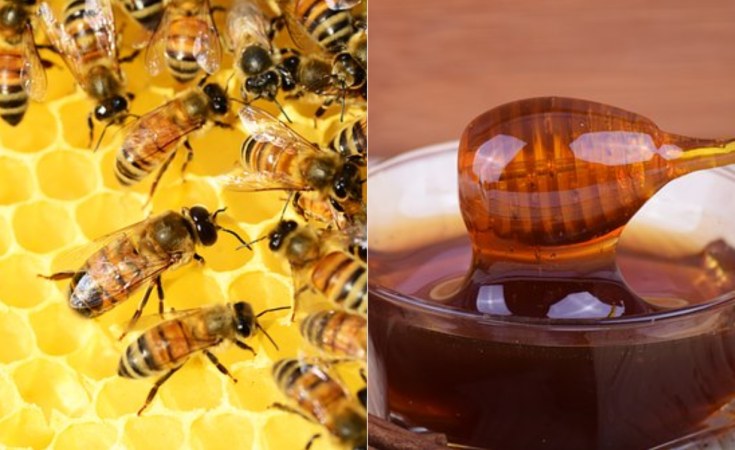 Different factors, mainly the use of chemical pesticides that are not environmentally friendly and destruction of bee habitats, are behind the decrease in production of honey in parts of the country, researchers have found out.

A conservation researcher, Prof Elias Bizuru who is also lecturer at University of Rwanda College of Science and Technology told The New Times that his research has found that, the production of honey is continuously decreasing because of likely land use change and bee population decrease according to his recent research.

"In Nyamasheke district, for instance, the bee population has decreased to such an extent that the productivity of honey has decreased drastically. The production of honey, in one case, shifted from five tonnes per year down to 0.5 tonnes per year corresponding to a loss of 90 percent of honey production," he said, calling for integrating organic farming in agricultural practices.

He said that more research is needed to find alternatives to chemical pesticides.

"Government should establish and operationalize a National policy and schemes in favour of organic farming," he said.

These pesticides are mainly used for crops such as rice, maize, tomatoes, Irish potatoes, eggplants, beans and cabbages among others.

"When some pesticides are used on crops, residual amounts spread into the environment via air, soil, and water. Residual pesticide can be found on numerous crops and some such as Rocket pesticide are toxic to mammals, birds, fish, and other aquatic species," Bizuru said.

Cypermethrin pesticide has also been reported to cause cancer.

"Cypermethrin which is mostly used in rice and maize crops is highly toxic to fish, bees and water insects although it is very low in toxicity to birds," the researcher explained.

Lambda-Cyhalothrin-a fungicide applied on Irish potatoes, he said, is highly toxic to bees on an acute contact basis adding it is very highly toxic to freshwater fish and other species that have no backbones.

The findings are from a study dubbed "Agroecology in Rwanda: status, opportunities and challenges' that investigated the issue of chemical pesticides and chemical fertilizers in eight districts mainly Gisagara, Rubavu, Gicumbi, Nyamasheke, Musanze, Bugesera, Nyaruguru and Huye where at least 2, 635 farmers were interviewed.

Elias Uwizeyimana, a beekeeper in Bugesera district, witnessed that use of pesticides on maize and tomatoes has been threatening honey production.

"I currently harvest between five litres and 10 litres of honey per beehive," he said.

The production is still low considering the potential yield, he said.

"Beekeeping requires a place with forests, flowers and other vegetation species that attract bees far from where chemicals are used," he said.

Solange Uwituze, the Deputy Director General of Animal Research and Technology Transfer at Rwanda Agriculture and Animal Resources Development Board confirmed to The New Times that pesticides are one of the causes that lead to the decrease of honey bees.

She said other major causes of honey production decline include destruction of bee habitat in many areas due to forests harvesting by private companies, deforestation and plantation of forests that are not friendly to bees.

Lack of proper management in some cooperatives, she said, is another factor to low honey production.

"Concerning the honey production affected by pesticide application, the situation is not the same across the country," she said.

This means that from 2017 to 2021 there has been no good increase due to different factors that triggered decrease in bee population.

"RAB has started trying biodegradable and bee- friendly pesticides before their mainstreaming at large scale. We are also facilitating advocacy to plant bee-friendly trees. RAB will continue to work with beekeepers unions to improve the production by availing proper equipment for queen rearing and bees colony multiplication techniques," she added.

According to figures from Rwanda Agriculture and Animal Resources Development Board, the current production of honey is lower compared to a demand of 17,000 tonnes per year.

State Forests to Be Used for Honey Production