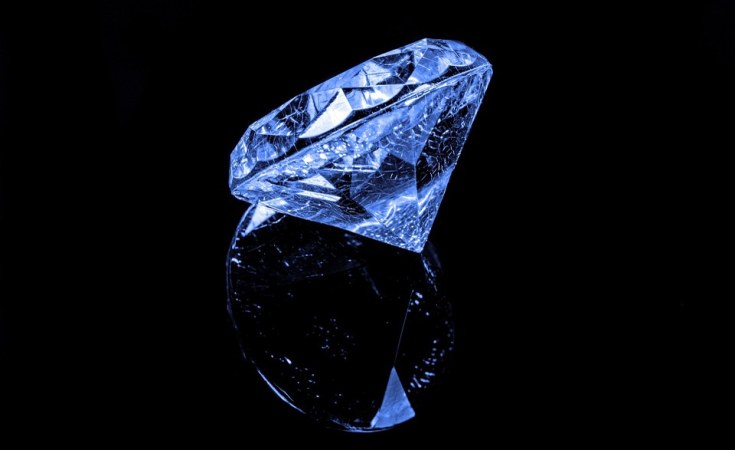 Tanzania now owns 37 per cent of Williamson Diamonds Ltd, the single, largest diamond deposit to be in continuous production for over 70 consecutive years now.

Discovered in 1940, the mine boasts to be the world's longest-running uninterrupted diamond mining operation. The open-pit mine is sprawled on over 140 hectares of land in Tanzania's remote region of Mwadui.

Known scientifically as the kimberlite pipe, the mine is primarily owned by Petra Diamonds Ltd. Tanzania struck the deal early this month increasing its ownership by 12 per cent and cutting down Petra's stake to 63 per cent from a high of 75 per cent.

According to a government media communiqué released by Prof Palamagamba Kabudi, who led the negation's for the Tanzanian side, the East African country will now enjoy 16 per cent free-carried interest from each of the three companies.

As for the Petra owned Williamson Diamond mine, the deal is slightly different with Tanzania agreeing on an issue of shares from the London-listed mega diamond trader bringing the government's interest up by 12 per cent.

Actually, the deal with Petra also has another element in that it holds an economic benefit pact divided into a ratio of 55 per cent for the government and 45 per cent for Petra.

At the end of the day, Tanzania is happy with the deal, the issued share with Petra, the joint ventures with the other three companies all mean more returns for Tanzanians. As a testimony of the anticipated benefits, consider Faru Graphite Corporation which is a subsidiary of the Australia-based Blackrock Mining Company that after this deal comes into play, will be paying to the government of Tanzania close to $3.6 billion every year.

This most recent deal is seen as a realization of an earlier pledge made by incumbent president Samia Suluhu Hassan to rebuild broken investor ties. In that vein, the 6th president of Tanzania who is actually the country's first female president has seen to it that the country reviews its minerals laws as originally set by under the late President, Dr John Magufuli.

As it stands, the mining sector contributes 6.7 per cent to Tanzania's Gross Domestic Product (GDP) however:

"With these joint ventures that we have signed today, I am optimistic we will reach at least 10 per cent by 2025," Tanzanian President Suluhu Hassan has been quoted in her comments of the signed deal.

Seconding the President, Tanzanian Minerals Minister Doto Biteko described the deal signing as a historic win for the country and also as a big deal.'

As for President Hassan's commitment to revitalizing the sector, the Minister said a good example is the fact that since she took power only 9 months ago (March 2021), some 20,277 mining licenses have been issued to investors.

Notably, given that figure, local and foreign investors have been awarded an estimated average of over 2140 licenses issued every month.

Given these very high rates of license issuing in the sector, the Minister commended the president saying the achievement is owed to her commitment to re-establish a friendly business environment that serves to attract both local and foreign investors.

Pink 'bubblegum' diamonds: Why Tanzania Williamson Mine Is Forever

Diamonds are forever and the best of this very much coveted precious stone is the very rare Pink Diamond nicknamed 'Bubblegum' owing to its distinctive and unique pink hue.

Just to give you a picture of how highly valued the bubblegum diamond is, consider the oversell of a 3.44-carat ring at an auction in Hong Kong 2019. A media report reads: "... the auction house estimated the "Bubble Gum Pink," set in a ring by Moussaieff and surrounded by pear-shaped pink and marquise-cut white diamonds, would sell for $6-$8 million... a bidder paid $7.5 million for the piece."

A 2020 report by The Guardian said that high-quality pink diamonds from the mine could value up to $700,000 a carat.

This is why the Williamson Mine is so valuable, it is where the renowned most coveted of the 'bubblegum' diamonds are mined, the Williamson Pink. The first of these, a 54-carat marvel was discovered here by the Canadian geologist Dr. John Williamson, after whom the mine is named.

The rough marvel was then cut to a stunning 23 pink carat ring that was gifted to England's Princess Elizabeth in 1947 when she adorned it at her wedding. Ever since the pink aka bubblegum diamonds have been in continuous production for over 70 consecutive years.

Located in a remote town of Tanzania, some 160 kilometres south of Mwanza City in the Shinyanga Region, the Williamson Diamond mine is a large open pit mine that is currently about 90 meters (300 ft) deep.

The mine produces well over 195,000 carats per annum, the gross diamond resources reserves at Williamson were estimated to be 39.58 million carats as of 2012. It lies in the Mwadui kimberlite pipe, the second-largest diamond-bearing volcanic pipe in the world after Camafuca in Angola.

With all this potential, Tanzania should have been earning a lot more than it does from the mine, as a result, a government led investigation unearthed widespread under-valuing at the mine, or so it was alleged.

The government went ahead and blocked the export of all unrefined gems plummeting the mine's revenue. Ever since, the mine owners, Petra Diamonds, has been in talks to get on the good side of the government and resume full capacity production.

The result of those talks is this newly signed deal that gives Tanzania a lot more ownership of the mine and drastically increases its stake value, mission accomplished. The trouble with the government is not all the faults that the mine is facing.

Around mid this year, the mining giant, Petra Diamonds, was forced to settle the claims brought against it by some 71 Tanzanian nationals who alleged suffering human rights abuses at its Williamson Mine in Tanzania. As a result, Petra Diamond was forced to pay a total of £4.3 million in a compensation package.

Tagged:
Copyright © 2021 The Exchange. All rights reserved. Distributed by AllAfrica Global Media (allAfrica.com). To contact the copyright holder directly for corrections — or for permission to republish or make other authorized use of this material, click here.