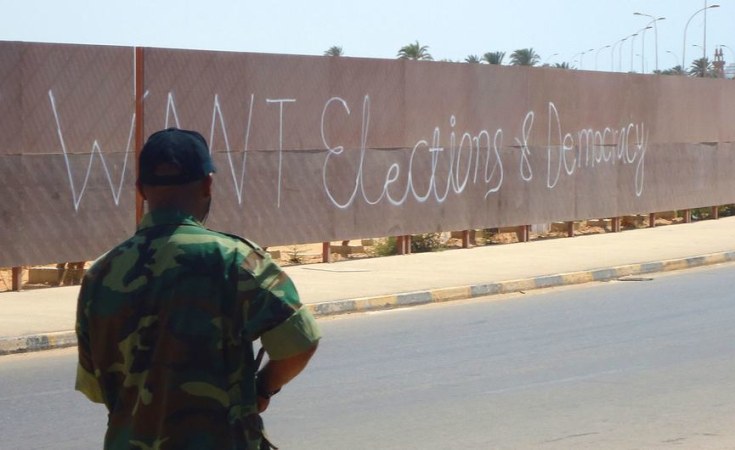 During a visit to help implement intra-Libyan political, security and economic dialogues and support recently postponed presidential and parliamentary elections, the UN envoy to the country issued a statement on Thursday, detailing her work over the last 10 days.

Having arrived in Libya on 12 December, Special Advisor Stephanie Williams said that she has heard "time and again the overwhelming desire of Libyans to go to the ballot box to determine their future and to end the long transitional period through the holding of inclusive, free, fair, and credible elections".

"I have also heard their genuine hopes that elections must be part of the solution and not part of the problem in Libya".

Yesterday, the High National Elections Commission announced that despite being technically prepared, it was unable to meet the 24 December date set by the political roadmap for national elections.

Citing inadequacies in electoral legislation and challenges and appeals related to candidates' eligibility, the Commission requested that the House of Representatives set, within a 30-day period, another date for the first round of the Presidential election.

They also asked that the necessary measures be taken to address the difficulties facing the completion of the electoral process.

"The United Nations takes note of the Commission's recommendation to the House of Representatives and welcomes its commitment to the ongoing electoral process and to continuing the review of the applications of the candidates for parliamentary elections", said Ms. Williams.

The Special Adviser maintained that she is ready through mediation and the UN's good offices, to work with the concerned Libyan institutions and interlocuters to address challenges.

She called upon those concerned to honour and support the will of the 2.8 million Libyans who have registered to vote.

To contribute to a solution for Libya's political crisis and durable stability, Ms. Williams upheld that "presidential and parliamentary elections must take place in the appropriate conditions, on a level playing field among all candidates to peacefully end the political transition and transfer power to democratically elected institutions".

The current challenges in the electoral process "should in no way be instrumentalized to undermine the stability and progress which has been achieved in Libya over the past 15 months", she stressed, strongly urging the relevant actors to focus on the electoral process and on creating the political and security conditions needed to hold "inclusive, free, fair, peaceful and credible elections, whose outcome will be accepted by all parties".

"It is imperative that the will of the people is respected. Presidential and parliamentary elections must take place in Libya in the appropriate conditions to peacefully end the political transition and transfer power to democratically elected institutions", he said.

He added that Ms. Williams will "continue to support a Libyan-led and Libyan-owned process to address outstanding challenges and ensure the holding of Presidential and parliamentary elections as soon as possible".

In addition to her work surrounding the election, the Special Adviser met with hundreds of people from all regions to lead mediation efforts and engage with Libyan and international partners.

She observed since the UN-facilitated ceasefire agreement was signed in October 2020 and the Libyan Political Dialogue Forum Roadmap adopted in November 2020, "tangible progress" has been achieved.

Against the backdrop of relative calm across the country as the ceasefire continues to hold, she was able to travel on the coastal road between Misrata and Sirte, which was reopened through the efforts of the 5+5 Joint Military Commission (JMC), comprised of military representatives from opposing sides.

During her trip, Ms. Williams was "particularly pleased to witness a shift from a discourse of conflict to one of peaceful dialogue".

From conflict to 'peaceful dialogue'

Despite the many hardships endured by numerous Libyans and the pleas of those still displaced by the 10-year conflict, she spoke with scores who had recovered a sense of normalcy.

"Even those who only last year bore arms against each other have continued to come together", she said.

"I have heard stories of separated families that could finally travel to visit relatives - a development made possible by the ceasefire and resumption of flights and the reopening of roads".