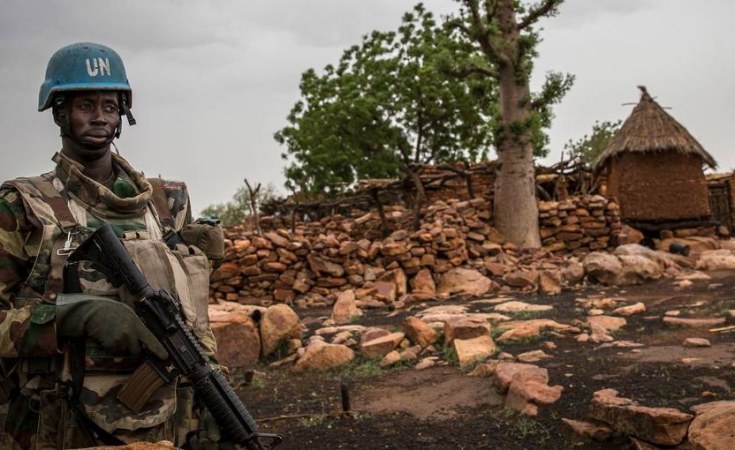 Major political parties in Mali have said no to the military government's five-year plan for transition to civilian rule. Since August 2020, the military has carried out two coups and postponed elections.

A significant coalition of political parties in Mali rejected the military-led government's plans for a slow transition to democratic rule.

The military plan says the transition could take up to five years.

Under its plan, a constitutional referendum would be held in 2023 and legislative elections in 2025. A presidential election would not take place until 2026.

The junta called its proposal "appropriate to conduct the political and institutional reforms."

What is the political situation in Mali?

The army has been in control in Mali since August 2020. In that time, the army has carried out two coups and postponed elections previously scheduled for next month that it had committed to holding.

Diop forwarded the document despite a boycott of the national reform conference by political parties and nongovernmental organizations.

ECOWAS has threatened sanctions on the country's military rulers for postponing the elections.

On January 9, ECOWAS will hold a summit in the Ghanaian capital of Accra on the situation in Mali.

The military government had hoped to extend the transition period by five years beginning at the start of the new year on January 1.

Why have political parties in Mali rejected the army's plan?

A coalition of 10 parties said the plan is a violation of the transition charter and "has not been discussed in Mali and cannot in any way be the deep desire of the Malian people."

The coalition said in a statement it "rejects this unilateral and unreasonable timetable."

Sekou Niame Bathily, a spokesman for the coalition, told AFP that the coalition hopes "to proceed with quickly organizing elections."

What forces are jockeying for power in Mali?

Instead of adhering to that transition plan, Goita instead staged another coup in May 2021 which forced out interim civilian leaders and pushed back the transition timeline.

The army said insecurity in northern Mali was the primary driver for postponing elections.

The government does not control over half of Mali's territory.

Various armed groups are jockeying for power, including groups affiliated with al-Qaeda and the so-called Islamic State.

What Western forces are involved in Mali?

In Germany, the parliamentary commissioner for the armed forces Eva Högl said the Bundeswehr, or German army, should evaluate its role in Mali and consider ending its military operations there.

The Bundeswehr has just over 1,350 soldiers in Mali involved in the UN mission and the EU training mission.

The French military is in the process of winding down operations in Mali after it helped push militants out of power in the north of the country in 2013.

There are concerns that the withdrawal of Western forces will leave a power vacuum that will only contribute to insecurity, as has happened elsewhere such as Afghanistan.