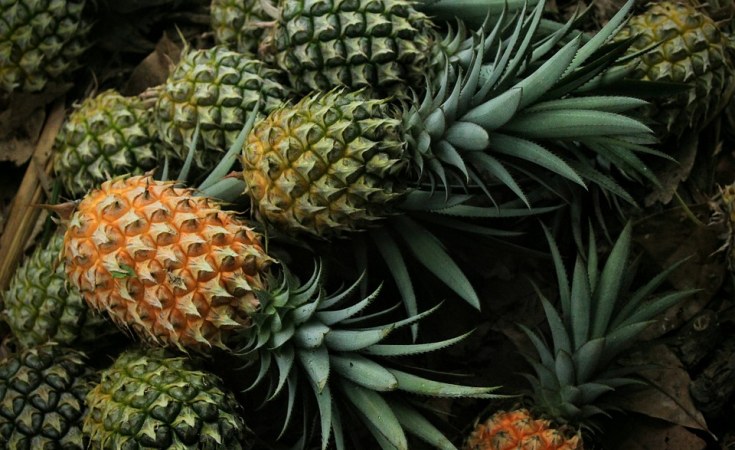 Now, the 34-year-old mother of five is part of a group of 45 farmers in Rusitu Valley in Chipinge, a district in Zimbabwean eastern province of Manicaland, who from December 2021 would be exporting nearly 50 tonnes of their pineapples to the Netherlands.

"This is the best experience I have heard in the fourteen years that I have been growing pineapples. I have been selling my pineapples locally to buyers from Mutare, Harare and Bulawayo during this period, but it has been for a small profit.

"I will be selling two tonnes, and at the price of 70 cents that we have been promised, the exported crop will greatly improve my life and that of my family," an excited Sithole tells IPS.

She says pineapple farming has enabled her to build a house, buy various household goods and send children to school. She is increasing her crop hectarage, hoping that the rewards from the exported crop will empower her to electrify the family home, among other major home improvements.

When growing the pineapples, Sithole says they do not apply fertilisers or chemicals but manure only.

Dudzai Ndiadzo, the Rusitu Fruit Growers and Marketing Trust administrator, says the farmers' dream to export their produce to Europe became a reality in August (2021). Their pineapples got organic certification from Ecocert Organic Standard, a French quality control body whose certification allows the farmers to send their organic products to international markets. The 45 villagers belong to the trust.

Farmers in Chipinge and most of Zimbabwe's prime farming areas incur heavy post-harvest losses because their produce often rots by the roadside as they struggle to secure markets or transport their produce to the markets.

The farmers were victims of Cyclone Idai. This tropical cyclone hit their home area of Chipinge and Chimanimani in 2019, killing over 180 people, destroying 7,000 households and infrastructure and leaving 4,000 people food insecure, but their pineapple crop was not destroyed.

Ndiadzo said most farmers have been growing pineapples but not on a commercial scale because the market for pineapples wasn't that good.

"We are excited to be exporting because the local market for pineapples is poor. The money from the export market is better - it is double or more what we would have gotten here," he tells IPS.

Confronted with market access challenges, Rusitu Fruit Growers and Marketing Trust engaged the country's export promotion body, Zimtrade, which offered training and technical expertise to the farmers on how to grow pineapples organically.

Zimtrade has a long-standing partnership with PUM, where experts offer technical interventions to Zimbabwean exporters in different sectors to improve their quality and production processes for export. Through the collaboration with PUM, Zimtrade developed links with food companies in the Netherlands that have made it possible for smallholders to export their crops.

Admire Jongwe, Zimtrade's manager for Eastern Region, says the organic certification is a critical milestone in reaching the lucrative organic fruit market, especially in the United States of America, Netherlands, United Kingdom, Germany and other emerging markets such as the United Arab Emirates.

"The organic certification will enable the farmers to fetch as much as 30 percent premium on their produce in most supermarkets in Europe. This will improve their returns as well as boost their livelihoods from producing the pineapple," he tells IPS.

Jongwe says with organic standards, the smallholder pineapple farmers will access the global pineapple market, which has grown from US$2,3 billion in 2011 to US$2,5 billion in 2020, according to Trade Map.

Zimbabwe averages US$18 million per year in the total trade value of fruit and vegetable exports. Figures from Zimtrade shows that during the first half of 2021, Zimbabwe's horticulture exports topped US$30 million with tea, macadamia nuts, fresh flowers, leguminous vegetables, largely contributing to the revenue.

The country used to be one of Africa's biggest exporters of horticulture, but horticulture exports have been tumbling over the years. Europe is currently the largest export market for the Zimbabwean horticulture sector, with the Netherlands and the United Kingdom leading the pack.