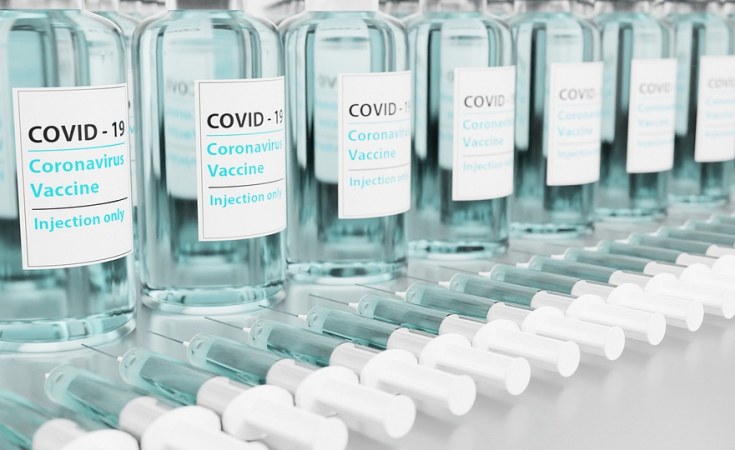 At least two health workers in Hoima have been arrested and detained for selling Covid-19 vaccination cards to people who are not vaccinated.

A cleaner who was later identified as Ivan Rwebembera was caught on camera negotiating with unknown locals to give them vaccination cards despite being unvaccinated (see video).

At the bargain, as seen in the video, the buyer is seen being issued with a vaccination card, showing that he was fully vaccinated with Johnson and Johnson vaccine.

Following this video that was obtained by NBS Television, Rwebembera was arrested by police.

On being interrogated, he revealed that he was working hand in hand with two health workers who have also now been arrested.

Police spokesperson in the Albertine region ASP Julius Hakiza told this website that Rwebembera was selling the cards to people who did not want to get vaccinated.

"There are those people who feel that they can not go for this normal vaccination, so what they do is that they have been going to Rwebembera who would sell them cards," Hakiza said.

Hakiza said that police has opened a case file against the workers as they are wait for advice on what charges they can place against them.

Health Ministry spokesperson Emmanuel Ainebyoona said that accepted vaccination cards have a QR code that can be traced back to the system and people with fake cards are risking arrest.

There has been a desperate search for vaccination cards since they became mandatory items to access public transport and some government offices.

The Harsh Lockdown We Should Never Have Again