The Deep Crisis Within the United Nations Peacekeeping Missions 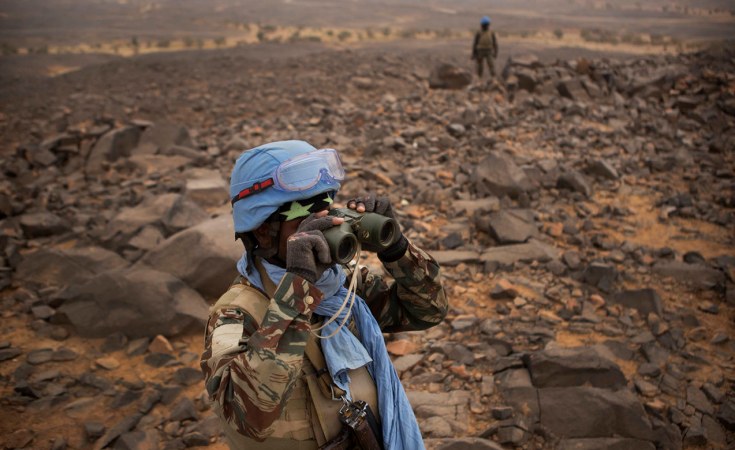 The convoy of MINUSMA, the UN peacekeeping mission in Mali travelling from the northern city of Kidal to Gao, was attacked by unidentified armed men on Friday, December 3, killing one civilian worker and wounding another. Two days later, on December 5, two explosions shook U.N. camps in the northern Mali city of Gao. Another 31 people were killed in an attack on Friday by suspected jihadists near the central town of Bandiagara.

MINUSMA was established on 25 April 2013 by United Nations Security Council Resolution 2100. It was officially deployed on 1 July, and has become the UN's most dangerous peacekeeping mission, with 209 peacekeepers killed out of a force of about 15,200. Yet the results of the mission deployment leave much to be desired, as the violence against civilians and government forces is on the rise in Mali and broader Sahel region.

The failure of the UN peacekeeping mission in Mali is not the only example of low-efficiency of the overseas UN operations. MINUSCA, a multidimensional United Nations peacekeeping operation in the Central African Republic, is under fire of critics, as well as the general framework of the peacekeeping implementation by the UN. The poor performance, caused by various factors, leads both to the loses among the civilian population in the countries of conflict, and the among the peacekeeping force.

According to the Effectiveness of Peace Operations Network (EPON), since 2016 MINUSMA’s effectiveness in terms of stabilization and the protection of civilians (PoC) has decreased. Violence has increased as jihadist groups have been attacking MINUSMA, the Forces Armées Maliennes (FAMA), and the Algiers Agreement signatories.

The same problem arises in other countries as well: well-equipped and protected by the walls of their bases, blue helmets have no interest in joining the fight outside their safe zone, choosing to stick to educational and humanitarian tasks, like teaching the local population about human rights and doing morning exercises with African children.

In some cases, the presence of the peacekeepers even increases the probability of the attacks by the terrorists or armed groups. In July 2016, thousands of well-armed peacekeeping troops failed to respond to urgent calls for help from international humanitarian workers under attack in the Terrain compound only minutes away from UNMISS bases during fighting in South Sudan. The attack by peace-perturbing forces targeted the humanitarian workers stationed nest to the UNMISS base specifically to prove that UN forces cannot stand up to them.

Ms. Marie-Therese Keita, UN’s independent expert on the situation of human rights in the Central African Republic, championing for the reforms with the MINUSCA, notes that “local people have reported that in the immediate vicinity of the Mission and practically before the eyes of the troops, CPC militants harass the population, rape women, and steal property. Militants have unleashed mayhem and it has been possible to avoid genocide only due to the measures taken by the CAR government and its allies”.

In the wake of low effieiny of the UN peacekeeping operations, the question of pay-back of the exaggerated expenditure inevitably arises among the expert and donor-countries. On June 30th the Fifth Committee of the United Nations in charge of administration and budget, approved a $6.37 billion budget for 12 UN peacekeeping missions from July 1st 2021 to June 30th 2022. The enormous sums of money often are not enough for the peacekeeping missions on the ground who file for additional funds.  According to the UN official press-release of June 5, 2019 the organization is in financial crisis due to the fact that some member states do not pay contributions.

Another fallout is the descending credibility of the United Nations as an international peacekeeping body. The numerous accusations in nonfeasance and crimes against population, that cannot be properly addressed due to the heavy bureaucratic nature of all UN structures, compromise the authority of the organization. The recent scandal around Portuguese UN soldiers involved in illicit diamond trafficking from the Central African Republic is a vivid example of the gaped communication between the troops on the ground and the headquarters in New York City.

The world has changed a great deal since 1945, when the UN began operations. Africa has also changed a great deal, since the formal decolonization in the 1960s. The current state of affairs makes it obvious that the need for reform or a total ending of UN peacekeeping missions should be seriously considered by both the UN officials and the international society.