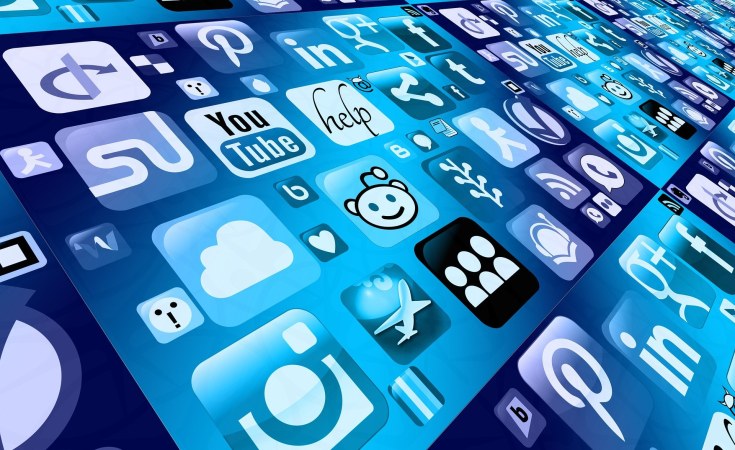 Uganda's President Yoweri Museveni is suspected of using fake social media accounts to consolidate his power. He wouldn't be the only one in Africa. Is social media becoming a threat to democracy on the continent?

Thus in total, almost 440 Ugandan social media accounts close to the Ugandan government have been blocked by social media networks in the East African country to date.

Both Twitter and Facebook accuse the Ugandan government of using social media as a tool politicians to manipulate public opinion, spread disinformation, and intimidate the opposition. Facebook also stated that as part of its strategy, the Ministry of Information had been using "fake and duplicate accounts" for propaganda purposes.

"Shame on the foreign powers who think they can impose a puppet government on Uganda by disabling the online accounts of NRM supporters," Wanyama wrote on Twitter at the time. Twitter said in a statement, however, that "(i)n most cases, the accounts were suspended for various violations of our platform manipulation and spam policies."

According to analysis by the Oxford Internet Institute, the spread of misinformation driven by political organizations on social media has been sharply on the rise in recent years. The report states that in 2017, disinformation campaigns were carried out in 28 countries. Three years later, that figure had risen to 81 countries.

"The spread of fake news is a real problem," said Ugandan human rights activist Nicholas Opiyo in a DW interview. "This method is gaining ground in countries whose leaders are desperately struggling to maintain their image and reputation on social media."

According to Opiyo, this involves using bots and trolls, computer programs, and paid users who use fake accounts to flood social media with posts favorable to the government.

Meanwhile, similar reports are also surfacing from west Africa: In Nigeria, President Muhammadu Buhari "criticized the activists of the #EndSARS movement in June and called for action to be taken against them. However, Twitter deleted this call, and in reponse, Buhari's government banned Nigerians from accessing the micro-blogging site," Franziska Ulm-Düsterhöft, Africa expert at Amnesty International in Germany, told DW.

Back in Uganda, the government in the capital Kampala has also been trying to make it harder for Ugandans to get independent information online by imposing taxes on mobile data. The government also doesn't shy away from temporarily shutting down social media alrogether, as was witnessed during the run-up to the presidential election a year ago.

At the time, Ugandan Foreign Minister Sam Kutesa initially justified the move by saying that Facebook and Twitter had shut down government accounts, making the social media blackout sound like a retaliatory measure. However, after the January 16 election, Kutesa said the shut-down had been "a necessary step to stop the biting language and incitement to violence."

Angelo Izama, a political consultant and journalist from Uganda, describes the move rather as an "overreaction" rooted in deeply-held patriarchal beliefs. Izama says that "(t)he political leadership, especially here in sub-Saharan Africa, comes from a generation where society was structured so that the child would not contradict the father."

"If it did, it was punished. And that's the relationship between the state and the citizen," Izama told DW.

But he says that society is changing, he says, leaving such political elites in the dust. Young people in particular, he highlights, are now able with the help of the internet to react immediately to laws and bans, and make their opinions known about the performance of the government or of private institutions.

Meanwhile, some governments are even going further and targeting their citizens directly by exploiting their internet affinity: "Spy software is being bought by governments and installed specifically on smartphones," Amnesty expert Ulm-Düsterhöft told DW. "We documented this last year for Togo and Rwanda, for example. First, apps are downloaded via email attachments, then the software instals itself and accesses microphones, cameras, and social media."

Ulm-Düsterhöft warns users not to download any unknown apps, take a close look at dubious social media accounts, and contact the app operators if in doubt.

According to a report published by the South African Institute of International Affairs, shutting down the internet and arresting government critics voicing their views on social media channels are signs that several governments in sub-Saharan Africa are becoming increasingly autocratic.

In Uganda, author Kakwenza Rukirabashaija posted comments that were critical of the government on social media, which led to his detention, during which he allegedly was tortured by security agents.

Human rights activist Opiyo says that with reports like these, it is becoming clear that the earlier view of social media as "a liberating force for democracy" is disappearing: "(N)ow we see the dangers associated with it, and how social media can be used to undermine democratic processes. Social media is becoming another tool of oppression."

Opiyo believes that this is why social media regulations are becoming necessary. But he also calls for users to act responsibly and remember that not everything found on social media is true.

This article was translated from German by Chrispin Mwakideu