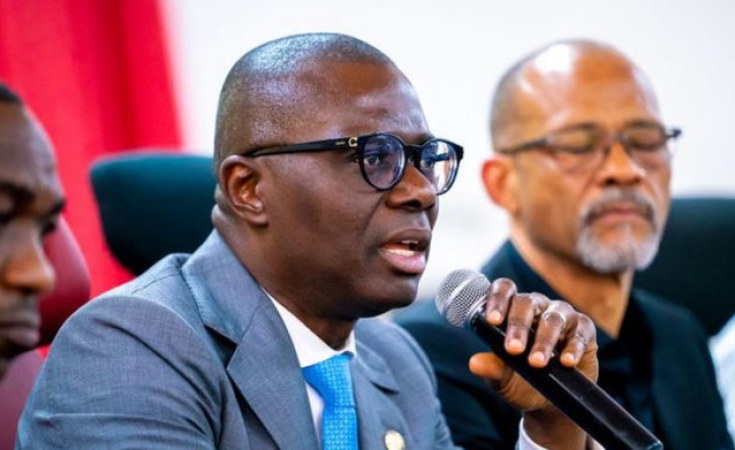 But a reliable source confirmed that the unionists have said they could only trust the government when they receive a circular containing the contents as agreed at the meeting.

After hours of extensive meeting with Governor Babajide Sanwo-Olu, nurses in Lagos on Sunday night agreed to suspend the planned three-day warning strike as soon as a circular containing the agreements is issued by the government on Monday and the same is discussed at an emergency congress of the nurses' union.

Credible insiders at the meeting, who do not want to be named, said the governor has approved "in principle almost all the demands by the nurses, especially the retention allowance, and recruitment of more persons to fill the vacuum created by the exodus of our colleagues abroad and based on retirement."

The sources confirmed that an emergency congress of the state's chapter of the National Association of Nigerian Nurses and Midwives (NANNM) has been tentatively fixed for 12 noon at the union's secretariat on Monday.

The new development, according to the sources, however, implies that the strike would continue until the congress finalises its deliberations on the contents of the circular that is expected by the union from the government on Monday.

But joining the meeting on Monday alongside the governor were the same set of government officials whose composition had earlier been rejected by the workers for what they described as their consistent failure to address their concerns.

The officials included the health commissioner and his counterpart at the ministry of establishments, Akin Abayomi, and Ajibola Ponnle respectively; permanent secretary at the ministry of health and his counterpart at the health service commission, Olusegun Ogboye, and Benjamin Eniayewu respectively; chief medical director of the Lagos State University Teaching Hospital (LASUTH), Adetokunbo Fabanwo, among others

This was corroborated by the governor's chief press secretary (CPS), Gboyega Akosile, who spoke to our reporter on the phone shortly after the meeting on Sundat night.

According to Mr Akosile, most of the requests by the nurses that could be approved immediately were granted by the governor, "and those requiring further deliberations have also been approved for further discussion."

In a short message shared with our reporter, Mr Akosile wrote that "Governor Babajide Sanwo-Olu held a closed-door meeting with members of the Nigerian Association of Nurses and Midwives, Lagos State Council at the State House, Marina on Sunday evening. The meeting was called by the Governor to address the grievances of the nursing workforce in the State.

"At the end of the two hours meeting, both the Government and the union agreed on a number of issues that had been causing disaffection between the two parties. Governor Sanwo-Olu pledged Government's sincerity in the implementation of all that was agreed on, to the delight of the representatives of the nurses.

"On his part, chairman, Lagos State Council of the association, Comrade Olurotimi Awojide, thanked the governor for acceding to most of their requests, describing the Governor as a true leader and father who cares about his children. Awojide promised to call an emergency congress of the association on Monday, where the union will announce her decision to call off the planned industrial action."

But the leadership of the association has barred its members from engaging the public on the issue, saying no interview should be granted until the issues are logically resolved. Just like 24 hours earlier, the team of the nurses was led by its chairman and secretary, Olurotimi Awojide and Toba Odumosu, respectively.

But a reliable source confirmed that the unionists have said they could only trust the government when they receive a circular containing the contents as agreed at the meeting.

"We have told our members to maintain the status quo ante as agreed at the congress on Friday until another congress decides otherwise. So we cannot say the strike has been called off or suspended for now until we see the governor's promises in black and white," one of the sources said.

The source accused the government of marginalising nurses, saying as the most populous workforce within the health sector and a strong pillar upon which the sector rests, they are poorly treated by the government at all levels.

PREMIUM TIMES had earlier on Sunday reported how the angry nurses walked out on the representatives of the government at a meeting scheduled to hold on Saturday. The development forced Mr Sanwo-Olu to abort his planned trip out of Lagos on Sunday as he pledged to meet physically with the health workers as demanded by them.

The nurses, under the umbrella of the National Association of Nigerian Nurses and Midwives (NANNM), had on Friday at a congress held at their secretariat at Agidingbi area of Ikeja, declared the three-day warning strike to begin on Monday, January 10, and end on Wednesday, January 12.

Their demands include resolution of what they termed "acute shortage of nurses and midwives, retention incentives to arrest the turnover rate, proper consolidation of CONHESS salary structure and improved working conditions."

But the meeting fixed for Saturday with the governor could not hold when the union representatives insisted they were ready to meet the governor in person, saying they had held several meetings with the same officials including the head of service in the state, Hakeem Muri-Okunola, without a logical conclusion and that they were unsure if their matters were being raised before the governor.

They said it would only be appropriate to raise the matter directly with the governor, insisting only a commitment made by the governor would be taken to their members for deliberation.

According to the association, the exodus of its members abroad for greener pastures is leaving untold pressure on those left in the system, saying the high turnover of workforce in the state is becoming unbearable to the existing members.

Breaking down the statistics, the union wrote in a release that "the increased foreign labour migration of nurses is no longer news. Understandably this has led to an acute shortage in the staffing of health facilities. According to our records, more than 496 nurses left the service of the Lagos State Health Service Commission alone between 2019 to 2021 and with less than 15 per cent due to statutory retirement. For context, the commission has only about 2,350 nurses. Over 200 nurses left the service of the Lagos State University Teaching Hospital within the same period. Over 80 left the primary healthcare board within the last two years which has only about 700 nurses and midwives.

"It is clear that nurses do not find job satisfaction or fulfillment here. Nurses are quitting within weeks of taking appointments. And this mass exodus continues to further overburden and overstress the nurses still within the service. The government has a replacement-on-exit policy in place which has been rendered ineffective by the inability to easily find replacements. Nurses are critical assets. Out of the 500 vacancies approved for recruitment by the governor for the Health Service Commission recently, less than 300 applied. This is in a country with a 33.2 per cent unemployment rate. It is certain far much less would actually take the job. LASUTH experienced the same fate in its own recruitment effort and it would be the same for the Primary Healthcare Board when it starts its recruitment.

"The inherent danger is that while the government is finding it difficult to fill entry-level positions, more senior nurses are also leaving the service. A replacement-on-exit policy does not cater to the deficiency of experienced hands that result from this mass exodus. The effect on the quality of care can easily be inferred."