East Africa: Burundi and Rwanda On a Reconciliation Path 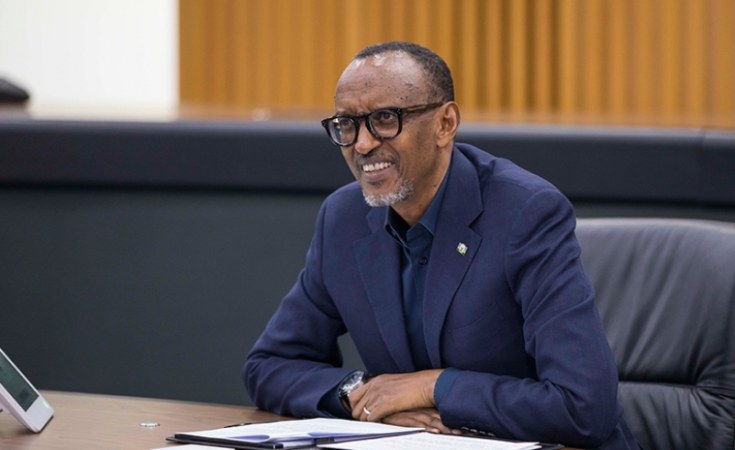 As insecurity in the Great Lakes deepens, the commitment of both countries' leaders to normalise relations is a positive step.

Since Burundi accused Rwanda of backing a coup attempt against it in 2015, relations between the two countries have been rocky. Most of the Burundian military and political actors suspected of plotting the coup were granted refugee status in Rwanda, which soured relations. But they're talking, and their relationship has warmed, to a degree.

Most of the contentious issues between them appear to have been resolved, including the controversial request by Burundi authorities to hand over the coup plotters. The complete reopening of the border between the two countries (which was closed in 2015) and a meeting of their two leaders would seal a rapprochement that populations on both sides want.

But it's not all plain sailing. Both governments are working on a new chapter in their dealings, but face fierce opposition. Distrust between the two nations serves the interests of a wide range of state and non-state actors, inside and outside both countries. These actors provoke instability through misinformation and hate speech, supporting proxy armed groups and creating insecurity in Rwanda and Burundi.

Most of the contentious issues appear to have been resolved, including around the Burundi coup plotters

The history of violent conflict in the two countries and the Great Lakes region has produced scores of refugees, some of whom formed rebel groups determined to topple sitting governments. Depending on the prevailing alliances and socio-political dynamics, several of these groups enjoy more or less open support from regional governments, fuelling mistrust between the two countries.

Rwanda and Burundi's governments grew out of similar armed oppositions in exile. They have a lot in common, and working together, could stem the region's threats. Other parallels include their ethnic fabric, high population density and land scarcity, and proximity to the Democratic Republic of the Congo's (DRC) poorly governed eastern province. Above all, they share a similar colonial history and a deep legacy of war that shapes their political histories and foreign policies.

In Rwanda, the ruling Rwandan Patriotic Front is a former Tutsi-led rebellion that seized power in 1994, ending a genocide perpetrated by the former Hutu-dominated regime in Kigali. Extremists in Rwanda see in Burundi's ruling Hutus individuals who share the same ideology as the Rwandan Hutus who committed the 1994 genocide against the Tutsi. Burundian Tutsi extremists, some of whom fled to Rwanda and in the diaspora, consistently fuel this narrative.

The United Nations and African Union (AU) are trying to foster stability in the Great Lakes region. Revamping regional security and reactivating the Economic Community of the Great Lakes Countries will depend largely on a close relationship between Rwanda and Burundi.

Restoring multi-level contact between the two governments will go a long way in building the trust needed to address the many challenges both countries face. These include border insecurity, climate change and the loss of revenues caused by illegal cross-border trade. But to ensure sustainable improvements, the contentious issues must be resolved through high-level meetings of both governments.

Rwanda's granting of refugee status to most of the 2015 alleged coup perpetrators is a case in point. In a May 2021 interview, Rwandan President Paul Kagame expressed his readiness to extradite the refugees to Burundi. But during a recent meeting with the diplomatic corps in Burundi's capital Gitega, Foreign Minister Albert Shingiro said such a handover would be the last step towards full normalisation.

The AU, Economic Community of Central African States and International Conference on the Great Lakes Region should encourage a settlement in line with African legal frameworks, such as the African Charter on Democracy, Elections and Governance or the Organisation of African Unity Refugee Convention. Rwanda and Burundi could consider setting up a joint oversight mechanism to monitor, guarantee and support such a delicate handover, if it happens.

As insecurity in the Great Lakes deepens, the commitment of Rwanda and Burundi's leaders to normalise relations is a positive step. The common challenges facing both states require coordinated responses that encourage a much-needed climate of trust. The Great Lakes region, and especially Burundian and Rwandan societies, can only benefit from such a development.

The third beneficiary of productive relations between Kigali and Gitega would be the DRC, where opposition armed groups from both countries operate. Any normalisation would help revive trilateral cooperation on security, diplomacy and the economy.

Addressing the Burundi-Rwanda dispute can reinvigorate regional rapprochement and conflict resolution. After years of uncertainty, it could also remind the continent's leaders of the value of African collective security.

Window Opens for Burundi and Rwanda Relations After Frosty Spell