Africa: Why Africa Needs to Make Financial Inclusion Its 2022 Priority 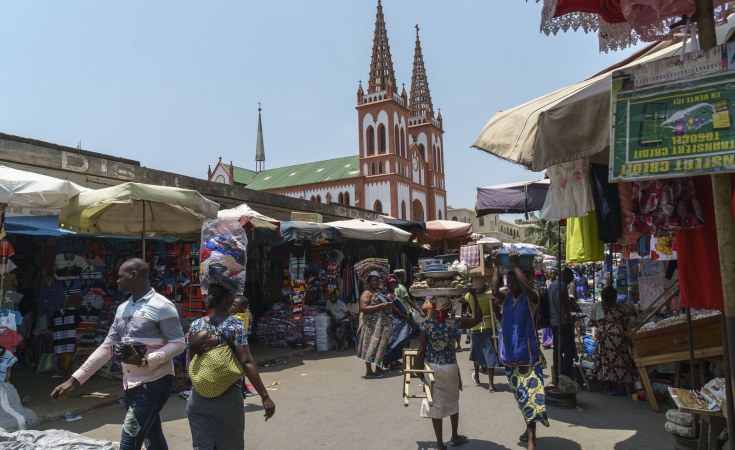 Three reasons that African governments must do more, better and faster, to ensure people have access to financial services.

Tchala Dahana is a 41-year-old mother of three living in northern Togo. Her main source of income comes from selling tomatoes at her local market.

She embodies the informal economy, prevalent across most of Africa. While she can make ends meet, Dahana has little left to put towards her children's education, to make needed improvements to the family home, or to travel around the country. She does not have a bank account, nor can she access basic financial services. This means she cannot take out loans, set up a business, or even store her money safely. Despite her hard work, Dahana's prospects are constrained. Not having access to financial services makes it impossible to find a way out of poverty.

Awareness of this problem is not new. Since the early-2000s, the goal of increasing financial inclusion - put simply, access to useful and affordable products and services that meet needs around transactions, payments, savings, credit, and insurance - has been a UN priority. Yet in 2018, 1.7 billion adults worldwide remained unbanked, including an estimated 400 million in Africa. The situation is particularly acute for women and rural communities.

There are many reasons behind people's financial exclusion such as the lack of easy access to a local bank branch, a lack of trust, and the excessive cost of financial services. Underpinning this, however, is the notion that excluded individuals do not have enough disposable income to require these services in the first place. This belief is particularly challenging to solve.

Over the past few years, it has been encouraging to see many governments move from being aware of the problem to actively working to solve it. Ten years ago, the level of financial inclusion in sub-Saharan Africa was just over 23%. By 2018, this number had almost doubled. In Togo, I lead a dedicated ministry to coordinate and deliver our financial inclusion strategy with partner banks. Ensuring the population has access to basic financial services is key to boosting our economy. And, as highlighted in the Central Bank of West Africa's latest report, we now have among the highest rates of financial inclusion in the region at close to 82%. A significant portion of this increase came from the rise in digital financial services.

While progress is being made, however, it is not enough. We need to do more, better, and faster. I see three major reasons why financial inclusion should be Africa's top priority in 2022:

1) To empower the most vulnerable, especially women

Women are disproportionately affected by financial exclusion. Including them requires targeted measures and reaps great rewards for society.

Dahana is living proof that financial inclusion can change lives. In 2017, she heard from a friend about the government-backed microloan scheme for which she was eligible. She applied and received 30,000CFA (around $52). She used that money to buy onions wholesale and then resold them in the market. Once she paid her initial loan back, she took out three more microloans from the National Fund for Financial Inclusion, enabling her to diversify her business. Within months, she was selling onions, fish, and spices, in addition to the tomatoes, she started with. With her business flourishing, she became eligible for larger loans. She took out 5 million CFA (around $8,600) and became a wholesale retailer.

Dahana's story shows just how much hinges on these first steps and how far small-scale support can go. Once the virtuous cycle of financial inclusion starts, there is no stopping it. We know these mechanisms work, and they must be replicated.

The shift from a cash-only economy to a digital financial infrastructure improves authorities' ability to track transactions and neutralise illegal contraband and networks of traffickers, most of whom exploit the cash-based economy. That said, the digitalisation of our financial system brings about other risks and new types of crime. These include cyber scams and mobile money fraud which require governments to cooperate to tackle effectively, in particular by sharing information with international colleagues through INTERPOL and AFRIPOL.

3) To connect the private and public sectors for sustainable growth

Global financial players have a role in helping improve our financial inclusion rate. But there is already, first and foremost, huge potential to unlock from within. We should be bold and ambitious in supporting African fintech entrepreneurs whose start-ups can be transformative for the economy and society, especially if they are given the right channels to collaborate with telecom giants and large banks.

Financial inclusion is a key enabler of Africa's development, which is why Togo is moving ahead with several initiatives that will enhance the rate of inclusion nationally: a wide microloans program, digital banking, entrepreneurship incentives, financial education. We want to lead by example.

The pandemic has revealed financial inclusion as a crucial bedrock in building resilience within African economies to improve livelihoods in the long term. If we are to learn these lessons from the pandemic, financial inclusion must underpin all development policies in Africa going forward. It should remain at the forefront of our agenda.

Mazamesso Assih is Togo's Minister of Financial Inclusion and the Informal Sector.