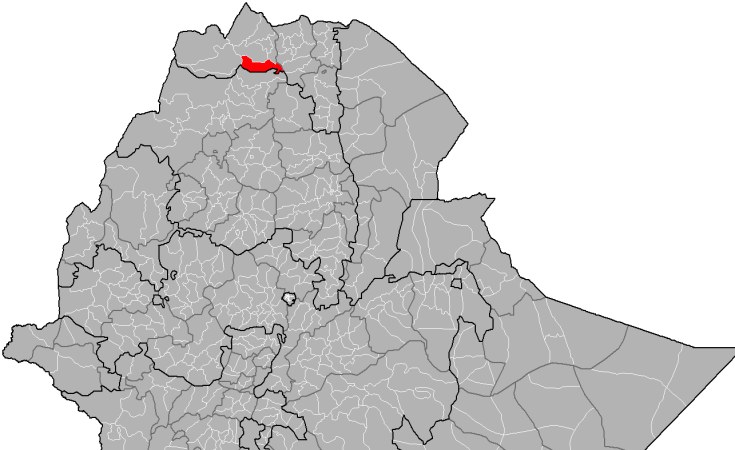 Turtlewong / Wikimedia Commons (CC BY-SA 4.0)
A map showing the location of the Tselemti woreda (district) in Tigray in Ethiopia. The administrative center of the woreda is Mai Tsebri.
Voice of America (Washington, DC)
By Gelmo Dawit

A report by the local administration said women at a flour-grinding mill made up most of those killed, a source who saw the report told the Associated Press.

Biden on Monday called on the government and the Tigray People's Liberation Front, which has ruled Tigray for decades, to end hostilities, begin a national dialogue and open humanitarian access to Tigray.

It's the second deadly air strike reported in Tigray in less than a week. On Friday, aid groups said an airstrike on a displaced persons camp near the town of Dedebit, close to the Eritrean border, killed more than 50 people and wounded 138 others.

The U.N Office for the Coordination of Humanitarian Affairs said 12 of those killed were children, and that the airstrike destroyed temporary structures.

The strikes have disrupted aid delivery to Tigray. On Sunday, OCHA said aid partners delivering help in parts of Tigray have stopped operations due to insecurity