South Sudan: Do Not Forget - Aiding and Protecting Civilians in South Sudan 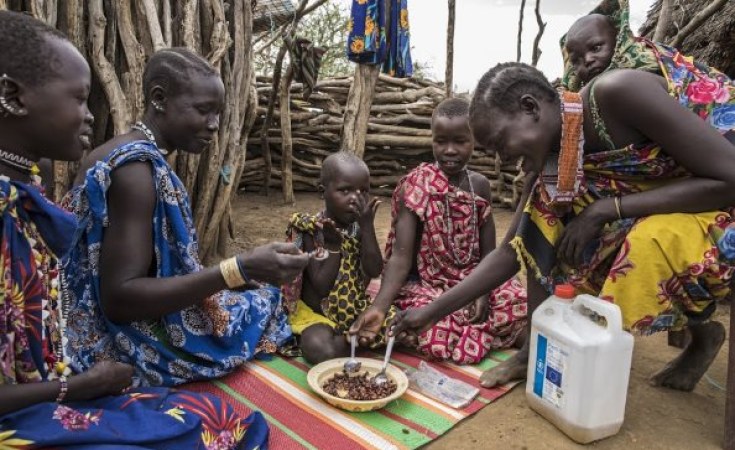 Washington, DC — South Sudan is a displaced nation: one third of its population (roughly 4 million people) are unable to return to their homes. The humanitarian crisis—terrible floods, cycles of violence, food insecurity, and a faltering peace agreement—shows every sign of getting worse. Yet the attention of donors and diplomats is waning.

By March 2022, the UN Security Council must renew UNMISS, its peacekeeping mission in South Sudan. UNMISS’ mandate must continue to prioritize protection of civilians, including internally displaced South Sudanese living in former UN-run camps that remain vulnerable to ethnic violence.

Today, Refugees International is releasing, Do Not Forget: Aiding and Protecting Civilians in South Sudan. The brief makes the case for the UN Security Council to bolster UNMISS’ mandate and resources. It also details actions that UN Security Council members, UNMISS, donor countries, and the U.S. government can take to address the humanitarian crisis and ensure the 2018 peace agreement gets back on track. Only then can displaced South Sudanese return home with dignity and without fear.

Report author Daniel P. Sullivan, deputy director for Africa, Asia, and the Middle East, is an expert on the humanitarian and displacement crises in South Sudan and has conducted research there several times over the last 15 years.

With 4 million people—one third of its population—unable to return to their homes, South Sudan continues to face one of the largest displacement and humanitarian crises on earth. Terrible floods, cycles of violence, and the slow implementation of peace have made matters worse. Yet the attention of donors and diplomats is waning.

In 2022, the poor and landlocked East African nation will continue to face immense—and probably increasing—political tensions and humanitarian needs. As the top United Nations official in South Sudan recently warned, the 2018 peace agreement, which brought an end to nationwide fighting, could be undermined by stalled implementation. This would risk a return to the kind of large-scale violence that caused an estimated 400,000 deaths from 2013 until peace was declared. By March 2022, the UN Security Council must renew its peacekeeping mission in South Sudan, known as UNMISS. This will give officials who care about South Sudan—notably, in neighboring countries and the UN Security Council—an opportunity to highlight these challenges and to step up efforts to keep peace on track. They should seize this opportunity.

The United States is the largest humanitarian donor to South Sudan and has a pivotal political role. Yet Washington is hamstrung in its response because of a lack of high-level political representation and engagement. There has been no U.S. ambassador since mid-2020, and a special envoy position has been vacant since August 2021.

In the meantime, the humanitarian crisis shows every sign of getting worse. The 2 million internally displaced people (IDPs) remain vulnerable to hunger and renewed violence, and some face yet another risk. Tens of thousands of IDPs lived until recently under UNMISS’s direct protection in what are known as Protection of Civilian sites (PoCs). However, UNMISS has handed over control of all but one of these sites to South Sudanese authorities and redesignated them as IDP camps. Most of the IDPs living in these redesignated camps belong to the country’s ethnic minorities and are living in areas dominated by forces that had previously fought against them. A lack of progress on security sector reforms outlined in the 2018 peace agreement has led to a precarious situation. Many of the people now policing the sites are the same as those who committed the violence that forced people to seek refuge in the UN bases in the first place.

This spells danger. In the year ahead, even as UNMISS focuses on supporting broader peace implementation, it must maintain attention on protecting civilians. While UNMISS seeks to deter violence and protect a broader swath of civilians by moving toward farther-ranging patrols and temporary operating bases in potential hotspots, it must do more. It should maintain a preventive presence and rapid response capability on or near the former PoCs, which themselves will remain hotspots for renewed violence. The mission should also refrain from transitioning the final PoC in Malakal until there are sufficient local security arrangements, clear transition plans developed with IDPs and humanitarians, and guarantees of a sustained UNMISS presence.

As the Security Council prepares to renew the UNMISS mandate, the breadth of mission tasks merit additional resources. However, given competing global emergencies, this remains unlikely. Short of new resources for the mission, an effective strategy to protect civilians will require the Security Council members and donors to step up diplomatic engagement and humanitarian assistance. UNMISS, for its part, will need to carefully balance use of its existing resources by carrying out regularly updated risk assessments of the redesignated PoCs.

As South Sudan enters its second decade as a nation, its people—especially, its internally displaced people—still face immense challenges. This is not the time to forget them.

Tagged:
Copyright © 2022 Refugees International. All rights reserved. Distributed by AllAfrica Global Media (allAfrica.com). To contact the copyright holder directly for corrections — or for permission to republish or make other authorized use of this material, click here.