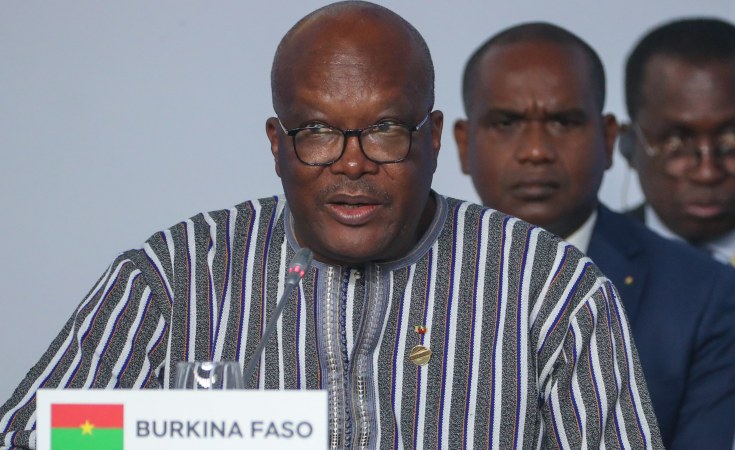 Ouagadougou — Burkina Faso's military prosecutor this week said authorities had arrested eight soldiers for what local media reported was a plot to overthrow the state. Burkina Faso has been rattled by increasingly deadly Islamist militant attacks and widespread protests over insecurity. Analysts warn the military may be unhappy with the government and its efforts to halt the attacks.

Burkina Faso's government has yet to confirm or deny local media reports that the eight troops arrested this week were in fact planning a coup.

The military prosecutor's office on Tuesday issued a statement that said the troops were arrested for plotting to destabilize the country and were under investigation.

It gave no further details.

Within minutes of the statement, local media began speculating that an attempt to overthrow the government had been foiled.

Siaka Coulibally is an analyst with the Center for Public Policy Monitoring by Citizens in Burkina Faso.

What information we have suggests there is some probability this was an attempted coup, he says. Do we know that for certain, asks Coulibally, and do we know the attempt was really likely to succeed?

Media reports named Lieutenant Colonel Emmanuel Zoungrana with seven other soldiers as being taken into custody.

President Roch Kabore in December relieved Lieutenant Colonel Zoungrana of his post after an attack on a military base in northern Burkina Faso left at least 49 troops dead.

An increasing number of attacks on troops and civilians have been blamed on terrorists linked to al-Qaida.

Coulibally says Kabore's recent sacking of military leaders could have sparked fighting within the military.

He says there may very well be some score settling going on between the leaders of the different units. He says we should be cautious while waiting for the investigations to give much more convincing results.

Rumors of a possible coup in Burkina Faso have been underscored with disruptions to the internet.

During November protests against the government and insecurity, the internet was shut down for eight days.

As the troops were arrested this week, mobile internet services were disrupted.

Andrew Lebovch is an analyst with the Berlin-headquartered European Council on Foreign Relations.

"There's been persistent unrest and unhappiness within the ranks of Burkina Faso's armed forces as the security situation's gotten worse, amid feeling that the government is not doing enough or is not pursuing the right strategy in fighting terrorism... From the government side, there is likely some concern given the coups in Mali and Guinea about unrest among soldiers in more elite units," said Lebovch.

But analysts warn that a military takeover would only further damage Burkina Faso's security and stability.

Michael Shurkin is director of global programs at 14-N Strategies, a Senegal and U.S.-based consultancy.

"A coup d'etat in Burkina Faso would be disastrous for Burkina Faso and also for the region... It would undermine Burkina Faso's government and make it less capable of dealing with the insurgency than those who would support a coup think it would... Burkina Faso's real strength, it's asset, is the vibrancy of its democracy," said Shurkin. "Anything that undermines that asset, I think, is very shortsighted."

Burkina Faso's last attempted coup was in 2015 by supporters of former president Blaise Compaore, just a month before the country's first democratic elections.

A popular uprising overthrew Compaore's 27-year-rule in 2014 and he fled into exile in Ivory Coast.

The elections were held in November, electing Roch Kabore as president.