Africa: The AU Must Face Up to Africa's Governance-Conflict Links 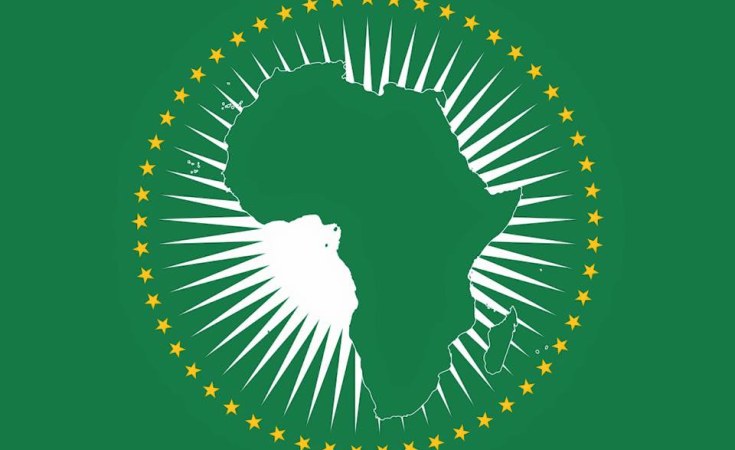 The Peace and Security Council consistently failed to confront the governance deficits that underlie many of the continent's conflicts.

A review of the issues covered in 2021 by the African Union (AU) Peace and Security Council (PSC) predictably shows positives and negatives for the body tasked with making decisions on conflict prevention, management and resolution. The PSC met over 80 times last year and discussed many of the continent's violent conflicts, records show.

On the plus side, the council spent lots of time on disasters and crisis management. And the nexus between climate change and insecurity appeared on the agenda for the first time at the level of heads of state. This shows a shift towards long-term human security issues - a deviation from the PSC's traditional preoccupation with outbreaks of violent conflict.

Another 2021 focus was political transitions. Council delegations visited Somalia, Sudan, South Sudan, Chad and the Central African Republic to liaise with stakeholders and develop an action plan for sustainable AU support for political transitions. The trip to Somalia helped narrow the divergence between the positions of that government and the PSC on the future of the AU Mission in Somalia.

The growing threat of terrorism and violent extremism prompted several meetings, including at the ministerial level, where a strategy to counter the problem was discussed. The need for more support to AU-endorsed initiatives such as the Multinational Joint Task Force against Boko Haram was also covered, along with the G5 Sahel and the deployment of 3 000 more troops to the region. Finalising the AU Sahel stabilisation strategy was prioritised.

The PSC also conceptualised a strategy to stabilise and develop Boko Haram-affected areas, particularly in the Lake Chad Basin. Consensus was reached on the need for sustainable financing from the United Nations for AU-led peace support operations, including those providing counter-terrorism.

Coups and unconstitutional changes of government were also consistent topics in 2021. Military takeovers in Mali, Guinea and Sudan were deemed unconstitutional, and the PSC suspended these countries from participating in AU activities pending a return to constitutional order under civilian rule.

In Mali and Guinea, the council waited for the Economic Community of West African States to pronounce on matters before taking a position. The only country where the PSC intervened directly was Sudan - its swiftest action against an unconstitutional change of government.

The council has been criticised for delaying its decisions while waiting for regional bodies to make the first move. Its handling of the unconstitutional power transfer in Chad following Idriss Déby's death in April 2021 was also harshly assessed. Contrary to AU norms, the PSC endorsed an 18-month transitional plan drawn up by the military that had assumed power.

The council held two meetings on elections, with particular attention on COVID-19, and received many reports from AU electoral observer missions. A novel attempt was also made to evaluate the implementation of the PSC's annual workplan. But a better methodology and prior planning are needed for this to become a useful tool in holding the council accountable for its performance.

In contrast to the above achievements, the PSC's record of responding quickly and proactively to crises and dealing with long-term conflict challenges was less impressive. Although it encouraged member states to address the root causes of insecurity, the council has consistently failed to highlight and confront the governance deficits that underlie many of the continent's conflicts.

According to the Armed Conflict Location & Event Data Project, in 2021 the continent saw 13 051 protests and riots, resulting in 1 297 reported fatalities. These anti-government protests were often about a lack of safety and rule of law, and rising inequality, corruption and oppression - problems that weren't discussed by the PSC. Until it boldly addresses member states' governance failures, the body's ability to prevent conflicts will be limited.

Conflict prevention is at the core of the PSC's mandate. Yet even with the support of the AU's continental early warning system, the PSC's 2021 track record - as in previous years - shows a lack of quick action in favour of a fire-fighting role. This is likely because of the way the council sets its agenda. Countries with internal conflicts generally don't want to appear on the PSC agenda, so they refrain from placing others on the agenda.

The AU's guiding principle of sovereignty has also hindered early PSC action. Some member states object to council intervention because it would interfere in countries' internal affairs or create a precedent that can be misused. This approach allows underlying drivers of insecurity, particularly governance deficiencies and rising inter-communal tensions, to go unaddressed.

And although the AU Commission chairperson has powers to advance any peace and security concern, he appears to prefer diplomatic tools. The chairperson periodically issues statements on particular issues, but these haven't necessarily been linked to PSC decisions.

The tension between the role of the PSC and that of regional economic communities - who some believe should intervene first - also limits the AU's ability to swiftly and adequately respond to crises. When Mozambique chaired the PSC's ministerial meeting on terrorism, for example, the Cabo Delgado crisis was never discussed. Analysts believe this is because the Southern African Development Community invoked the principle of subsidiarity, which allows it to lead the quest for solutions there.

From 5-6 February, 15 new PSC members will be elected during the AU summit. To positively impact peace and security in Africa, they need to show stronger political will and concentrate on tackling the council's weaknesses.