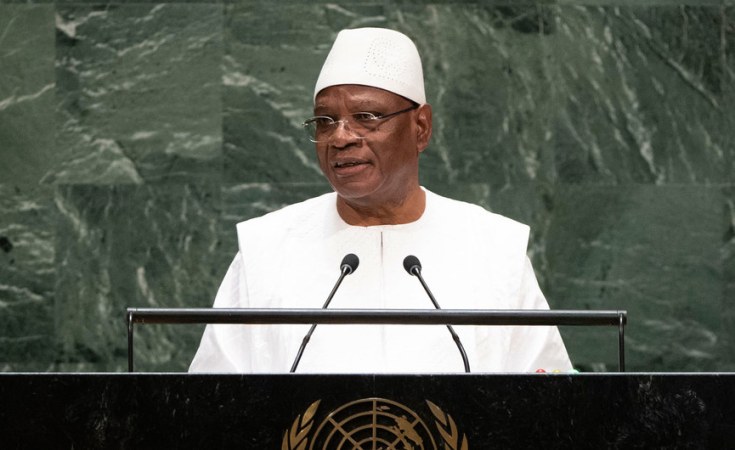 Former Malian President Ibrahim Boubacar Keita, who led the country until he was ousted in a 2020 coup, has died at the age of 76.

The family of Mali's former President Ibrahim Boubacar Keita announced on Sunday that he had died aged 76 at this home in the capital, Bamako.

Keita was president during a turbulent period that saw a violent Islamist insurgency take over large areas of the center and north of Mali.

He was also seen as having struggled to turn around Mali's failing economy. In the weeks before the coup, there were protests over his perceived failure to deal with the crisis and alleged corruption.

Military coup leaders seized Keita and other leaders in August 2021. He was released under pressure from the West African bloc ECOWAS and returned to his home in Bamako, where he was placed under surveillance.

Keita suffered a mini-stroke the following month, for which he had to be treated in the United Arab Emirates.

As the son of a civil servant, Keita was born in the southern industrial city of Koutiala and studied literature before becoming an adviser for the EU's overseas development fund.

He campaigned against general Moussa Traore, the former president who was also ousted by a military coup in 1991.

He ascended to be president in 2013 following an election aimed at restoring order after another coup. Previously, he had failed to win the presidential seat in 2002 and 2007.

Mali faces a deepening political crisis, with the leader who ousted Keita -- despite initial promises -- appearing to have no immediate plans for a return to democracy.

After Keita was ousted, an interim government was set to rule the country for an 18-month period. But the military also overthrew that government last year.

West African regional leaders from ECOWAS imposed economic sanctions earlier this month after Colonel Assimi Goita, who heads the transitional junta government, indicated that the next presidential election would not be held until 2026.