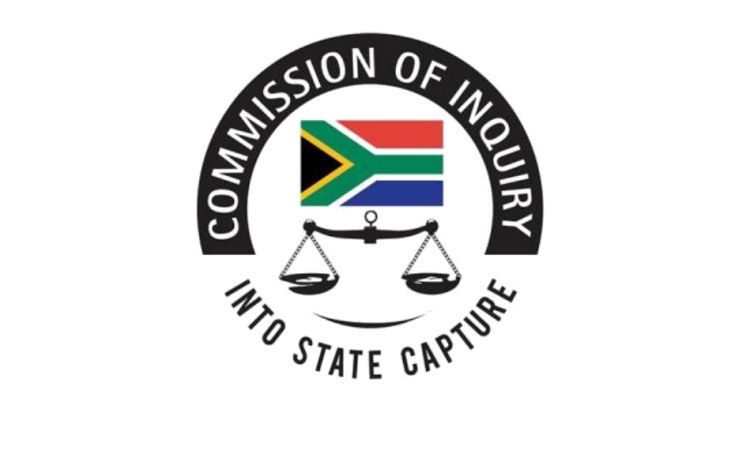 Given South Africa's poor record on implementing the advice of commissions, business and civil society must pitch in.

South Africa's Zondo commission of inquiry into state capture, corruption and fraud handed the first of its three-part report to President Cyril Ramaphosa on 4 January. This after almost four years of witness statements and cross-examinations, and R1 billion of taxpayers' money.

The findings confirmed what most South Africans already knew - thanks to excellent investigative journalism - about the unprecedented scale of grand corruption fuelled by a criminal interplay between the public and private sectors. Deputy Chief Justice Raymond Zondo's conclusions also vindicated the whistleblowers and journalists who uncovered state capture at the expense of their jobs and in the face of threats and harassment from the powerful players they exposed.

The next step for these brave people and the country's welfare is to ensure the enablers are brought to justice, as Zondo's report recommends. But is this likely?

This challenge is not uniquely South African. A 2013 study by Dr Mike Lauder that examined over 30 commissions of inquiry globally concluded that few were effective. Whether these investigated corruption, political violence, drug trafficking or transitional justice, the implementation record was always wanting. The often-used quote attributed to former French prime minister Georges Clemenceau, that 'when you want to bury a problem, appoint a commission to investigate it,' seems relevant.

Reasons for limited action following such inquiries could include a lack of power to hold perpetrators accountable, vested interests and narrow mandates. But it's often weak political will by those in power that makes these processes fail. This will prove critical if Zondo's recommendations are to be implemented.

Ramaphosa should be given credit for acting on previous commission recommendations. The axing of former South African Revenue Service head Tom Moyane based on the Nugent report findings and former senior National Prosecuting Authority (NPA) officials Nomgcobo Jiba and Lawrence Mrwebi on the Mokgoro inquiry stand out.

But acting on Zondo's advice might prove trickier. Ramaphosa would need to take action against his own African National Congress (ANC) members who have been named and shamed in the report. This would undoubtedly make him unpopular with some party members and strengthen the hand of opposition factions within the ANC.

Ramaphosa should be given credit for acting on previous commission recommendations

As president, Ramaphosa has the prerogative to hire and fire his ministers. However, ANC policies infer that the party's deployment committee is consulted in these appointments, which may make it hard for him to remove members.

With the ANC's elective conference looming in December, the worst-case scenario for Ramaphosa could see him jeopardising his chances of renewing his term as party (and country) president. But if he fails to act on Zondo's recommendations, he could lose the public's trust - which might also bring defeat for the ruling party at the 2024 polls. The president faces a difficult choice between party and country, which either way, will require sacrifices.

In addition to political will, successful implementation of the Zondo recommendations also rests on effective detection and prosecution. The Directorate for Priority Crime Investigation (the Hawks) is the policing entity responsible for investigating Zondo Commission cases. The weakening of agencies such as the Hawks and the National Prosecuting Authority (NPA) in the past suggests that getting cases to court will prove quite a challenge.

While the determination to take action is evident from the NPA and Hawks' recent announcement of a new task force to launch investigations stemming from the Zondo Commission, their capacity and capability constraints remain a major obstacle. Does this mean the Zondo Commission will join the list of previously disappointing inquiries in South Africa and worldwide?

If the job of taking action is placed solely on the shoulders of government, the commission's work is bound to have been in vain. This is clear from the state's poor record of holding high-level perpetrators of corruption to account in the recent past, the pushback from various political players towards the Zondo report, and the inefficiency of law enforcement.

The country's law enforcement capacity must be boosted, focusing on the Hawks and NPA. Forging partnerships with the private sector could help. It's encouraging that the business sector has offered to assist the NPA with additional resources to implement the recommendations. The Hawks and NPA could also source funds to enlist detectives and prosecutors with experience and skill who retired or were forced out of the system during the state capture years.

The private sector could also implement aspects of the recommendations independently of government. Professional associations and corporates could take action against members and employees implicated in the report and hold them accountable for their role in state capture.

For its part, civil society could help through public awareness campaigns to popularise the key findings, keep the pressure to act on government, corporates and others, and monitor the implementation process. International partners could support with funding and advice. The establishment of a single anti-corruption agency as suggested by the Zondo report, for example, would require expertise from international partners who have achieved success using such structures in their countries.

There is no doubt that implementing the Zondo Commission's proposals will be difficult. But while there's little reason to expect major steps from government or the ruling party, other actors must do what they can to make this monumental exercise count.

Failure to do so could prove that Georges Clemenceau's words are too prescient.

It's Imperative That South Africa Moves Fast On State Capture Prosecutions. Here's Why