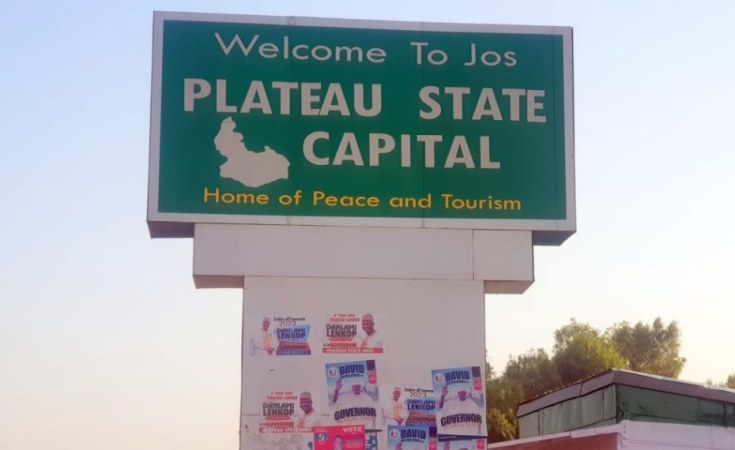 Years of ethnic and religious crises in Plateau State have thought residents to live among their own people.

When the conflict among heterogeneous groups in Plateau State began to worsen, the groups devised a means to protect themselves: partition their settlements.

Because the houses of minority groups are almost always prime targets, it was a way of forging a common front when hostilities broke out, residents said.

Moving in unfamiliar zones is not what many residents do, much less living among opposite parties.

But Juliana Alao, a Christian from Oyo State who had stayed with her younger sister for over 25 years in Gangare, a Muslim-dominated ward in Jos North Local Government Area (LGA) of the state, is defying that safety measure.

Aunty Mai Allura (nurse), as she is called in the area, had resisted persuasion by her friends and family to leave the area, some offering to house her to rescue her from the risks of living in a Muslim-populated area.

When her relatives or friends visit, they would rather wait to be collected by the roadside, she said.

"Everybody would say 'leave Gangare.' Why I didn't leave is that they didn't touch me. They didn't do anything to me. Even when I am in the church and there is a crisis, they will call me to wait for them to come and pick me up," she said.

"'You, a Christian, alone will pass through Gangare?' she recalled being told after service one Christmas.

"Because of the way they honour me when I am with them, I have peace. Just leave me," she would tell them.

"When I was coming, I saw guys who said 'you know aunty must go to church, she's from church,'" adding that the cutlass-wielding youth hailed her as she passed.

Her influence has also saved others. One of such cases was when a petrified Yoruba woman, although a Muslim, was spotted in the area and asked whom she sought, if it was 'Aunty,' to which she said yes.

When the woman was brought to her house, her guest praised her for her bravery in defying the risks.

Home of Peace and Tourism!!!

This story of Ms Alao would not have sold years back. Despite its diverse ethnic and linguistic makeup, for years since the post-independence era, Plateau State thrived as a leading bastion of peace in Northern Nigeria, earning the motto, 'Home of Peace and Tourism.'

While Kano, Borno, Kaduna, the defunct Gongola and Bauchi states had suffered at least one heavy casualty bout as of 1985, Plateau was safe from ethnicity or religious strife.

This was to be undone by the September 1991 Decree No 2 of the military junta of Ibrahim Babangida, which created (alongside 88 others across the country) Jos North Local Government Area at the insistence of the Hausa-Fulani community.

The decision was a watershed in the politics and governance of Jos as it fundamentally altered the dynamics of the city's control.

First, it weakened the dominance of the Berom, Anaguta and Afizere ethnic groups in Jos North. Second, it also meant the groups no longer have total control over the palace of their paramount ruler, the Gbong Gwom. Third, the creation gave the Hausa-Fulani community, as Crisis Group puts it, "the space for group expression that they had always clamoured for."

Angst spiked among the Beroms, and they subsequently boycotted the chairmanship election, inadvertently playing into the hands of their Hausa-Fulani neighbours as Samaila Mohammed, who they see as a "settler," coasted to victory as the first chairman of the Jos North local government.

The then newly elected chairperson may have added to the tension as he was accused of issuing indigeneship certificates to the so-called settlers and appointing them to sensitive positions in the council.

The seething rage between the parties boiled over three years later after the state's new military administrator, Muhammed Mana, an army colonel; and then-head of state, Sani Abacha, appointed another Muslim Hausa-Fulani, Aminu Mato, as chairman of the caretaker management committee of the LGA.

Pent-up anger quickly turned into violent attacks from September 7, 2001, after a Christian woman was attacked for attempting to cross a barricade outside a mosque during Friday prayers.

This laid the foundation for the two-way intercommunal aggression in Plateau State, with subsequent brutal ones occurring in 2004, 2008, 2010 and recently in 2021.

One of these crises reached the doorstep of Mrs Alao.

"I'll never forget the second crisis in Gangare when some youth wanted to burn my shop. Two old men laid in front of the shop, saying before they burn it, they had to kill them," the nurse told PREMIUM TIME last December.

"Later in the afternoon they said 'anyone that touches her will see the wrath of God. She served our people, she served our parents.'"

After the crisis of 2001 in Gangare, one of the 14 wards in Jos North LGA, she planned to leave the area but could not secure another apartment and shop.

Not that she does not hear taunts sometimes, where some youth would tell her she should not be staying among them because she is arnai (non-Muslim), but there are always others who rebuke whoever does that.

Who are the actors behind this peacebuilding effort?

On one hand is Gangare Youths Forum, a group fostering peace, empowering the youth in the area and making violence less attractive to them.

The group's secretary-general, Yahaya Muhammad, said they have been able to convert youth energy into social benefits through empowerment, thereby shielding the environment and not allowing "our youth to go out and make destruction."

"When there is tension in town, we ensure that nobody in the community is harmed, especially those of the Christian faith who come to trade and hawk their wares," he said.

"Two years ago, a skirmish happened within Jos. We the youth, together with community leaders, ensured that both the students and staff of the institution (University of Jos) were secured," he recalled.

The British Council recognised the efforts of the group and in September organised training on organisational capacity building for delegates of the group.

This was corroborated by the ward head of Gangare, Umar Aliyu, who believes the Gangare template should be replicated elsewhere.

"Our neighbours can learn many things from Gangare," he said.

"Gangare has become a refugee for the people when there is a crisis. For instance, the people of Dilimi and Tundu Wada."

Between 2017 and 2020, the organisation's secretary-general in Gangare, Muawiyah Tafinta, said, it resolved over 400 cases.

Mr Tafinta said due to "youthful restiveness" sometimes "during leisure" and years of mutual mistrust, agitations and retaliation could turn awry and take a "sectional" outlook quickly.

"In trying to resolve it, we bring the parties together and where we cannot handle it, we hand it over to the police," he told PREMIUM TIMES, adding that issues they resolve ranged from marriage, inheritance to communal disputes, all under Islamic law.

Mr Tafinta said by doing this, they were looking to institutionalise peaceful coexistence among groups.

"We don't show any kind of bitterness. Christians are free. We know them. They grew here. We are all together. Some of them are parents to our friends," he noted.

On at least three occasions, some parts of the gigantic Our Lady of Fatima Cathedral in the Ali Kazaure area of Jos North LGA were burnt during interfaith crises.

This has, however, not stopped the church from catering for a Muslim family opposite it, whose patriarch had been sick for over five years.

"His hospital bills, everything is from the church," the assistant cathedral administrator, James Umoh, said, noting that it was a way of fostering peace in the community. "The whole sermon we preach here is peace."

"When a new archbishop came into Jos, he was introduced to the family just for them to continue to help them," the priest added.

This bond has made sharing of food and gifts every Christmas a routine of the church. The family too reciprocate this during salah. The church has become its haven.

Off the road to the church is a Muslim-owned school which had been inviting the priest (who has a degree in Arabic) "for their programmes for peace and reconciliation" not only within Jos but also in neighbouring Bauchi.

"Peace is what everybody needs. We encourage them to be at peace with one another. We must do the right thing," Mr Umoh told PREMIUM TIMES.

Since he lost his first cousin to an attack by cattle herders in 2009, the family of Sylvester Dachomo has been displaced from their ancestral farmland in Kassa area of Barkin Ladi LGA of Plateau.

"He went to see what they did (to the farm) and he was ambushed and killed. His first daughter is with me now. Nobody can go there again. It has become the enclave of the Fulanis in Barkin Ladi LGA," Mr Dachomo said.

Despite this, the senior pastor at the Church of Christ in Nations (COCIN) headquarters whose church was attacked in 2012, is championing a peacebuilding initiative.

The Cardinal Onaiyekan Foundation for Peace is the platform under which Mr Dachomo is engaged in many projects, one of which is the "Love Language Vision" inspired by the Bible verse in John 8:31-47.

The aims of the initiative include helping "Christian express love to Musilims" and transforming the relationships between members of both communities, Mr Dachomo said, as he also detailed in his book, "A Biblical Response to Violence."

"We have insisted that Christians must be Christians and they must speak God's language which is love," he said.

Led by New Life For All, an interdenominational fellowship consisting of 14 denominations across northern Nigeria, the initiative involves mobilising gatekeepers to the grassroots with the message of hope under Christianity doctrine.

Members of the board, some of whom are Muslims, from time to time, assist in providing conflict parties with critical skills for peacebuilding and conflict management.

For Mrs Alao, living with people with different beliefs peacefully was a familial trait she learnt from her late mother, Iya Granma as she was popularly known, whom she lived with at Ile Shehu area of Olomi in Ibadan.

"For us it is heritage. They taught us. We don't know Muslims, we don't know Christians," she said.

Unstable Plateau is a three-part series. This is the second in the series. You may read the first here.

(Support for this story was provided by the Centre for Democracy and Development (CDD), under its 'Strengthening the Delivery of Peace and Security (SDPS)' project).