Africa: In Ethiopia, Guinea and Mali, Fears Rise Over Losing Duty-Free Access to US Market 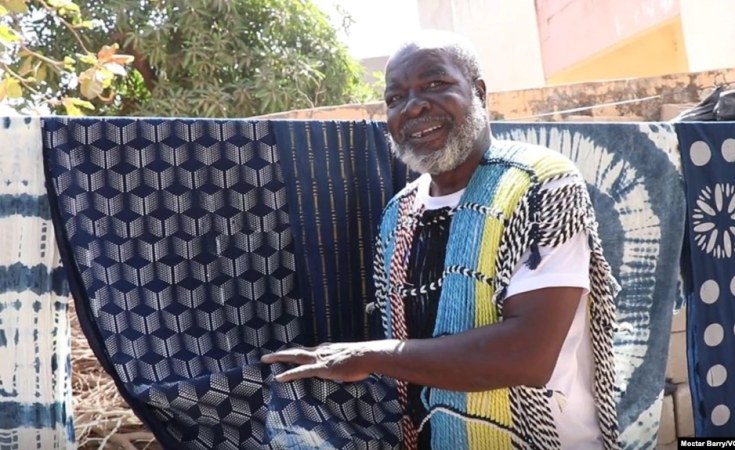 Moctar Barry / VOA
An artisan who weaves and dyes cotton fabric in Bamako, Mali, says: "I earn my living through AGOA."
Voice of America (Washington, DC)

Bamako / Conakry / Washington — For Sammy Abdella, the new year has brought bad tidings: the prospect of a steep drop in sales of scarves, rugs, baskets and other textile goods produced by Sammy Handmade in Ethiopia.

"The U.S. market is our main destination," said Abdella, who estimates it accounts for nearly two-thirds of sales for his Addis Ababa-based home decor and fashion company. "So, losing that put us in a very, you know, bad situation."

The source of Abdella's stress? Effective January 1, Ethiopia was one of three countries -- including Guinea and Mali -- dropped from a U.S. trade program authorized by the African Growth and Opportunity Act of 2000. AGOA gives sub-Saharan African countries duty-free access to U.S. markets for 6,500 products -- if those countries meet eligibility requirements such as promoting a market-based economy and good governance and eliminating barriers to U.S. trade and investment.

Ethiopia lost its AGOA trade benefits for alleged "gross violations" of human rights in the conflict spreading beyond the northern Tigray region, and the West African nations of Guinea and Mali were disqualified for "unconstitutional change" in their respective governments, the U.S. Trade Representative's office said. Guinea experienced a coup d'etat in September. Mali has had two coups since 2020, and its military-led transitional government recently delayed elections. Mali also had been suspended from AGOA for all of 2013 after an earlier coup

A second AGOA delisting will have "serious consequences on the trade in Mali," Mamadou Fofana, a Mali Chamber of Commerce and Industry spokesman, told VOA.

Mohamed Kaloko, head of Guinea's Export Promotion Agency, said losing AGOA status raises the duty fee from zero to "at least 35%" for Guinean textiles, which he said were "well sought after on the American market."

Gracelin Baskaran, a development economist at Cambridge University, predicted the suspensions would have limited impact on Guinea and Mali. Each sends relatively little to U.S. markets -- less than 1% of their total exports, based on 2019 trade data.

But Ethiopia likely will feel "much larger effects," Baskaran said. While the country ranks 88th among U.S. trade partners, its export-driven economic growth model has the American market as a key destination.

"China is the biggest destination," accounting for 16.6% of Ethiopian exports, "but the U.S. is only one percentage point behind," at 15.6%, she said, citing data from the Observatory of Economic Complexity.

Through AGOA, African businesses overall exported $8.4 billion worth of goods to U.S. markets in 2019, according to the U.S. Trade Representative's office.

"AGOA has been transformative for the continent," Baskaran said, noting that textile and apparel imports from Africa to the U.S. "skyrocketed" through the program, "increasing from $356 million in 2001 to $1.6 billion within three years."

But when a country gets suspended from AGOA, it loses its competitive edge and increases the chance that investors and businesses will seek other, more stable markets.

"What we've seen over and over is that they [countries] don't necessarily recover," Baskaran said, "even years after benefits have been reinstated."

She cited the experience of Eswatini (formerly Swaziland). In 2015, the U.S. government cut AGOA access to the tiny, landlocked southern African nation over labor and human rights violations. Many of the 30 textile and apparel factories established to produce for the American market closed down or moved to nearby Lesotho, and the value of Eswatini textile and apparel exports to the U.S. fell from $73 million in 2011 to just $319,000 in 2017, Baskaran said.

Kassahun Follo, president of the Confederation of Ethiopian Trade Unions, estimated that more than 200,000 jobs will be directly affected and more than 1 million indirectly, mostly in textiles, apparel and leather, by the loss of Ethiopia's AGOA benefits.

Abdella expressed concern for Sammy Handmade and its 57 full-time workers.

"We also outsource to about 135 people," he said, including weavers and others who produce handicrafts such as ponchos, baskets and leather purses.

The loss will also be felt in the United States, Abdella said. Along with his company's direct sales to high-end department stores and boutiques, "we've had many wholesalers that actually buy from us, and then they in turn sell to retailers. Our wholesale clients are worried. ... The market has become so competitive."

'People will be scared'

"They don't have any conditions attached when they support or do business with you," he said of Chinese officials. "So, if you see where Ethiopia is now, when the U.S. and so many countries are turning their backs on her, considering China as an alternative is a good move. At least that would help her during her difficult time."

In an emailed response to VOA, the U.S. State Department called China "a global strategic competitor. We offer alternatives in collaboration with our African and other partners consistent with our shared values."

The email also said, in part: "The United States promotes democratic governance, respect for human rights, and transparency. Our focus is on strengthening local capacity, creating African jobs, and working with our allies and partners to promote economic growth that is beneficial, sustainable, and inclusive over the long term."

Trade is a tool of economic statecraft, "one of the best ways of promoting democracy," said economist Baskaran, noting how economic sanctions effectively pressured South Africa to end apartheid in the 1990s.

Unfortunately, Baskaran said, "there are trade-offs" with sanctions. Businesses and individuals can "fall victim to the drive for large-scale change."

In Mali's capital, Bamako, Moussa Bagayoko weaves and dyes cotton fabric for a living. He sees the AGOA delisting as another blow on top of the pandemic, one that will land heavily on tradespeople like him.

"There is no more work for America," Bagayoko said. "The coronavirus had completely shut us out of everything. ... The U.S. government suspends us based on the fact that we do not have a good model of democracy at home. This suspension affects us craftsmen, not authorities."

Bagayoko has participated in the trade program since 2013. "I earn my living through AGOA," he said, "but not if it is taken away from me."

The U.S. Trade Representative's office has said it would help the governments of each delisted country work toward "clear benchmarks for a pathway to [AGOA] reinstatement." Each country's status could be reviewed as soon as it meets the program's statutory requirements.

The overall AGOA trade program is up for renewal in 2025.

Contributors to this VOA report were Moctar Barry in Bamako, Mali, and Kadiatou Traore for the Bambara Service; and Zakaria Camara in Conakry, Guinea, for the French Service. Dereje Desta of the Horn of Africa Service and Carol Guensburg also reported from Washington.