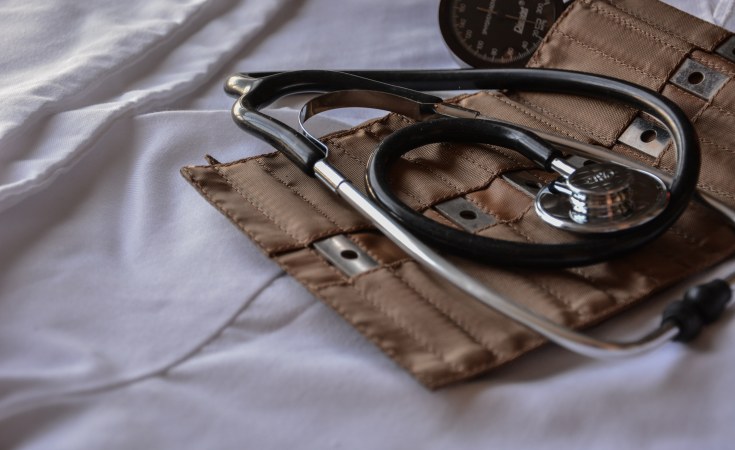 The Medical and Dental Consultants Association of Nigeria (MDCAN) has said more than 100 of its members left the country in the past 24 months.

The president of the association, Victor Makanjuola, while speaking at a briefing in Abuja on Sunday, said the medical officials left the services of 17 tertiary health institutions in the country.

MDCAN is a group of medical specialists in different field of medicines and dentistry with the highest qualifications in medical practices.

MDCAN has members in government and non-governmental hospitals, tertiary and secondary health facilities across the country.

Mr Makanjuola said health workers are leaving in large numbers due to poor welfare and working conditions in the country.

He said the issue of insecurity ravaging major parts of the country is contributing to the daily exit of medical practitioners from the country.

He also noted that many recent policies of government "appear to target medical professionals and their practice in Nigeria", which he claimed adversely impact on quality of healthcare delivery in the country.

"The level of insecurity in the country has remained worrisome, making it nearly impossible to safely use certain road routes across the country.

"This is despite efforts being made by the government to address the challenges.

"The persistent attack on Medical and Dental Postgraduate Medical Fellowship and discrimination against our members have also continued unabated," he said.

He explained that the unjustifiable attacks have the potential for disrupting medical training in universities and tertiary hospitals.

He said the government can improve the conditions of service of those still in the system to halt further brain drain.

"Government as a matter of urgency should put polices in place to arrest the mass exodus of highly skilled medical and dental consultants into developed countries.

"Such policies must domesticate the pull factors while minimising the push factors that encourage emigration of healthcare professionals," he said.

He noted that the recently reviewed hazard allowances by the government "is grossly inadequate to address the multiple risks faced by an average health worker in the country."

He said the federal government's circular is not in line with the earlier agreement reached during negotiation with representatives of various associations under the health sector.

"This further complicates the near-complete erosion of relativity in remuneration that has existed among different health workers," he said.

The Nigerian government recently increased the hazard allowances applicable to health workers in federal government-owned healthcare facilities across the country.

Mr Makanjuola, however, said the agreement reached with the government is between the range of N34,000 and N100,000.

Hazard allowance, a wage supplement paid to workers who do dangerous jobs, has been among key negotiation points between health workers and the government for many years.

Before the recent increment, health workers in Nigeria are entitled to only N5,000 as hazard allowances.

He said "it's important for the government to intensify efforts at resolving the security challenges in the country once and for all to safeguard the lives and properties of Nigerians".

"The government needs to engage critical stakeholders when formulating policies that have direct and indirect impacts on the healthcare system in the country.

"That there is need for immediate review of the recently released circular on Hazard Allowance by the Federal Government, which was not in line with the earlier agreement reached during negotiation with our association, with the hope of reflecting the current realities and relativity of remuneration of the healthcare workers.

"The persistent attack on Medical and Dental Postgraduate Medical Fellowship and discrimination against our members would no longer be tolerated and any institutions that does such will be blacklisted," he said.

The mass exodus of health care professionals, especially doctors, pharmacists, and nurses has been a burning issue in the country.

A 2017 survey by the Nigerian Polling organisation (NOIPolls) in partnership with Nigeria Health Watch, revealed that about 88 per cent of medical doctors in Nigeria were seeking work opportunities abroad at the time.

The Saudi Arabia health ministry recently had a recruitment exercise in Nigeria where over 500 medical doctors participated.