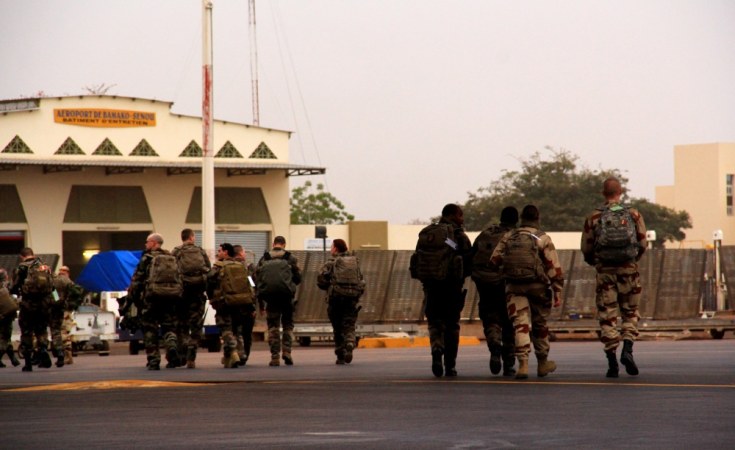 Bamako, Mali — Mali's military rulers are clashing with the international community over when to hold elections and how to conduct the fight against Islamist militants. Former colonial power France has been drawing down its troops in Mali, and European governments are considering pulling troops from a U.N. peacekeeping mission over concerns about Russian mercenaries.

Since being sanctioned by the West Africa bloc ECOWAS for failure to organize elections, Mali's military rulers have taken a hard stance against countries, including France, that backed the sanctions.

France has led the multi-nation military intervention in Mali since 2013, when forces arrived to take back the north from Islamist control.

Mali has acknowledged a degree of cooperation with official Russian trainers, but denies accusations that they are cooperating with the Wagner Group, a military contracting agency widely believed to have links to the Russian government.

Ornella Moderan, head of the Sahel Program at the Institute for Security Studies in Bamako, says that though accusations of human rights abuses against the Wagner Group are concerning, Malians have also seen abuses from other military forces, including France, notably with a drone strike on a wedding in the town of Bounti last year that the U.N. says killed 19 civilians.

Moderan says the extensive Western intervention up until now has had a limited effect.

All of this has not stabilized or improved the situation, she says. On the contrary we have noticed in the last year a worsening of the security context. She says, there are more and more violent incidents, always with a lot of victims. It's in this context, she adds, that we must put the will of the Malian transitional authorities, to try something else, to see if this something else can work.

Aly Tounkara, director of the Center for Security and Strategic Studies in the Sahel, a Bamako-based think tank, says that without the years of military intervention, the current situation could be even worse.

He says a Russian intervention may help in terms of military strength on the ground, but that this will have limited effect on long-term security.

He says he can't see the Russian Federation giving millions for projects that will reduce community tensions, notably how to bring back all of these young people who have joined these radical violent groups, to resume social life, how to restart the economy that has been slowed down by insecurity. Regarding these issues, he adds, after these battles against radical groups, the Malian state will be stuck.

Now, he says, we must reflect after years of military intervention, if in reality the only way to intervene or to respond to the security problem in Mali is with the army? I think from this point of view, really, the answer is no. Maybe we have to find other means, political means, in order to get out of this Malian crisis.

Tine added it's essential that a solution to the insecurity in Mali involve young people and women especially, and focus on development - not just more weapons and military strength.

Previous Story
Tagged:
Copyright © 2022 Voice of America. All rights reserved. Distributed by AllAfrica Global Media (allAfrica.com). To contact the copyright holder directly for corrections — or for permission to republish or make other authorized use of this material, click here.