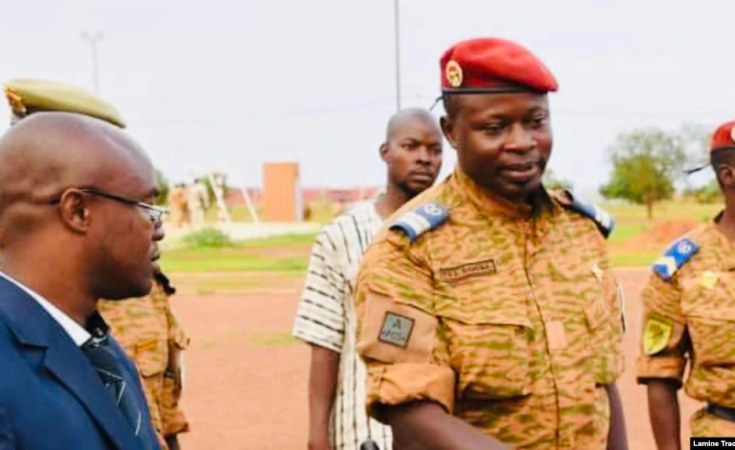 The West African country's new military leader has said constitutional order will return "when the conditions are right." The junta has also pledged to bring security to Burkina Faso.

The new military leader of Burkina Faso said he would restore constitutional order in his first televised address since taking over.

"When the conditions are right, according to the deadline that our people will define in all sovereignty, I commit to a return to a normal constitutional order," Lieutenant Colonel Paul-Henri Damiba said.

The country's president, Roch Marc Kabore, was ousted after a mutiny on military bases. He was blamed for failing to deal effectively with a violent Islamic insurgency. The coup has been widely condemned by the international community.

What has Damiba pledged?

Damiba said various sectors of society would be engaged to develop a roadmap towards government reform. In recent days, the junta has tried to garner support from religious and local community leaders.

Speaking at the presidential palace, in full military fatigues and a red beret, Damiba said security would be a key consideration.

The leader of the Patriotic Movement for Safeguarding and Restoration (MPSR) warned those who he said betrayed the will of the people.

"I warn all those who will be guided only by their selfish interests that I will be uncompromising with the acts of betrayal of the aspirations of our people," Damiba said.

He said the country was faced with an unprecedented crisis.

"In its history, our country has rarely been confronted with adversity. But more than six years now our people have been living under the yoke of an enemy that succeeded," Damiba said.

The country is mired in an Islamic insurgency that has claimed more than 2,000 lives and displaced over 1.5 million people.

Burkina Faso has become the latest African state to fall under military control, joining Mali, Guinea and Chad whose militaries toppled their countries' governments in 2021.

In the case of Burkina Faso, the military ousted Kabore over growing frustration with the government's inability to contain violence perpetrated by religious fundamentalist groups. Security forces and civilians alike have been killed in attacks since 2015.

Towards the end of December, 41 people were killed in an attack in the north of the country, by suspected Islamist insurgents. In November another attack claimed the lives of 49 military officers and at least four civilians.

It was considered one of the worst attacks in recent memory and sparked protests calling for President Roch Marc Christian Kabore to step down.