Africa: France, Sub-Saharan Africa Flounder in the Fight Against Corruption 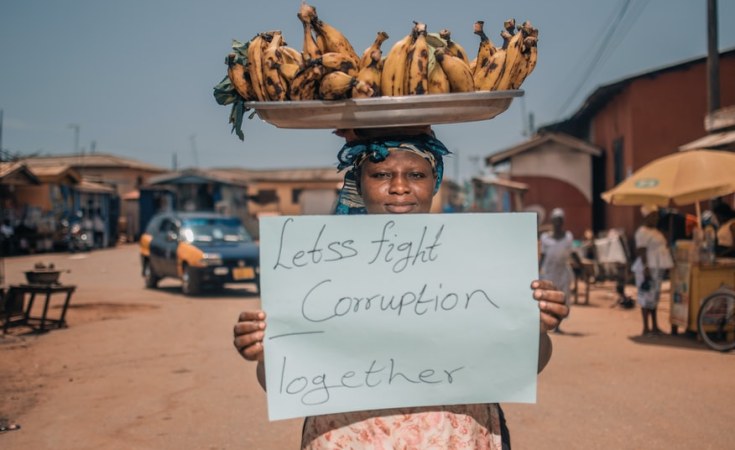 Over the past 10 years, France's leadership in the fight against corruption has stagnated, according to Transparency International, in its annual global report of 180 countries on the perception of graft. And many African countries are failing in the struggle against endemic clientelism and fraud.

According to the report France isn't the only country to have rested on its laurels when it comes to tackling corruption. Sub-Saharan Africa - as a region made up of 49 countries on the continent - hasn't made much progress over the past decade either.

Coming in at 22nd in the list, France is ahead of the United States at 28th place, but lagging far behind Denmark, Finland and New Zealand, who are the top three when it comes to dealing with corrupt practices.

The report also reveals that France has only improved by one point in the past 10 years.

According to the president of Transparency International's French chapter, Patrick Lefas, France has a "lack of resources allocated to justice and to the economic and financial police," indicating that fighting corruption "is not a priority, and it is a concern that may explain the relative stagnation in which we find ourselves in."

Global apathy in the fight against corruption has been highlighted in the 2022 report, with 131 territories having made little or no progress since 2012, although Angola and South Korea make up two of 30 countries that have made more of a concerted effort in the fight against graft.

As a whole, Sub-Saharan Africa scores in the lowest third of the Corruption Perceptions Index (CPI) with a 33 rating. While a few countries improved slightly in the group, most have stagnated or dropped.

Covid-19 and political upheaval - be it coups d'etat, displacement due to armed conflict, terrorism, or civil war - have skewed the numbers into a less favourable position.

The Seychelles usually grabs the best position for the African continent, with a current score of 70 - up 18 points over the last 10 years - but its work as an offshore banking hub and lack of transparency could mar future rankings.

Middle class Cabo Verde and Botswana rank in the mid-50s in a distant second and third, although the southern Africa diamond center has notably dropped 10 points.

One factor of Botswana's fall in the ratings is how citizens of perceive impunity.

According to the 2019 Global Barometer survey conducted by Transparency International, Botswana thought corruption and impunity increased, specifically citing the alleged looting of the National Petroleum Fund.

Similarly in Liberia, the issues of impunity remain a constant for many Liberians, as allegations of corruption remain unresolved.

The country dropped 12 points since 2012, due in part to a weak judiciary, as well as Liberia's anti-corruption agency having seen its credibility "dented".

Investigations made by RFI into the wealth of incumbent President George Weah demonstrates a lack of transparency, with an apparent accumulation of assets since coming to power.

These factors are in line with the rest of the continent, according to surveys done by Afrobarometer, that show sub-Saharan Africans believe corruption has risen.

Unfortunately the countries that continue to languish at the bottom are Somalia, South Sudan and Equatorial Guinea, which are dealing with corruption on a daily basis.

Thanks to work by investigative journalists exposing endemic corruption in the Equatorial Guinea, the country's Oil Minister Gabriel Mbega Obiang Lima, who is President Teodoro Obiang's son, allegedly took kickbacks and a cut of public funds meant for public projects.

The president's other son, vice-president Teodorin, was convicted in French court last year for ill-gotten gains.

Still reeling from the graft of previous administrations

Meanwhile, South Africa continues to deal with the effects of corruption under the administration of former president Jacob Zuma.

Zuma was indicted on corruption charges, but refused give testimony and is currently serving a jail term for contempt of court.

High-level corruption was exposed with the Zondo Commission, but many feel that not enough has been done.

And a new corruption report on Covid-19 tenders out this month has continued to erode public confidence in the government.

A mining scandal from the Democratic Republic of Congo, revealed within the Congo Hold-Up report, indicate that ex-president Joseph Kabila's cronies allegedly embezzled funds from the country's central bank, the state-owned mining company and the tax authority.

The investigation, thanks to a consortium of investigative journalists around the world, including RFI's Sonia Rolley, has traced the trail of corruption to the top levels of government.

The most positive improvement on the anti-corruption chart is Angola, up seven points since 2012 at number 29.

President João Lourenço, who was elected in 2017, has a hand in this, in an effort to clean up the widespread corruption stemming from the family of the former president.

Isabel dos Santos, the ex-president's daughter and the head of state oil company Sonangol, was once considered Africa's richest woman.

Thanks to a series of leaks and corruption investigations, dos Santos' asserts were frozen one year ago.