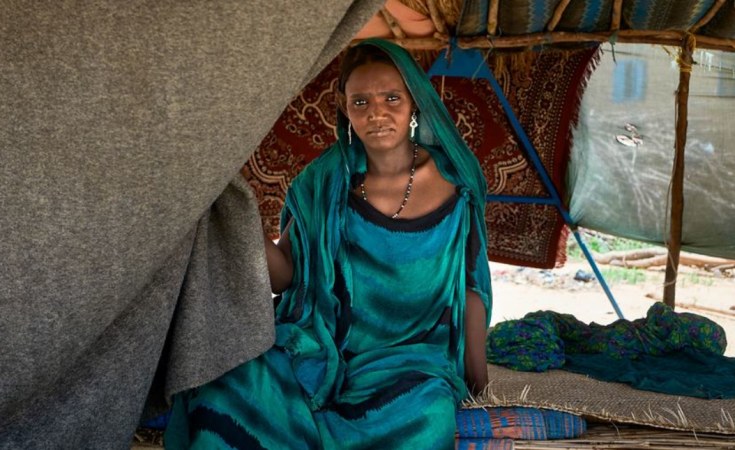 "Needs are growing faster than generosity" in the central Sahel, the Under-Secretary-General for Humanitarian Affairs told a group of senior officials on Thursday, meeting to discuss the worsening humanitarian situation across the vast African region.

According to Martin Griffiths, nearly 15 million people in Mali, Niger and Burkina Faso, will need humanitarian assistance this year. That's four million people more than a year before.

The UN humanitarian affairs office (OCHA) led by Mr. Griffiths, and its partners, will need close to $2 billion for the humanitarian response in these three countries alone.

"It is a grim picture. Conflict, drought and food insecurity, gender-based violence - all growing more quickly than the support that is available", the Emergency Relief Coordinator explained.

The online meeting was a joint effort by the United Nations, the European Union, the German Federal Foreign Office and the Ministry for Foreign Affairs of Denmark.

"The stories they told me are emblematic of the struggles people across the central Sahel face: violence, repeated displacement, and difficulty finding sustainable livelihoods for themselves and their families", he recalled, saying he hopes to visit Mali and Niger in the months ahead.

Together, conflict, climate change, political instability, lack of sustainable development opportunities, and poverty, are driving millions into increasingly desperate conditions. COVID-19 has only made the situation worse.

Violent attacks went up eight-fold in the central Sahel between 2015 and 2021. In the same period, the number of fatalities increased more than ten-fold.

"The result is more than two million people displaced including half a million internally displaced last year alone", the humanitarian chief said.

More than 5,000 schools are closed or non-operational. Many health centres are not working. Displacement and increased insecurity have disrupted access to water, sanitation, and hygiene services.

According to the last estimates, the number of people facing severe food insecurity has tripled in Mali and doubled in Niger compared to November 2020.

During the lean season, more than eight million are expected to be affected.

While needs grow, the central Sahel remains "one of the most dangerous places in the world for aid workers", said Mr. Griffiths, noting that one-third of all abductions of aid workers in the world in 2020, occurred in Mali, Niger, and Burkina Faso.

"Despite these difficulties, humanitarian organizations reached more than seven million people in the region in 2021 and raised $700 million", he added.

Unfortunately, the UN relief chief informed, this is not even halfway to meeting the needs of people in the Sahel.

The humanitarian chief concluded on a positive note, noting that the Sahel is "a region of enormous potential" and that, working together, it's possible to reverse the current trend.