Malawi: Is That a "Juju" Man on Malawi's Bench? 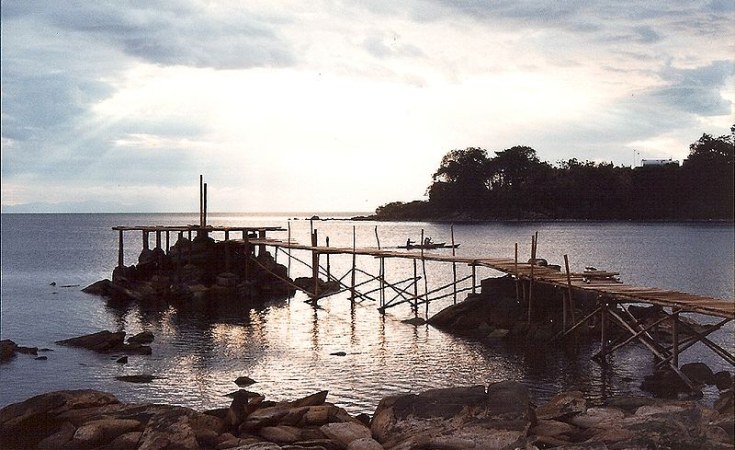 Are ability and elite tactics all it takes to win football matches and tournaments? Does the metaphysical play no role at all? Looking at African football, these are difficult questions to answer.

In Zimbabwe, Malawi, South Africa and much of southern Africa, the rains which start falling in November, the onset of summer, are a welcome respite after the preceding dry, winter months. However welcome the rains are, the relief is sometimes tinged with a measure of trepidation - especially among some rural communities.

After all, rains come with lightning and thunder. It so happens that our region receives a disproportionate amount of lightning compared to the rest of the world. One reason for the phenomenon is the minerals extant in the rocks beneath us that draw the electricity from the sky. Nonsense, some will say - the real reason is African metaphysics.

The now defunct Zimbabwean magazine Parade ran a story in July 1985 in which its reporter interviewed a sangoma considered a lightning expert. Toto Josia Tangwena revealed to the magazine the formula for conjuring lightning: two short reeds, a red cloth, a smouldering piece of firewood and an incantation. Taking part in the ritual is akin to playing with fire, even for practitioners who are well schooled in the art. (Given that fire is involved, the art is more like a science.)

"It's very delicate and one can kill himself," warned Tangwena. On a cloudless day in a striking instance of a localised micro climate, clouds will suddenly gather only above the intended victim's house and, after the rituals and some incantations, a lightning strike is let loose. The consensus in Zimbabwe and much of the region seems to be that the best sangomas - some of them adept at the art of making lightning - come from Malawi.

If a post on social media is to be believed, some Malawians themselves seem to share that opinion. At the Africa Cup of Nations (Afcon) taking place in Cameroon, Malawi's unlikely progress has been ascribed by some to one man in their delegation: Richard Justin Zawazawa. Even though his official job in the delegation is kit manager, some say his real role is that of a "juju" man.

"It is very unfortunate that some Malawians ... rush in making conclusions about some personalities before getting the gist of the matter," a Football Association of Malawi (FAM) official told a local newspaper, dismissing the speculations. Zawazawa's role in the team affectionately known as The Flames, he clarified, was to look after the national team's equipment.

Video footage of Zawazawa at work - filling up a cooler box with bottles of water, carrying footballs after a training session and sorting the team's uniforms - was posted on social media to prove his designated role for The Flames. Malawi, who beat Zimbabwe 2-1, drew with Senegal 0-0 and lost 0-1 to Guinea, qualified for the knockout stage for the first time in the country's history.

Zawazawa's purported role in the Malawi football set up raises a couple of questions about the place of "juju" in African football. If indeed the Flames' remarkable qualification campaign and their progress is contingent on Zawazawa - who has been working for FAM since 2007, at first as a cleaner - why had the football authorities not engaged him or another diviner before? Is it a coincidence that in two of the three times (2010 and this year) that Malawi has qualified for Afcon, Zawazawa was in the team's vicinity?

Yet if Malawians are the best exponents of "juju" in the region, how come they have never won the Afcon to which they have qualified just three times, in 1984, 2010 and this year? The region's two football powers are Zambia, who won the tournament in 2012 and reached the finals in 1994, and South Africa, winners in 1996 and finalists in 1998. Could an incantation, herbs rubbed into incisions on the skin, bathing in water soaked in some potent tree bark and an amulet placed by the goals, turn also-rans into world beaters?

Yet what if the successes - and failures - enjoyed by South Africa are themselves due to "juju"? A curious story reported by Daily Sun in 2012 might explain why South Africa failed to qualify for the Afcon that year. Apparently, the South African Football Association reneged on its agreement to pay R100 000 to a KwaZulu-Natal sangoma, S'bonelo Madela, for the help he gave the team in beating France 2-1 during the 2010 World Cup.

"I am very happy they didn't win. I am not sad at all. How can I be when I am owed so much money? The worst is yet to come," he said of South Africa's failure to qualify from a group which included Egypt, Niger and Sierra Leone. Madela was paid just a 10th of his fees for his help in securing Bafana's victory against France during a 2010 World Cup group game.

Nigeria, Afcon champions thrice, were also not at the 2012 tournament. Although the reason did not have anything to do with a sangoma, it belongs to the same extraterrestrial realm. Instead of a win, Nigeria drew 2-2 against Guinea, forfeiting a place at the finals held in Gabon. Nigerian striker Peter Odemwingie, who played for English Premiership side West Bromwich Albion at the time, blamed the result on the late prophet TB Joshua.

"The prediction of Prophet TB Joshua really affected us. We thought we could see him and see how he could overturn the negative prediction, but the officials came with another prophet who prayed for us and told us that all was well," the player said.

Yet what if all of this is just in the febrile mind, that "juju" and the soothsaying of so-called prophets have no tangible effects on proceedings - not on the football pitch nor, indeed, anywhere else? While trying to convince the reporter of his powers to summon lightning, Tangwena told them that he was prepared to demonstrate his powers, if a suitable fee could be agreed. "If anyone does not believe this, we can do a demonstration for him, I can tell him that you will be struck by lightning at 1pm and this will happen. But what's the use of arguing and getting killed?"

Showing sense, the reporter didn't offer himself as a guinea pig, which meant the question of whether Tangwena could really summon a lightning bolt from the sky remained moot. Without providing any proof, Tangwena still claimed that the eastern Zimbabwean region of Manicaland produces diviners who "know how to play this lightning game".

Despite all its lightning and its other practitioners in African metaphysics, Zimbabwe still lost 2-1 to Malawi at the game of football. Perhaps the Zimbabwe national team's own resident sangoma, showing compassion and admirable restraint in using his powers, would not bring himself to strike Malawi's "juju" man with lightning. After all, football is only a game and no one, however big the stakes, should lose their life because of it.