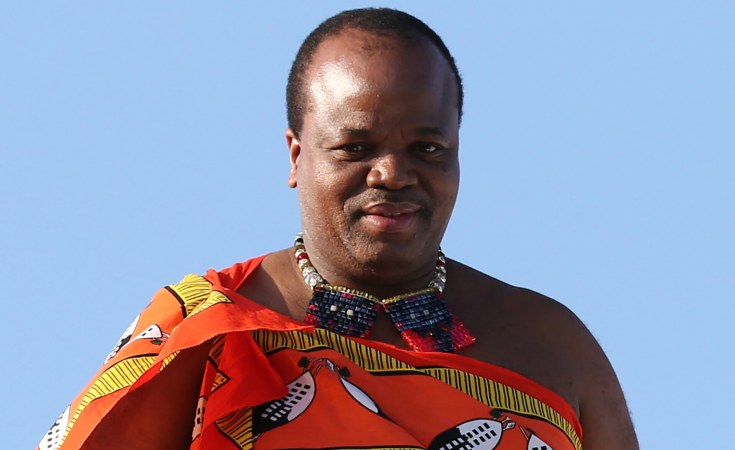 King Mswati III's security forces are again acting violently against student leaders across the country who remain steadfast in their demands for justice and democracy.

Security forces in eSwatini have once again been cracking down on the student movement in the country. They have been accused of arbitrarily abducting, arresting, interrogating and torturing student leaders to confess to fabricated crimes.

The crackdown has become more pronounced since students throughout eSwatini embarked on protests in mid-January wanting scholarships and allowances for all tertiary students. They also demanded justice for law student Thabang Nkomonye, who died - allegedly at the hands of the police - in May 2021, and the release of two pro-democracy members of Parliament, Mduduzi Mabuza and Mthandeni Dube, who were arrested in July 2021 on terrorism charges.

On 31 January, Colani Khulekani Maseko, 30, president of the Swaziland National Union of Students (Snus), was arrested by about 40 plain-clothed police officers in Manzini while on his way to class at the Southern Africa Nazarene University (Sanu). The campaign officer of the union, Sibusiso Nkwanyana, 23, was also taken away and held by the police during the incident.

The pair were taken to two police stations outside Manzini - first Mafutseni and then Mliba - to be interrogated. Maseko says the police accused him of having disrespected the government. "They wanted me to confess to this," he said.

The police told Maseko that during a meeting of the university's student representative council (SRC) on 14 January, he allegedly told its members that he would not address them while pictures of King Mswati III were still hanging on the walls. He says the officers accused him of having gone to the faculty of sciences to "incite violence and encourage students not to respect the heads of state - King Mswati, Queen Mother Ntfombi Tfwala and Prime Minister Cleopas Dlamini. They also said that I wanted to injure the vice-chancellor of the university and that I destroyed padlocks and gates."

Some of these charges were published in the Times of Eswatini, a newspaper perceived as being sympathetic to the regime. "When someone from nowhere comes and says to you that you must confess to [something] which is baseless, you wonder if that person isn't mentally disturbed," Maseko said.

In a statement released on 1 February, Sanu publicly ridiculed the charges as "incorrect". The student movement has commended the university for its courageous stance and challenged other entities to follow suit and not spread inaccurate information as a means to suppress pro-democracy formations.

Nkwanyana says he doesn't know why the police abducted him, but confirms that he took videos when they surrounded Maseko and was under the impression that they wanted him to delete the footage. "I was interrogated and they asked what happened when Mswati's pictures were damaged on the opening day of the university last month," Nkwanyana added.

He says the officers asked him to write down the names of all the students who were protesting and wanted all the names of his classmates too. They forced him to divulge the content of the discussions at the SRC meeting on 14 January and produced a photograph as proof that he had been there. He was strangled when he tried to be evasive, but was released at about 6.30pm without being charged.

Nkwanyana is not the only student leader to be intimidated in this way. Sakhile Awuviva Nxumalo, 28, national political educator at Snus and Manzini regional chairperson of the Swaziland Youth Congress, says he and Maseko's girlfriend went to visit him on 1 February.

Later, Nxumalo told a student gathering at Sanu that Maseko "was in good posture and in good spirit". While addressing the students, the police's notorious operational services support unit (Ossu) came and fired tear gas at them. As a result, Sanu decided to close the campus. Nxumalo says plain-clothed officers then chased and finally captured him at a fuel station. He was taken to an underground police post at Riverstone Mall in Manzini.

"There were 12 Ossu officers who came to me. They removed my shoes and socks," Nxumalo said, adding that they then poured water on his feet and shocked him with tasers on his feet, chest and his back. "They were also beating me. Blood was oozing from my nose. They demanded that I go to wash off the blood. When I came back, they continued even more."

Nxumalo says he was repeatedly slapped, which has affected his hearing. "I ended up collapsing as they tortured me for about an hour." After that the officers took him to the Raleigh Fitkin Memorial Hospital, where he was briefly treated for his injuries and released without being charged.

Maseko, who was held in prison for five days, describes the conditions as "terrible" and says inmates are treated like "dogs". The blankets smell of urine, the toilet seat is right next to where the inmates sleep and the food is bad.

"When I think of our freedom fighters, including the members of Parliament who are still languishing in jail, I really salute them for their resilient spirits," Maseko said. "I am not a hero, but I can tell you that prison is not a nice place to be."

He was released on R15 000 bail on 4 February after students and labour movements mobilised across the country demanding his release. "An oppressive government does not run out of tactics to create conditions to abuse people and I wasn't surprised," said Maseko. "These are nothing other than tactics to intimidate and frustrate those who believe in the genuine and noble call for a democratic eSwatini.

"There is no crime in that I do not agree with you on ideology. And when I don't agree with you, you don't use violence against me because we live in a world where there is freedom of speech and freedom of association and assembly. It shows us that the current system of governance in eSwatini is oppressive and violent towards its own people."

Snus secretary general Wakhile Lukhele, 24, a final year commerce student at the University of Eswatini, says the police thought arresting Maseko would break up the solidarity among students. "But they were surprised that even when they took the president, Snus was functioning and coming down hard on them. They were expecting that we would not unite and continue to fight for his release and for our pro-democracy members of Parliament and all political prisoners," Lukhele said.

He believes there is only one reason why the regime is targeting student leaders. "The regime is scared of Snus because students are the ones who are robust in calling for democratic reforms. They fear us because we are young, energetic and so determined. What they are trying to do is to silence the student movement."

The student leaders are resolute that no intimidation will make them give up the fight. "Our struggle for democracy is legitimate and noble," said Maseko. "That is why, when we go to the streets, we do not carry guns, we do not carry any weapons. We come with our voices and our energy. We understand that our duty is to liberate the oppressor and the oppressed. Our struggle is a struggle of love."

Emaswati Increasingly Dissatisfied With Their Democracy

Next Story
Tagged:
Copyright © 2022 New Frame. All rights reserved. Distributed by AllAfrica Global Media (allAfrica.com). To contact the copyright holder directly for corrections — or for permission to republish or make other authorized use of this material, click here.