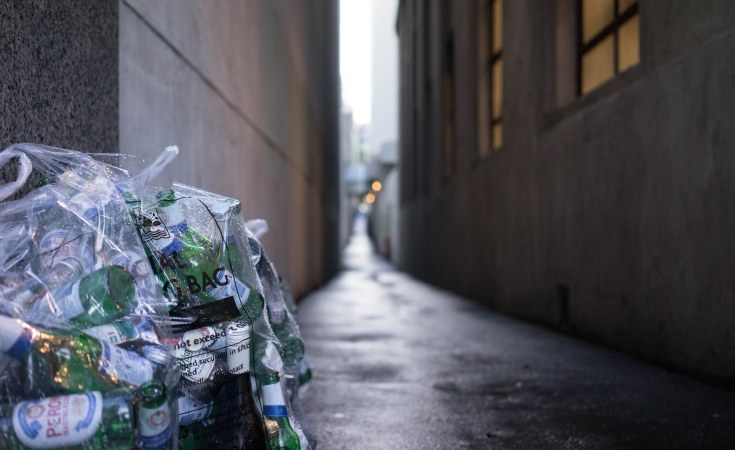 With an estimated population of 2,500,000, Lusaka produces about 1,200 tonnes of waste every day as the generation rate per person is estimated at 0.5 kilogramme (kg).

This is according to latest report on the status of waste management in Lusaka.

Due to the increased number of vendors in the Central Business District (CBC) of Lusaka City, the generation of organic waste has increased thereby making it very difficult for the local authority to manage.

Lately, Lusaka residents have complained and expressed fear about the increased piles of uncollected garbage in the city especially in the CBD and around townships as it could lead to the outbreak of water-borne diseases such as Cholera.

A shop owner in the CBD, Mather Mungwala, says street vendors largely contribute to the increase of piles of garbage in the CBD.

According to Ms Mungwala, vendors don't have proper hygiene systems such as trash bins hence they leave garbage generated during the day on the streets.

"I have vendors outside my shop and I have seen them dump garbage on the road Islands. As shop owners, we pay a levy to Lusaka City Council for garbage collection and they do that on a daily basis," Ms Mungwala said.

On the other hand, Naomi Mbewe, a resident of Misisi Township says she could not afford to pay garbage collection fees to Community Based Enterprise (CBE) which costs K50 per month.

"As a single and unemployed mother of two, I don't have the luxury to pay people or a company to collect my garbage so I just dump it where there is a pile of rubbish and burn some if I can. I know what I am doing is wrong but what can I do if I can't afford it? The Government should introduce free waste collection in Townships because not everyone can afford to pay. Free waste collection is the best way to clean the city," Ms Mbewe said.

Kabanana resident Betty Manjimela commended CBE, an entity in charge of collecting garbage in her area, describing the Enterprise as consistent in its operations of collecting the solid waste every two weeks at a fee of K50.

Ms Manjimela further called on the residents to support the council's efforts of ensuring garbage was disposed off in designated areas if Lusaka was to be kept clean.

This is to ensure compliance with the solid waste management guidelines through both good practices and subscription to the franchise waste collection companies.

Mr Mtonga says the council placed Skip bins along congested roads such as Freedom way and Lumumba roads for containment and proper storage of waste generated by the stakeholders and vendors in town.

The local authority is working closely with the local leadership to promote the Make Zambia clean campaign.

"The Chunga disposal site receives only about forty per cent 40 per cent of the waste daily, and this waste is collected and transported by the LCC, franchise contractors and those transporting their own waste. The remainder is left in the environment to decompose or is burnt, with a small fraction going for recycling. The LCC collects and transports about seventy percent 70 per cent of the waste disposed of at the landfill, while the remainder is handled by the private sector," Mr Mtonga said.

In implementing the solid waste collection system, the city has been broadly divided into areas, that is, the conventional housing areas and the peri-urban areas.

LCC provides solid waste collection services in and around the CBD and also supports the CBEs operating in the peri-urban areas.

"Currently, Lusaka has one disposal site in Chunga which consists of the old Chunga dump and a new sanitary landfill. The old dump was in use from 2000 till the end of 2006. It has an area of approximately 1.8 hectors and a height of about 10 metres as it contains about 320,000 tonnes of mainly municipal waste. The old dump is covered with a thin layer of soil," Mr Mtonga said.

He says the sanitary landfill had been in use since beginning 2007 and it covers an area of approximately five hectares.

Currently, some 60 per cent of this area is being used for land filling. The height of it varies from one to six metres which is very shallow.

By mid 2009, the accumulated amount of waste in the sanitary landfill was about 200,000 tonnes.

The landfill is not operated according to sanitary land filling practices. At the landfill about 250 waste pickers are active.

Mr Mtonga says the city was spread over an area of approximately 30 kilometres (km) by 30km stretching up to 44 km between the Kenneth Kaunda International Airport to the east and Lilayi to the south with about with 450,000 tonnes of waste per year of which only 40 per cent was being collected and disposed of at Chunga landfill while 50 per cent of the municipal waste was of organic origin and biodegradable.

According to the information collected, it seems LCC has been facing challenges in managing waste due to illegal dumping and littering of garbage in the city by the public that is not sensitive and not aware of responsible waste management among others.

Uncoordinated disposal of waste in the city, inadequate waste collection for a large portion of the population, illegal dumping, unlicensed waste management activities, lack of space at permitted landfills and lack of regulation and enforcement of legislation, among others, need to be improved in the city.

This should be done to ensure the issue of uncollected garbage in the city becomes a thing of the past.

Next Story
Tagged:
Copyright © 2022 The Times of Zambia. All rights reserved. Distributed by AllAfrica Global Media (allAfrica.com). To contact the copyright holder directly for corrections — or for permission to republish or make other authorized use of this material, click here.