Africa: People With Disabilities Have Been Forgotten. Not Any More 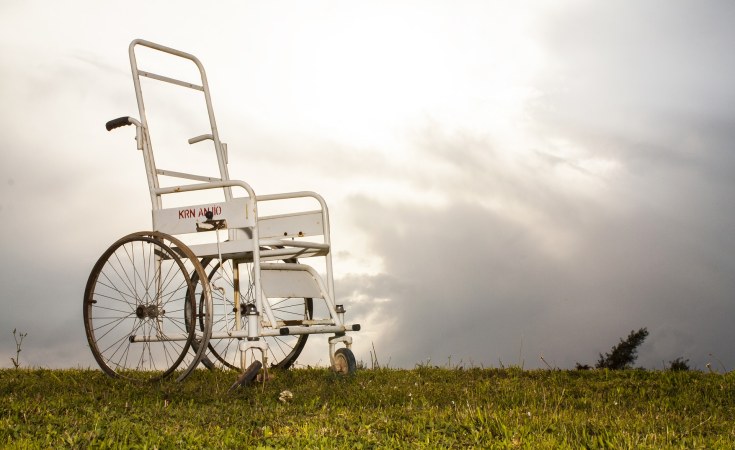 This is the year to take real action on disability rights in Africa, starting by ratifying the ADP.

This week, the governments of Ghana and Norway are co-hosting the second ever Global Disability Summit. On 16-17 February, the gathering will aim to address the needs of the more than 1 billion people with disabilities around the world, 80% of whom live in developing countries. As a woman from Ghana who has grown up with a severe visual impairment, experienced stigma and discrimination, and spent my life fighting for disability rights, this is an important moment for me.

The summit also comes at a key moment for the world as it decides how it build back from the devastating impact of Covid-19. Before the pandemic, I had seen so much progress in disability rights in activism, advocacy and legislation. But when Covid-19 struck, I have to admit that even I, a life-long disability campaigner who has experienced exclusion first-hand, was surprised at the way people with disabilities were left behind. There have been some attempts to make the response inclusive of people with disabilities, but they have yet to be anywhere near sufficient.

This was not only true in Ghana, but across the world. Our needs were constantly neglected, from information not being accessible, to PPE not being available, to people with disabilities not being prioritised to receive vaccines. This is all against a background in which millions of people with disabilities already face daily denial of their human rights to education, health care, employment, and political participation.

The situation for people with disabilities is put in stark relief by some quotes gathered by Inclusive Futures. "Apart from the radio news, I was unable to access other types of information on the vaccine. As a blind person, I have no other sources of information," said a blind woman in Senegal. "My greatest pain is when even some organisation brought some relief food here, nobody was bothered that I could get food, [because] I had no sign language interpreter near me," reported a woman with a hearing impairment in Uganda. "If the government wanted to know where and who people with disabilities are, they would not be unable to. But they do not care about us. They have forgotten us," said a woman with a physical disability in Kenya.

This global summit will be the first since the start of the pandemic that focuses exclusively on advancing disability inclusion in all areas of life and encourages concrete commitments from global leaders. At the first-ever global disability summit in 2018, hundreds of commitments were made, and many have been acted upon. Yet many are yet to implemented, were vague, were not properly financed, or did not take neglected areas into account.Moreover, there wasn't a meaningful mechanism in place to hold bodies to account for their commitments. This year's summit is an opportunity to improve and build on this.

That's why I am working with Sightsavers' Equal World campaign to call on governments and global decision makers to attend the summit, engage with people with disabilities and their representative organisations, and make ambitious, properly financed commitments that will result in real change. Today, we are submitting a global petition that calls for this, signed by 30,000 people in more than 100 countries.

Many disability concerns are universal. But for the more than 80 million people living with disabilities in Africa, there are some issues - from local customs and traditional beliefs to harmful practices and minority groups - that are unique to the continent and individual countries. Africans with disabilities are disproportionately likely to live in poverty and face barriers to participation in all areas of life. Many lack equal access to education, healthcare, employment opportunities, housing, social protection systems, justice, and cultural expression and participation in political life.

The UN Convention on the Rights of Persons with Disabilities (UNCRPD), which has been adopted by over 50 African countries, has been the key human rights treaty for holding countries to account on disability issues. It is a hugely important and effective instrument for ensuring the rights and freedoms of people with disabilities around the world. However, it is not able to represent the uniqueness of the African context.

This is something we have the opportunity to address this year through the campaign for the ratification of the African Disability Protocol (ADP). The is the legal framework on which African Union (AU) member-states are expected to formulate disability laws and policies to promote disability rights in their countries.

The ADP takes African practices and concerns into consideration and is meant to ensure no one is truly left behind. It addresses political, economic and social issues affecting people with disabilities such as harmful practices, discrimination, social exclusion, increased rates of poverty, and risk of violence and abuse, particularly for persons with albinism and women and girls.

It was adopted in 2018 by the AU, but for it to become legally binding we need 15 member states to sign and ratify it. So far only Mali and Kenya have fully ratified it, while some others are at various stages of signing up. Many groups representing persons with disabilities throughout Africa - such as the Ghana Federation of Disability Organisations in my home country - are calling on their governments to use the summit as a chance to commit to ratifying the protocol.

If we are to achieve full inclusion and participation, we need transformational change. This means the systematic inclusion of people with disabilities by governments, civil society and development agencies. Our right to participate is fundamental to delivering this change. People with disabilities and their representative organisations need to be consulted on the issues that affect them - from start to finish. That change must happen now, and the Global Disability Summit and the ratification of the African Disability Protocol provide great opportunities for this.