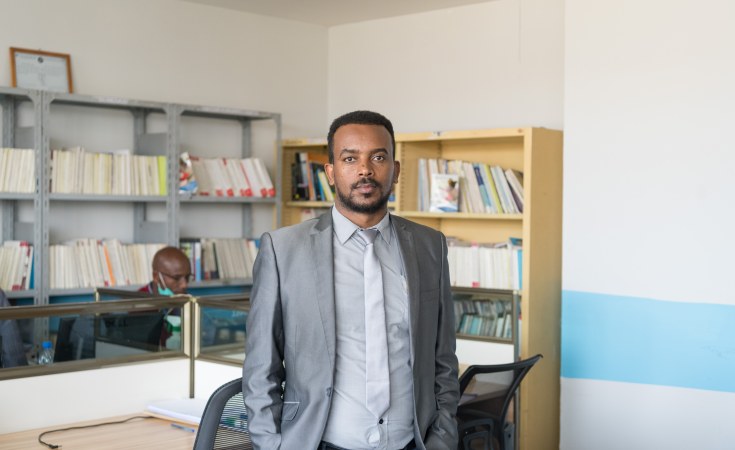 Addis Abeba — The Ethiopian Human Rights Council (EHRCO) is to receive the Human Rights Award 2022 from the German section of Amnesty International. The 10,000 euros award will be conferred in recognition of EHRCO's selfless human rights advocacy in Ethiopia, which it engages in at great personal risk.

According to a statement issued in connection with the award, the independent EHRCO has been the voice of human rights in Ethiopia for over 30 years. Its employees investigate human rights abuses, provide legal advice to those affected and are involved in human rights education. Their advocacy is often associated with reprisals and personal risk. The outbreak of the armed conflict in 2020 in the north of the country, especially in the Tigray region, makes EHRCO's human rights work indispensable.

"EHRCO is the voice of the unheard in Ethiopia," said Markus N. Beeko, Secretary General of Amnesty International in Germany. "For 30 years, EHRCO has been fighting for those affected by human rights abuses. For this, its supporters have been insulted, imprisoned, tortured and even killed. Nevertheless, EHRCO never allowed itself to be intimidated. Amnesty International recognizes this courage and advocacy in honoring EHRCO with the Amnesty Human Rights Award - the eleventh time the award will have been conferred."

"Receiving the award and working with international human rights organizations like Amnesty International is immensely important to us, as human rights are universal that need collaboration and solidarity for the betterment of Human Rights and Democracy" said Dan Yirga Haile, Executive Director of EHRCO.

"We now know: If something should happen to us, others will raise their voices and stand up for us in solidarity. In Ethiopia, the government and politicians suppress many voices of the people in various ways. These voices are not getting the attention they deserve. Amnesty International's Human Rights Award helps making these voices heard by honoring EHRCO's relentless human rights efforts for thirty years now."

Since the beginning of the armed conflict in northern Ethiopia in November 2020, Amnesty International has witnessed gross human rights abuses committed by all parties to the conflict, including extrajudicial executions and sexual violence against women and girls. In Amnesty International's assessment, these constitute violations of international humanitarian law, war crimes and, in some cases, possible crimes against humanity. Millions have been displaced within the country, and several million in Tigray and neighboring regions are being denied humanitarian aid. According to Amnesty, clashes between the armed groups have claimed at least 1,500 lives. Since early 2021, the police have been arbitrarily detaining Tigrayans and those caught up in the conflict.

On the fourth anniversary of Abiy Ahmed prime ministership on 2 April 2022, Amnesty International is calling on the Ethiopian government to allow independent human rights organizations - such as EHRCO - access to the conflict region of Tigray; to protect journalists and human rights activists, and guarantee their freedom of expression and freedom of the press; to stop the arbitrary arrest of journalists and human rights defenders; and to release all those detained on political or ethnic grounds.