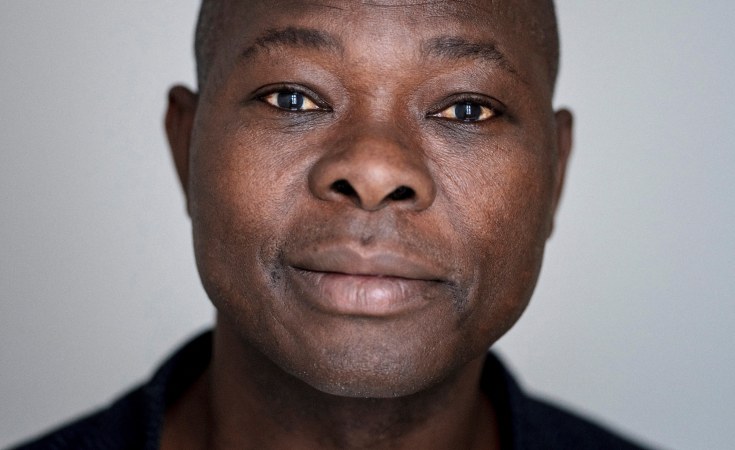 Diébédo Francis Kéré has become the first African and the first black person to be awarded architecture's highest international honour, the 2022 Pritzker Architecture Prize. Kéré was born in Burkina Faso, West Africa, and built his architectural practice designing schools and medical facilities that were most often built by local communities with minimal resources and a very careful selection of affordable and sustainable materials. It was this approach that led to his architecture firm receiving global recognition. We asked architect and African architecture researcher Paulo Moreia to tell us more about Kéré and his win.

An introduction to Francis Kéré

Francis Kéré is a 56-year-old internationally renowned architect. He was born in Gando, a small village in Burkina Faso. He turned his destiny around through education, becoming one of the most representative figures in the African diaspora.

As a child, Francis had to leave his family to attend school in the nearest town. Driven by his own optimism, and by the awareness that in his home country only education could make a difference, Kéré moved to Berlin on a carpentry scholarship and to study architecture. Even before he finished his studies, he designed a primary school in Gando.

In Germany he founded an association to raise funds to build the school, translated as 'Bricks for Gando', it was later renamed the Kéré Foundation.

What kind of architecture is he known for?

The Gando school is a model of sustainable building. Its features include allowing cooling air to pass through and around the building. Another is its innovative use of widely available local resources - both materials and unskilled labour.

It has become an example of the power of architecture to uplift and inspire.

The first school built using this model - in Gando in 2001 - encouraged the implementation of further projects: another school, then a library. These buildings, in turn, have attracted other buildings around them - and even the neighbouring villages have built their own schools following Gando's cooperative approach.

When architecture has such an impact in the context where it operates, it can only be described as a powerful type of architecture. The impact extended to the whole nation. Less than 15 years after building his first school, Kéré was invited to design Burkina Faso's national parliament. It also extended beyond the country's borders - across the continent and then further afield. In Africa there have been projects in Benin, Kenya, Mali and Mozambique. Worldwide there have been projects in Europe, America and Asia. Kéré's school inspired my own work as an architect in Angola.

What is the Pritzker Prize?

It is architecture's highest honour. It's granted each year to architects whose work has achieved excellence. This year it is in its 45th edition.

Historically, the prize honoured the designers of iconic buildings, but in the last few years this seems to have changed. In 2021 a French duo Lacaton & Vassal were recognised for their advocacy of social justice and sustainability. In 2016 the Chilean Alejandro Aravena won the award for his design of several social housing projects and in 2014 it was awarded to Japanese architect Shigeu Ban. Besides creating architecture, Shigeu Ban also volunteers for disaster relief.

Why does Kéré's win matter?

In these convoluted times, Kéré's work is a magnificent example of the potential of architecture to provide a better future and to catalyse progress on a local scale. His projects show how the architect's role is not just to design walls, doors, windows and roofs - although he does all of those too, with great quality, elegance, rigour and beauty. His work shows strong climate and budget concerns, along with the will to engage local communities in the design and construction of the buildings themselves.

Kéré's work suggests that only once buildings are inhabited can we know if their architecture truly suits them. For instance, an oversailing metal roof which provides shade from the brutal sun and protects the walls from the rain might become an unintended playground for children, who like to climb roofs as if they were trees.

His sensibility for using local resources and adapting buildings to their surroundings has become an inspiration for many other architects.

How could Kéré's work make the world a better place?

Kéré's work resonates on a global scale. His buildings are acts of social transformation. Above and beyond any architectural discourse, they create the conditions for cultivating civic responsibility and promoting self-empowerment.

Once again, looking back to the beginning of his career, which set the basis for his approach to architecture, Kéré's decision to compensate the support for his childhood studies with a school building was not coincidental. He knew that as a first public institution, the school would enable the population to begin to acquire a proper civic voice - eventually becoming participants in the destiny of their village and country, instead of merely being affected by it.

If this vision was applied elsewhere, the world would definitely be a better place.