Zambia: The Race to Save Zambia's Wetlands 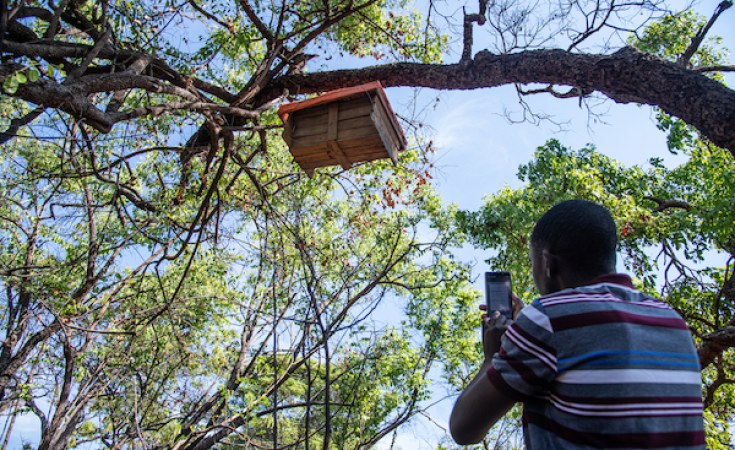 As the sun sets in central Zambia, orange rays reflect across the Lukanga Swamp, a vast wetland spanning 2,600 km2.

A watery path cuts through the swamp's reeds and purple water lilies, where dugout canoes pass daily, ferrying fishers to and from their floating camps. Among them is John Chisela, one of more than 6 million people who rely on the wetlands - and the surrounding forests - for food, firewood and income.

But for many here, life is becoming more precarious

"Fish catches are getting smaller," says Chisela, who earns US$60 from a 50kg catch, just enough to cover his family's needs. "But there are no other jobs in the area."

The Lukanga Swamp is under attack. Across the wetlands, which are home to many endangered species, climate change is driving heatwaves and extreme weather events, like floods and droughts. Parts of the swamp that remain wet throughout the year are increasingly hit by flooding, while drier areas are only getting more parched.

At Mukubwe Primary School, Head Teacher Mwamba Achilleus Bwalya explains that with only one pump in the whole town to supply 800 pupils and 300 households, drought affects school attendance while families struggle to feed their children.

"My heart bleeds when I see children just moving about and not coming to school," says Bwalya.

At the same time, over-fishing in the wetlands and logging in its bordering forests is rapidly thinning out the region's natural resources and causing soil degradation. Globally, wetlands are the planet's most threatened ecosystem, disappearing across the world at alarming rates - three times faster than forests. By 2000, some 85 per cent of wetlands present in 1700 had been lost, with conversion to agriculture among the biggest continuous threats to this ecosystem.

"Despite their importance, wetland and forest ecosystems in Zambia are currently experiencing large-scale deforestation and degradation," said Jean Kapata, the Minister for Lands and Natural Resources, at a government-hosted event in April 2021.

To help change that, the government of Zambia is executing a new four-year project to help communities near the Lukanga and Bangweulu wetlands in the Central and Luapula provinces of the country.

Drawing on an increasingly valued approach for building climate resilience, termed ecosystem-based adaptation, the project is restoring wetland and forest ecosystems to reduce the vulnerability of local communities to climate change.

Wetlands and forests reduce the impacts of climate change by absorbing excess rainwater into the ground during floods and providing sources of water during droughts. As the ecosystem disappears, so too do these vital climate defences, and communities become trapped in the constant oscillation between flood and drought.

The Zambia project is supported by the United Nations Environment Programme (UNEP) and funded with US$6 million from the Global Environment Facility, a major funder of climate change projects.

The ecosystem restoration will feature a practice known as assisted natural regeneration, a low-cost method that focuses on countering actions that deplete natural resources, such as wildfires, over-grazing and wood harvesting, with income generating activities which build on natural resource protection, such as fish farming from water harvested during flood periods.

The project will also identify strategies to eliminate the Kariba weed, an invasive species that clogs up waterways and harms fish species. In keeping with the spirit of nature-based solutions, the project is exploring the tested option of introducing weevils, a natural predator of the Kariba weed.

"The UN Decade on Ecosystem Restoration was launched last year with the recognition of the multiple benefits that restoring nature brings to communities," said Jessica Troni, Head of the Climate Change Adaptation Unit at UNEP. "This includes the power of nature in defending and shielding us against the impacts of climate change, and Zambia's wetlands are a great example of this in action."

Through seed capital and technical support, the project will work with communities, such as those near Mukubwe Primary School, to plant climate-resilient crops to better withstand drought, but also to set up rainwater harvesting systems during rainy seasons.

Student Clement Katemba says his community is continually looking for livelihood alternatives that don't put pressure on the wetlands and forests - something this project will directly address. But charcoal production, which involves the felling of trees around the wetland, feels like the only option for getting from day to day.

"We cut trees for charcoal because that's the only way we can sustain our families. When it's dry, we're forced to do anything to earn a better living, to make sure parents have their needs met. But the forest is important to us - we don't want to destroy it," says Katemba.

Mbewe, the project manager, says community members will be supported by the project to adopt alternative livelihoods, including beekeeping, that reduce pressure on fisheries.

"A first step will be to carry out a climate-risk assessment to map the wetlands and find out what interventions are needed most urgently and where," said Mbewe. "Then we can support communities to create more sustainable income-generating options, so that charcoal making, overfishing and tree-cutting are not the only fall-back options."

Despite their potential to support climate adaptation as a haven for wildlife, filtering pollution and acting as important stores of carbon, wetlands face rising threats globally from sea-level rise, coral bleaching and accelerating weather change.

Under Sustainable Development Goal 6, all countries are committed to protecting and restoring wetlands by 2030. UNEP has a special role in helping to monitor and achieve that target, with action to revive damaged ecosystems accelerating during the UN Decade on Ecosystem Restoration.

To support the global uptake of nature-based solutions for climate adaptation, UNEP and the International Union for Conservation of Nature (IUCN) are co-managing the Global EbA Fund, currently providing at least 30 million euros in seed capital to innovative approaches.

For more information about the project, officially titled Building the Resilience of Local Communities in Zambia through the Introduction of Ecosystem-based Adaptation into Priority Ecosystems, please contact Jessica.Troni@un.org. Learn more about our GEF-supported work in climate change adaptation here.

Offering Beekeeping as an Alternative to Charcoal Production #AfricaClimateCrisis

Next Story
Tagged:
Copyright © 2022 United Nations Environment Program. All rights reserved. Distributed by AllAfrica Global Media (allAfrica.com). To contact the copyright holder directly for corrections — or for permission to republish or make other authorized use of this material, click here.