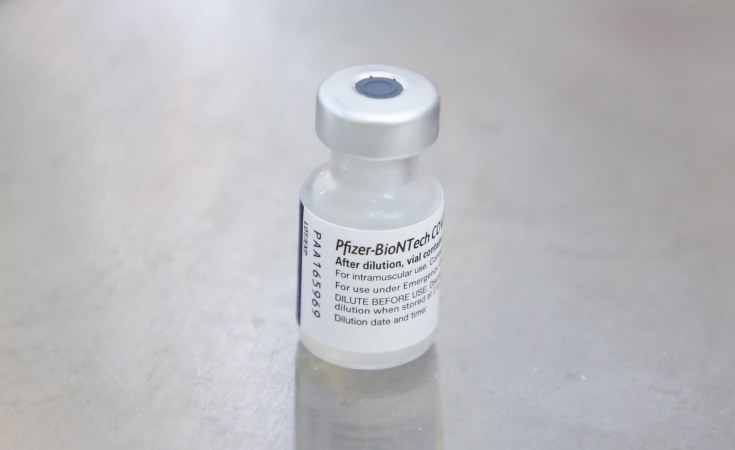 Nairobi — Rights group Amnesty International has issued a scathing report on the failure of global drug companies and Western governments to quickly provide COVID vaccines to millions of people in Africa. In its annual report, Amnesty says tens of thousands of deaths could have been prevented if companies put people before profits and if governments were less nationalistic.

In its report for 2021, Amnesty International says Africa was discriminated against by wealthy nations and international corporations who failed to quickly distribute COVID-19 vaccines.

Speaking in Nairobi, Deputy Regional Director of Amnesty International East Africa Sarah Jackson said African countries were among the last to get the vaccines.

"We see a global system that has prioritized vaccines for the few, that have prioritized vaccines for wealthy countries, and it's been very limited vaccine rollout in this region," Jackson said. "And yet at the same time, there are a host of lots of problems that has arisen in the way in which vaccines have been distributed that often come in at short notice with very limited expiry dates, and this makes it very difficult for governments to build effective information campaigns to overcome distrust, misinformation that is prevalence in some segments of the population."

African governments have struggled to purchase vaccines in the global market due to high demand and scarcity. Some African countries accused wealthy nations of hoarding vaccines.

"'Apartheidism' of vaccines you saw in the global north, vaccines that were expiring went to global south. In other words, Africa is seen as a nuisance value," Mwencha said. "But yet if you think of the pandemic, there is no way the rest of the world can be happy if Africa is sick."

The push has paid off as American pharmaceutical giant Moderna is expected to set up vaccine production plants in five African countries.

The Amnesty report praised Rwanda for vaccinating 40 percent of its population. Researchers were also encouraged by the effort of Burundian and Tanzanian authorities to focus more on the pandemic after they initially rejected health measures to contain the virus.

Still, only 10 percent of Africans are vaccinated, the lowest rate among all the world's continents.

Jackson says the government used lockdowns and restrictions of movement to abuse people.

"We've seen a number of governments in the region, particularly the year before 2020 but also sometimes in 2021, have limited right to freedom of assembly," Jackson said. "I am thinking in Ugandan context around the Uganda elections in the name of COVID-19, and this impacted the rights of citizens to organize to assemble."

Amnesty International is calling on African citizens to stand up for their rights and resist any attempt to muzzle their voices. The rights group will be launching a global campaign demanding respect for the right to protest.