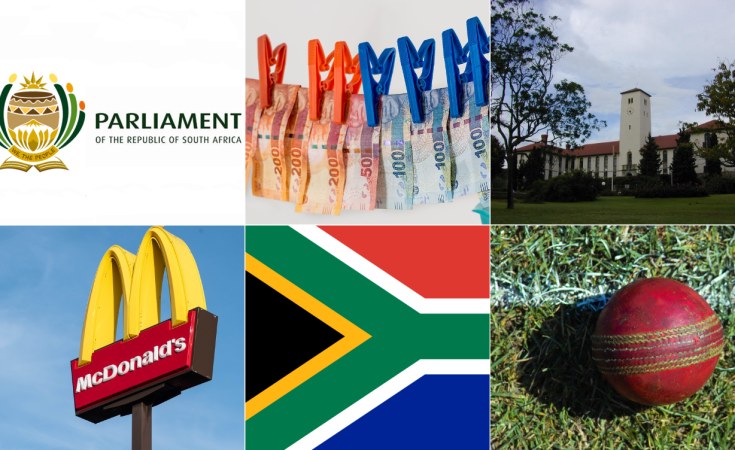 The no confidence vote brought by the opposition Democratic Alliance was defeated in a roll call vote in the national assembly on March 30, 2022. The motion was an opportunity to restore accountability, DA leader John Steenhuisen said.

The ANC, IFP, GOOD Party, NFP, AIC and Al Jama-ah voted against the motion, while the DA, EFF, FF Plus, ACDP, UDM and ATM supported it.

MPs who voted against the motion totalled 231 and 131 for, with one abstention.

The theft of R14 million of NSFAS money has seen Sibongile Mali, an education student, sentenced to five years' direct imprisonment by  East London Regional Court Magistrate Twanette Olivier. Mani  was found guilty of stealing R818,000 after R14 million was transferred into her account on June 1, 2017 - an error she failed to report.  Mani who was a recipient of NSFAS funding, was only entitled to a R1,400 monthly allowance for food. Mani went on a shopping spree for two months before she was arrested. In her sentencing, the magistrate said  the money was  "not spent on essential items to stay alive. It was inspired by greed not need".

Protests about Rhodes University's rape culture in 2016, led to the barring of Yolanda Dyantyi from the institution for life, after she was found guilty of kidnapping and assault during the protests.  Dyantyi, a third year BA student at the time, has been handed a lifeline by the Supreme Court of Appeal this week, overturning the finding of misconduct against her. Dyantyi's attorney could not be present throughout her hearing, due to other commitments and the court ruled that this prejudiced Dyantyi. The court ordered that Rhodes University reopens Dyantyi's hearing.

A former McDonald's employee Clement Seothaeng, 27, has been sentenced by the Pretoria North Magistrate's Court to 15 years - of which 10 years will be direct imprisonment for extortion and five years for malicious damage to property. Seothaeng had made a 20-second recording of himself spitting into a customer's McFlurry ice cream. He sent the clip to the manager from another phone, posing as a concerned customer and demanded R150,000 not to distribute the clip on social media. The manager reported the matter to the police and a trap was set, leading to Seothaeng's arrest. Prosecutor David Molokomme asked the court to impose a sentence that will serve as a deterrent to people who use social media for anti-social behaviour for undue benefits.

Proteas Women Bundled Out of Cricket World Cup By England

In their worst performance throughout their brilliant Women's Cricket World Cup showing in New Zealand, the Proteas are set to return home with a shattered dream of being the first South African side to make it to the final. It will instead be traditional rivals England, who trounced South Africa by 137 runs in this second semi-final, and Australia that will once again contest the showpiece on April 3, 2022. The Proteas dropped six catches, bowled 20 extras, which included 16 wides, setting the disappointing tone upfront before a batting collapse that saw them bowled out for just 157.