Africa: Is Betting On Oil and Gas the Right Choice for Africa? 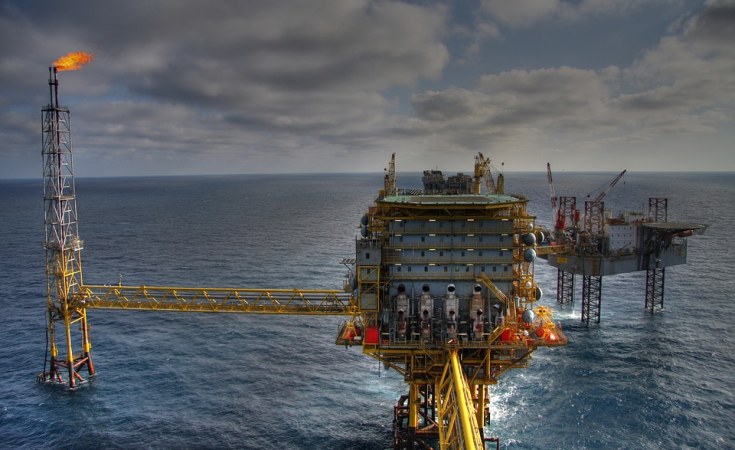 Late last year, a coalition of environmental and human rights organisations filed an urgent interim interdict in the Makhanda High Court to prevent Shell from conducting seismic surveys to explore for oil and gas off South Africa's Wild Coast. The case received considerable media attention in South Africa and sparked debate not only on the environmental impact of seismic blasting, but on broader issues around energy security, climate commitments, and what constitutes a 'just transition'.

These issues are not unique to South Africa and remain largely unresolved across much of the continent as governments try to balance development needs against climate commitments, and energy companies seek to maximise their profits in an increasingly turbulent sector.

In the context of a global energy transition, growing public sentiment against fossil fuel investments, and an increasingly hostile policy environment, oil and gas companies face some hard choices. Even before the COVID-19 pandemic and energy supply shortages associated with the war in Ukraine (which brought into sharp focus how vulnerable the global economy is to systemic risks and accelerated demand for sustainable and resilient assets), the sector was grappling with how to adapt to what will clearly be a low-carbon future.

Faced with uncertainty, oil and gas companies are choosing a range of strategic pathways in an attempt to reposition themselves in an environment of volatile energy commodity prices and rising carbon prices. Some are looking to double down on hydrocarbons, and exploit the next 30 to 50 years of demand without having to worry about new competitors in the marketplace.

Others are seeking to retire their most carbon-intensive wells and associated assets, while retaining their profitable core and exploiting new opportunities associated with low-carbon markets. Some companies are still looking to completely divest from hydrocarbons and use their experience in the energy sector to build their renewables portfolios.

Shell, for instance, has set itself a target to reduce its carbon footprint and become a net-zero emissions energy business by 2050 in line with the UN Paris Agreement goals. This will be difficult to achieve given the company is one of the largest fossil fuel producers in the world and plans to grow its oil and gas portfolios by at least 20% between now and 2030 too.

As studies have demonstrated, while natural gas emits about 50% less CO2 than coal, it is associated with higher methane emissions. Methane is a more potent greenhouse gas which some researchers argue negates natural gas's potential to be a "cleaner" bridging fuel between coal and renewables.

Climate Action 100+, an investor-led initiative to ensure the world's largest corporate emitters take necessary action on climate change, found that Shell has failed to disclose how it will align its investments and meet its own commitment to invest $6 billion in renewable energy. Moreover, the company is well behind on its 2025 investment goal.

While many developed nations are phasing down investment in oil and gas at home (Denmark, for example, recently cancelled all upcoming North Sea licensing rounds for oil and gas production in the North Sea), the industry continues to show substantial growth in Africa and is widely viewed by African governments as an opportunity to improve energy security, drive economic growth, and lower emissions.

The recent announcement by the European Union that it will reduce Russian gas imports by two-thirds of its current levels by the end of the year, means European countries (particularly Germany) will need to find new non-Russian supplies of oil and gas to ensure energy security. Germany and other European nations have announced a rapid scale-up of wind and solar. However, backup generation capacity is still required in the short to medium term until battery storage and related technologies can fill the gap.

These developments will likely be greeted with enthusiasm by Nigeria and other oil and gas rich states in the Sahara looking to increase their oil and gas exports. It could also potentially reinvigorate major infrastructure projects, such as the Trans-Saharan pipeline, envisioned to transport gas from Nigeria to Algeria via Niger and connect with the existing Trans-Mediterranean, Maghreb-Europe, Medgaz, and Galsi pipelines which all supply Europe from transmissions hubs on the Mediterranean coast.

However, insecurity in this region is a major obstacle. Oil and gas facilities, often with fixed field assets located in remote areas, have long been a major target for militant groups which have proliferated in the Sahel region in recent years.

Moreover, without strong institutions in place, the potential for investments to be mismanaged, and the risk of profits simply accruing to a political and military elite, is high. The Chad-Cameroon Petroleum Development and Pipeline Project serve as a prime example, becoming marred in controversy due to allegations of corruption and the diversion of revenues intended for 'poverty reduction' towards arms purchases by the Deby regime.

Southern African states are also looking to exploit oil and gas opportunities, with several major recent developments in the sector. For example, in Mozambique, offshore gas reserves are estimated to range from 50 to 100 trillion cubic feet (tcf). Major disruptions due to conflict in the Cabo Delgado region have, however, cast some doubts on the future of the project. In South Africa, shale beds beneath the Karoo region have been estimated to exceed 400 tcf. And in Namibia, an estimated 11 billion barrels of oil were found off the coast in 2012, spurring further exploration in the Orange River basin.

Read more on the conflict in Cabo Delgado here:

While Africa is increasingly being viewed as the "final frontier" for the oil and gas industry, and governments are keen to exploit the potential revenues these projects promise to yield, a number of questions remain as to whether continued investment in oil and gas exploration is the correct course of action for the continent. Allocating resources towards trying to ensure fossil fuel success necessarily locks countries into commitments that entail significant opportunity costs.

For instance, chasing oil and gas exploration in South Africa typically appears to come at the expense of ensuring - instead - that the next round of the Renewable Energy Independent Power Producers Programme is fast-tracked. Moreover, unless countries have a clear plan to reduce the fossil fuel component of their energy mix over time, they will become locked into megaprojects (like pipeline developments) that are susceptible to technical failure and unproductive rent-seeking.

Of course, it is easy to understand the charge of hypocrisy typically levelled at developed nations, which by and large created the climate crisis. Preaching to African states to divest from fossil fuels while enjoying the wealth that has literally accrued through burning fossil fuels leaves a bitter taste. However, ceasing fossil fuel exploration and investing heavily in renewables brings with it a host of benefits which could well be the better long-term option for African states.

Furthermore, in a context of democratic decline across large parts of the continent, oil and gas investments will likely serve only a connected political elite, deepen autocratic inclination, and not translate into energy security and development growth for the average citizen. Finally, the negative environmental impacts associated with oil and gas will increasingly outweigh those associated with renewables. For example, oil exploration in the Niger Delta region has led to extreme environmental degradation caused by oil spills and gas flaring. Oil spills destroy wetlands, pollute sources of drinking water, and decimate fish and the aquatic systems.

A committed transition away from new oil and gas exploration opens the space for African states to allocate resources to a 'leapfrogging' development trajectory that can truncate the historical relationship between income growth and environmental degradation.

Renewable energy projects typically do not rely on megaprojects like dam building, coal-fired power stations, LNG pipelines, and centralised energy transmission grids. They come onstream faster, enabling small businesses to thrive and local markets to flourish, and are increasingly cost-effective (financially and in terms of limited negative externalities). Because much of the continent's infrastructure has not yet been developed, African governments would seem well-advised to pursue a predominantly renewables-orientated future. This may help them to leapfrog their more industrialised counterparts.

Stephen Buchanan-Clarke is a security analyst with several years of experience working in both conflict and post-conflict settings in Africa, primarily on issues of peace and security; transitional justice and reconciliation; democratisation and governance; and preventing and countering violent extremism. He currently serves as head of the Human Security and Climate Change (HSCC) project at Good Governance Africa and is a co-editor of the Extremisms in Africa anthology series.

Leleti Maluleke is a Junior Researcher for our Human Security and Climate Change programme. She completed her Bachelor of Political Science in Political Studies in 2017, and her Honours in International Relations in 2018 at the University of Pretoria. She started her career at International SOS in the Security Services department as a Political Risk and Security Intern. Socially, her countries of interests include Mozambique, Zimbabwe, Zambia and Malawi.

Previous Story
Making the Right Choices for the Climate, Even in a Time of War #AfricaClimateCrisis
Next Story
Will Africa Really Be "Europe's Next Gas Station"?

Making the Right Choices for the Climate, Even in a Time of War #AfricaClimateCrisis

Will Africa Really Be "Europe's Next Gas Station"?

Next Story
Tagged:
Copyright © 2022 Africa In Fact. All rights reserved. Distributed by AllAfrica Global Media (allAfrica.com). To contact the copyright holder directly for corrections — or for permission to republish or make other authorized use of this material, click here.