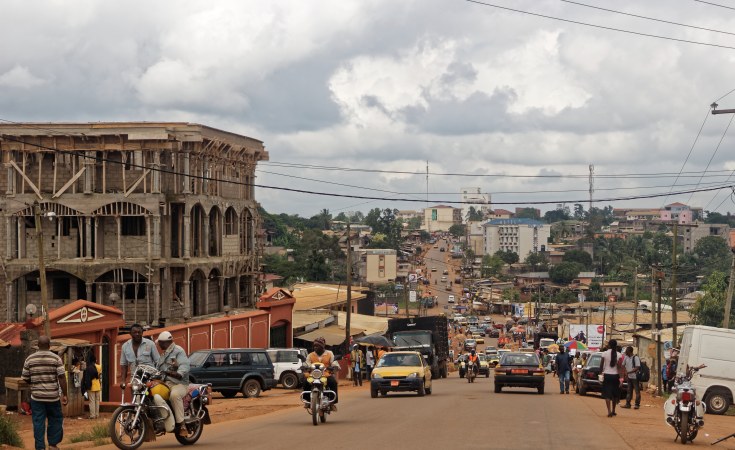 Yaounde, Cameroon — Authorities in Cameroon moved 150 children from the streets of the capital to centers for abandoned kids on Tuesday as part of its observance of International Day for Street Children. The government says the number of street children in Cameroon has risen sharply due to poverty, the COVID-19 pandemic and the conflicts at the nation's borders.

When they were found, some children agreed to go to shelters. Others refused and were given clothes and food.

Rachel Balafai, of head the Street Child Center, a Yaounde charity, said the search was conducted at night because that is when searchers believe they will find the children and can see the conditions under which they live.

Balafai said her association this week gave food and clothing to 230 street children who are from Cameroon's northern border with Nigeria. She said uninformed people in northern Cameroon make children believe there are opportunities to improve their living conditions in Douala and Yaounde, Cameroon's largest cities. Balafai said some of the children are orphans.

On International Day for Street Children, nongovernmental organizations and the government invited traditional leaders and the clergy to give support to the children.

The Council of Imams and Muslim Dignitaries of Cameroon took part at the event. Moussa Oumarou, the council's coordinator, said family members show know it is their collective responsibility to take care of their children. He said street children need love and care and should not be battered nor rejected nor ostracized by society religious groups. Oumarou said the government should remove all children from the streets and make sure they are given the fundamental human right of an education.

Cameroon reports that the number of street children in major cities increased from 10,000 to about 27,000 within the past three years. Some of the children are refugees fleeing instability in the Central African Republic. Others fled insecurity caused by Boko Haram attacks in northern Cameroon and the conflict between the government and separatist groups in Cameroon's western regions.

Pauline Irene Nguene, Cameroon's minister of social affairs, said several conflicts Cameroon and its neighbors are experiencing contribute to the increase in the number of street children. She said the government struggles to contain the crises and is working to return children and displaced persons to their communities. Cameroon is encouraging families and communities to assist the government by providing shelter, accommodation and access to education for the street children.

Speaking on Cameroon state radio CRTV, Nguene said the government will house, feed and educate street children and urged them to leave the streets. She said at least 250 children have either been reunited with their families or enrolled in schools within the past year.

The government says the number of street children may continue to grow in the urban centers where about 40% of the population lives below the poverty line.