Kenya: Nairobi Expressway in Pictures - the Do's, Don'ts And How to Access It 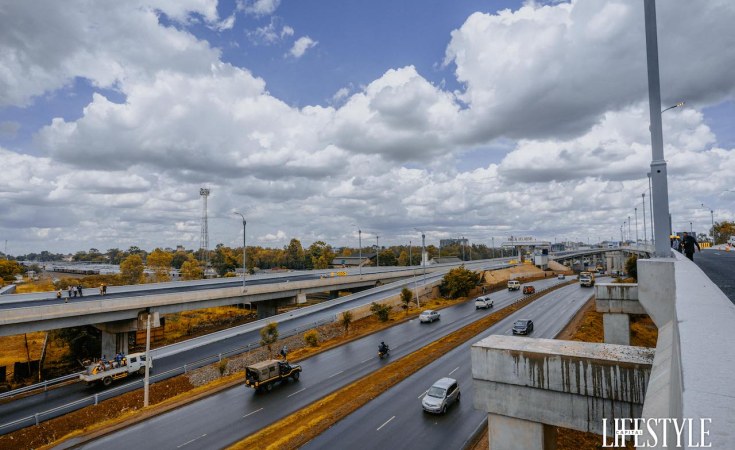 Capital Lifestyle/Capital FM
The Nairobi Expressway was opened on May 14, 2022.
Capital FM (Nairobi)

The long-awaited Nairobi expressway - a 27.1km road from Mlolongo passing through Jomo Kenyatta International Airport (JKIA) and Nairobi's CBD to the James Gichuru junction along Waiyaki Way is finally ready for commissioning.

The over US $560m road project is the first of its kind in Kenya and is expected to reduce time spent on Mombasa road at rush hour from approximately two hours to between 15 and 20 minutes.

The Kenya National Highways Authority (KeNHA) is urging motorists to start making arrangements to access the Nairobi Expressway once it is commissioned by President Uhuru Kenyatta even as a few people have been allowed to use it in a pilot program that is currently underway.

Speaking to Capital FM News, the Authority's Corporate Communications Deputy Director, Samwel Kumba stated that there are three modes of access to the Expressway that include an On-Board Unit (OBU) which has to be installed in personal vehicles at a cost.

He explained that the OBU is preloaded and when vehicles approach the toll station, the system is scanned, and motorists can drive through without stopping.

"The beauty with OBU is that it reduces the time you take at the entry and exits because as you approach, it detects and automatically opens. It is a drive through. Currently with the operating company installing the OBU, if you have Sh5,000 you install it and once the road opens you will have the amount to use as the toll charges," he said.

There will also be a cash payment option and a preloaded card option with attendants at each toll stations to assist motorists.

Motorists using the Nairobi Expressway will be required to move at a speed of 80km/hr once opened to the public.

Several activities have also been prohibited on the expressway, including U-turns, reversals, graffiti, race cars and scribbling on expressway property and setting up billboards without prior authorization.

Nairobi Expressway Not Yet Open to the Public - KeNHA